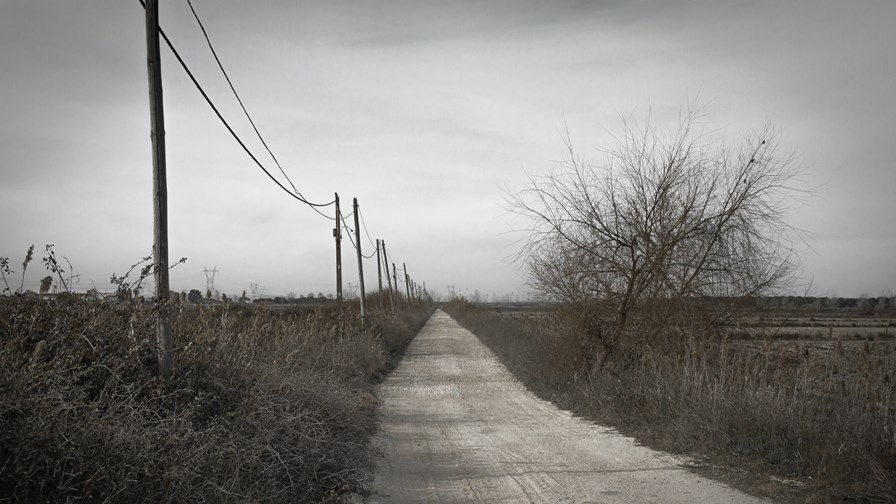 Consumer and business rage at the endless bad joke that is "Broadband Britain" has now reached boiling point. So angry are those in the far, far too many areas of "this sceptred isle… this other Eden", who are effectively disenfranchised from membership of the Information Society, that even our massively metro-centric Government is at last starting to pay serious heed to the glaring inequalities in broadband access that bedevil or right little, tight little island. Thus, back in May, before the arrival of a prime minister with the same name, at the opening of the current session of the UK Parliament, our 90 year-old monarch, Queen Elizabeth II, announced that her government would pass legislation making the availability of and access to high-speed broadband everywhere in the United Kingdom an enforceable legal right.

Matt Hancock, the government minister responsible for Digital Policy, represents West Suffolk, a rural constituency in the far east of England where broadband access can be problematical to say the least of it. Mr. Hancock says, "The government is committed to a Universal Service Obligation (USO) for broadband, because broadband is increasingly not a 'nice-to-have' but an absolute necessity. Thus we want a USO at a speed of 10Mbps as an absolute minimum, enough to meet the needs of a typical family or small business so no-one is left behind."

Fine and overdue words but although they have now been uttered, nothing will change very quickly. The upcoming Digital Economy Bill will see the USO requiring an initial minimum download speed of 10 Mbit/s enacted but the broadband USO will not come into force until 2020 so there's no desperate need for BT to clamber atop its high horse and gallop off to tilt at distant windmills. But it has. The UK's still-powerful, still mollycoddled and still overweeningly arrogant incumbent telco, is yet again heading its ugly rear.

Shock!Horror! Householders are streaming content on more than one device simultaneously. Stop it at once!

BT remains an unwieldy but pampered behemoth after decades of scaredy-cat, kid-glove preferential treatment on the part of the telecoms and media regulator Ofcom and is smug and fat with a sense of entitlement to special treatment. It has obfuscated, prevaricated and done everything it can to maintain its position as a quasi-monopoly in various areas of the market despite the regulatory opening-up of the competitive telecoms environment in general and the local loop in particular.

And now BT it is actually resisting the enactment of a new USO on the utterly fatuous grounds that, in its almighty opinion, rural households and businesses should be restricted to the use of one device at a time to stream digital content! And this despite the fact that the company spends millions of pounds a year on trying to persuade potential subscribers to sign up to its broadband offerings and use as much as they want on any devices they want. You couldn't make it up.

This is from BT advertising being shown on the BT website this very morning: "Brilliant home wi-fi has arrived. Thanks to its massive power and clever tech, the BT Smart hub can turn your home into wi-fi heaven. The BT Smart Hub is designed to give you super-reliable wi-fi signals. With fibre broadband get your entire household online at the same time. Superfast fibre broadband is ideal for HD streaming, catch-up TV, gaming and more. Delivers smooth high-definition video". Maybe it does to some, but that 'some' is only a part of the population.

It goes on (and on), "You can get either BT Broadband or superfast BT Infinity with unlimited usage. No more worrying about hitting your usage limits. Our unlimited packages give you real peace of mind. Unlimited broadband. Get total unlimited usage every month. Download and stream with no restrictions. We won't slow you down." Except, of course where BT provides no fast broadband access at all. In many areas there's nothing to slow down in the first place.

BT also remorselessly pushes it BT Sport channels which carry a wide variety of streamed sports content ranging from Premier League football and rugby through to motor racing and darts. These premium channels requires streaming capability at the domestic premises to be able to view them and BT's advertising points out that punters can watch BT Sport on BT TV, SKY TV,btsport.com and the BR Sport app  - all of which, strangely enough, can be viewed on different devices. Between them, BT Sport and Sky Sports recently paid £5.1 billion for the rights to show some live football games between this year and 2019. BT could provide a hell of a lot of fast broadband infrastructure for its share of that!

In response to Ofcom's new USO consultation document, BT argued that fast broadband speeds could be rolled out to rural areas "without seeking to impose a regulated solution on the industry". Well it would, wouldn't it? If it was regulated it would have to do something meaningful about it.

BT added, "Must a USO broadband service always be capable of delivering multiple video streams (HD or SD) to multiple users at the same time? And, "Must a USO delivered video service always be available in the highest quality even though such quality differences may not be perceived by the human eye or indeed have a marginal impact on the viewing experience?" The answer? In a nutshell is 'Yes it damned well should'. Just think of the coaches and horses that BT would drive through any loophole that its phalanxes of lawyers would be able to find if the issue was fudged by the regulator. And Ofcom has had fudge all over its face since the day it came into existence, fittingly enough, at Christmas in 2003.

And what about this one for panglossian sophistry? "Social inclusion is unlikely to require multiple simultaneous uses and even if it did, the typical UK household is approximately two people and less than 20 per cent of UK households have four or more people". Don't you just love that "approximately"? It's an argument (if that is what it is) that simply beggars belief.

Structural separation of Openreach from BT now an urgent necessity

As you might expect, all of BT's broadband services (along with, it must be said, just about every other ISP of whatever stripe) are subject to the weaselly proviso of access speeds that are still, quite legally. described as being "up to" headline figures that are actually delivered to just 10 per cent of an ISP's subscribers. The upload figures are nonsensical and together they are a meaningless and misleading measure to 90 per cent of customers and it high time the advertising standards authorities stamped on this rotten practice.

In recent weeks a survey conducted by Britain's Local Government Association (LGA) the body that represents more than 375 municipalities across England and Wales, revealed that during busy periods, such as after 18h00, access speeds in rural areas falls to 2 Mbit/s or even 1Mbit/s. LGA spokesman Mark Hawthorne comments, "Broadband users deserve greater honesty and openness about the download and upload speeds they are likely to receive depending on their location." Meanwhile, municipalities in England and Wales (and no doubt in Scotland and Northern Ireland too) are asking Ofcom to monitor the broadband access speeds delivered under the the terms of the USO and for the minimum speed of the obligation to be set as a percentage of average national download speeds. Now that would put the cat among the pigeons.

Meanwhile, Ofcom, which last month enraged subscribers and consumer protection organisations alike by its willful determination once again to cop-out on making a meaningful and long-overdue decision to end BT's de facto monopoly by forcing structural separation from its wholesale broadband division 'Openreach', and perhaps mindful that after months of being distracted by the EU Referendum, the UK government now has a watchful eye on the regulator, has finally summoned-up the intestinal fortitude to reject BT's demand that the authorities remove from its deliberations the commitment to include minimum broadband speeds in the new USO. "Ofcom considers that commercial broadband delivery has not, to date, succeeded in meeting the needs of a significant number of UK households and is unlikely to do so in the near future," it said, with masterly understatement.

Elsewhere the conservative MP Ed Vaizey went on the record to say, "I don't agree with BT that we shouldn't have a 10Mbit/s floor. 10Mbit/s is the right level because in a multi-person household if three or four people try to use the wifi they need that speed". And the ultra-conservative (with a small 'c') National Farmer's Union (NFU) is demanding that broadband access must be "future proofed" at 15Mbit/s, triple the 5Mbit/s rate proposed earlier by the government itself. "Otherwise" says NFU, "by 2020 it could just end up as being the equivalent of dial-up speeds today and hence not fit for purpose."

Openreach was set up a decade ago in the aftermath after Ofcom’s original review of BT in 2005. In it the regulator "did find evidence” to show that Openreach “still has an incentive to make decisions in the interests of BT, rather than BT’s competitors, which can lead to competition problems“. It also said that “other telecoms companies have not been consulted sufficiently on investment plans that affect them“.

However, despite that indictment Ofcom simply required BT to perform "functional separation" by opening part of its network to competition, which led to Local Loop Unbundling (LLU). As far as BT's rivals are concerned, functional separation has failed and claim that the incumbent maintains a hammer-lock on the local loop to this very day.

Ofcom compromised then and missed its chance to force radical change on BT and decade later, no doubt much to incumbent's unspoken delight and surprise, Openreach remains well and truly inside the BT big tent while competitors outside are left feebly widdling towards it in the cold wind. A couple of weeks ago, the regulator, worried that BT will make real its threat of "a decade of litigation" if Ofcom enforces structural separation, again failed to bite the BT bullet and compromised once more, this time rationalising its non-decision by saying that “separating Openreach from BT would be a major undertaking, and we can't afford to wait for better broadband." Pathetic.