Are Gigabit Cities worth the investment, and will they deliver on their promise? 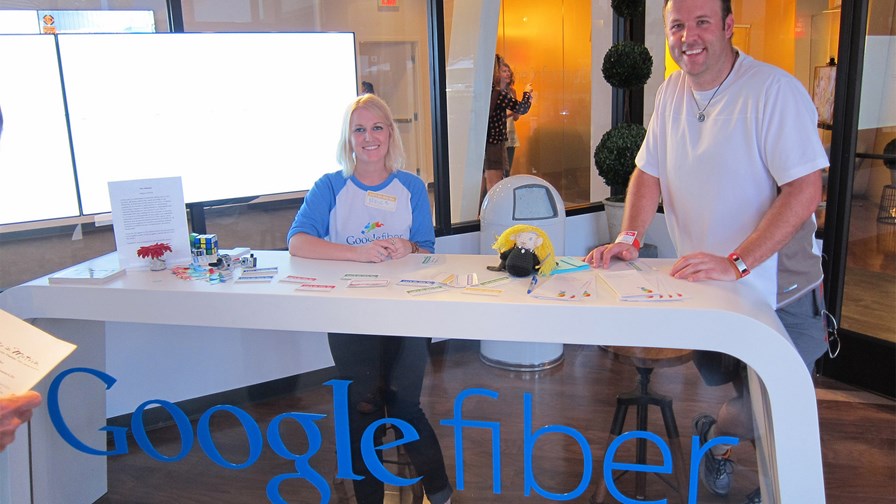 Cisco yesterday unveiled a new technology that it says will help cable multiple system operators (MSOs) to leverage their existing broadband infrastructure investment and offer a Gigabit-service tier. Its new shared port adapter is an upgraded line card for its broadband router used in cable modem termination systems, and increases the number of downstream channels from 1,100 to over 1,700 within the same rack space.

All very well and good, but what does that actually mean, and why would cable operators be interested?

“This upgrade enables MSOs to cost effectively deliver Gigabit services across their footprints without delay,” said Brett Wingo, VP & GM of Cable Access for Cisco. “It is another example of how we are leading our customers through a cable network transformation, helping them build cornerstones for the future with architecture that supports Gigabit services today, and enables SDN and NFV migration.”

Gigabit is the new broadband buzzword for operators around the world, whether they be telcos, ISPs, cable companies or municipalities. More specifically, they are all looking towards creating Gigabit Cities – clusters of fibre-based ultra-high speed networks that provide consumers and businesses with the option of buying services of 1Gbit/s – a staggering amount, when you consider that in the US, for example, crown-sourced monitoring service Ookla puts the average downlink speed at a humble 29Mbit/s.

The world caught on to the idea of Gigabit Cities when Google announced its intention to create fibre-based coverage in selected cities in the US in order to test out new bandwidth-intensive services. After unprecedented interest from cities across the US, all of whom were keen to reap the potential economic rewards of hosting such networks, and equally all of whom had no chance at the time of getting a similar network from telcos and cable operators, Google set up shop in Kansas City. It then took over a failed operation in Provo, Utah, to create its second city, and will be switching on its network in Austin, Texas very soon. A further nine locations are currently being assessed.

Kansas City wasn’t the first Gigabit location in the US though, as the authorities in Chattanooga, Tennessee had seen fit to build its own network, run by the electricity company, some years earlier. And it’s still going strong, despite political attempts to restrict its operations to the city itself and prevent neighbouring communities from taking advantage of 1Gbit/s network access.

The reason for this political mistrust stems from the fact that there are entrenched battle lines in the US between the commercial providers (telcos and cable companies) and tax-payer funded municipal operations. The arguments continue to be fought in the courts, and as yet there is no federal ruling in place, despite the fact that the chairman of the FCC wants to see more competition and is favourably inclined towards municipalities getting involved in broadband provision.

The incumbents are not about the cede territory (and revenue) to newcomers though. AT&T has already got Gbit/s coverage in three cities in Texas – Austin, Dallas and Fort Worth. It has confirmed a further 12 metro areas across the US, with ten more under consideration. Cable company CenturyLink has Gigabit City coverage in selected areas of ten US cities, with six more for business only. More have announced plans.

But in the rush to proclaim Gigabit City status, many have not read the small print. Most of these operations have limited geographic access. Basically, the operators poll residents and then deploy fibre on a street-by-street basis – if enough residents request it or pay deposits, then and only then will they dig up the street and lay new cable. The economics of installing Gbit/s coverage is far different from the older model of rolling out phone lines or cable TV.

Economics also comes into play when considering the merits of Gigabit Cities themselves. Last week, the Fiber to the Home (FTTH) Council Americas published a study conducted by the Analysis Group to quantify the contribution of fibre-based broadband to GDP in US communities. It found that communities with widely available gigabit access have per capita GDP that is 1.1 per cent higher than communities with little to no availability of gigabit services.

“In dollar terms, this suggests that the 14 gigabit broadband communities studied enjoyed approximately $1.4bn in additional GDP when gigabit broadband became widely available,” said FTTH Council president Heather Gold. “We can clearly conclude that every community should be a gigabit community.”

Back in January, former FCC chairman Julius Genachowski issued a “Gigabit City Challenge”, calling for at least one Gigabit community in all 50 states by 2015.

“American economic history teaches a clear lesson about infrastructure. If we build it, innovation will come,” said Genachowski. “The US needs a critical mass of gigabit communities nationwide so that innovators can develop next-generation applications and services that will drive economic growth and global competitiveness.”

The ball is certainly rolling, and interest is picking up at a considerable rate, although getting a working and inclusive Gigabit City in all 50 states in the next three months is looking like a dream to far.

There also remains a danger that the ability the “pick and mix” which locations should get Gigabit speeds (predominately the more affluent areas of a city) will result in a widening of the digital divide – those with good access will get even better access, whereas those without will remain without. Whether high-speed wireless will be able to plug these gaps is another question, as we are already seeing R&D work on developing next generation gigabit cellular.

The industry must avoid the temptation to over-deliver FTTPR (fibre to the press release), as our colleagues over at DSL Reports would say. The technology promises so much; there is no need to over hype it. We must also be aware that Gigabit fibre will change the product make-up of service providers, cannibalising legacy products such as leased lines in favour of new revenue streams. This is no bad thing; it’s natural market evolution. Just make sure no parts of society are left behind.