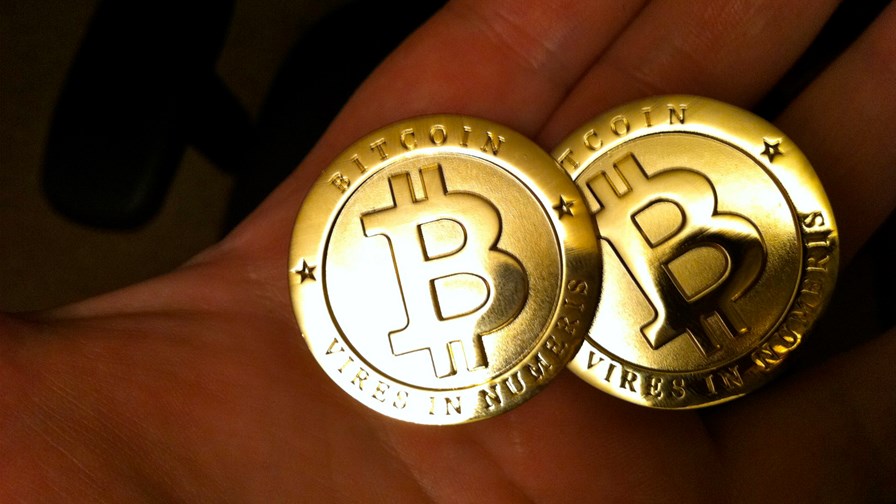 It was the playwright George Bernard Shaw who wrote, "Those that can, do. Those that can't, teach". However, it turns out that may not always be the case, as the exploits of Lei Hua, a head teacher in Hunan province in the People's Republic of China go to show. The Party pedagogue with an entrepreneurial streak as wide as the Yangtse and a fine disregard for state-operated utility companies, set up in his school a full-on crypto-currency mining operation comprising an array of eight specialised computers optimised for the mining of 'Ethereum".

In crypto-currency mining new coins can be accumulated in payment for the recording and maintainance of the "public ledger" of every transaction that has taken place for crypto-currencies such as Ethereum and Butcoin. The pre-requisite to be able to do this is access to a lot of computing resource that relies on specialised task-specific chips that gobble up a huge amount of power.

Essentially, crypto-currency mining rigs, which run continuously 24 hours a day, seven days a week, 52 weeks a year, work best and quickest when they are in a linked array to maximise their processing power. The rigs validate transactions on a given network and those owning and running the mining operation cream-off newly generated crypto coins into a separate account. It can make people rich (virtually at least) but converting the ill-gotten gains into real, tangible, physical money is much more difficult - but that's not to say it hasn't been done. Indeed it is still being done.

Lei Hua bought a 10,000 yuan computer with his own savings for the explicit and sole purpose of mining crypto-currencies. At first it was sited at his home a few miles from the school where he was the headmaster but then, when he got a couple of hefty electricity bills, he surreptitiously, and over several nights, moved the equipment to a store-room at the school and connected it to the power supply. Over the following months Hua expanded his network to a rig of eight mining machines. Each one consumed 21 kilowatt-hours of electricity every 24 hours. He also linked the machines into the school's computer lab.

Staff complained that teaching classes had become all but impossible due to the incessant, loud whirring, clanking and humming noises coming from locked and out-of-bounds storeroom. Lei Hua said the room had been converted to accommodate new air-conditioning and heating equipment, even though there was no sign of any new trunking or ducts anywhere in the school or any outside workers installing anything. He also explained to the school secretary and support staff that the school's vastly increased electricity bills were because the new (but unseen) cooling and heating equipment was very power hungry.

Only one teacher, Hua's deputy, followed up on the complaints and eventually his persistence (and the headmaster's fear that he would be unmasked) resulted in his being allowed to participate in the scam and he duly installed his own mining rig and attached to to the network to bring the strength of the array up to nine continuously operating machines.

Then, this summer, an electricity bill for 14,700 yuan (that's some US$2,300) arrived. Hua tried to gloss over it but the secretary reported the bill, (which was enormous by the standards of a provincial Chinese school) and the authorities sent a "Discipline Inspector" to the establishment. Hua and his deputy were caught bang-to-rights. They even hadn't had the nous to spirit the computers and cabling out of the school and hide them away.

Hua and his deputy were arrested and he admitted that he has been running the arrays between June 2017 and August 2018. The deputy admitted to being in cahoots with the headmaster since January this year. Both men were fired from their posts and made to pay all the money they had made over to the Chinese state. The headmaster was found guilty of fraud and is now in jail, which goes to prove that those that get caught defrauding the Chinese state do a lot of porridge (if they avoid being shot).

The PRC China plays a big part in crypto-currency mining and some of the world's biggest manufacturers of mining hardware. One such, Beijing-based Bitmain is actually planning an IPO (initial public offering) on the Hong Kong Staock Exchange in the near future. However, it remains to be seen if that will happen. In recent months, as the Chinese economy has slowed and as US imposed trade sanctions and increased tariffs begin to bite, the Chinese authorities are restricting crypto-currency trading in general and mining in particular. What's more, the price of Ethereum crypto-coins has plummeted by 74 per cent since February this year as the market has sunk and soured.

Interestingly, this very week the Court of Arbitration of the Shenzhen International Court in southern China ruled that crypto-currencies are to be recognised as a legal asset in Chinese law. Simultaneously, the court ruled that any Chinese company engaged in any civil dispute over the legality of crypto-currency will not be heard. This means companies and individuals using virtual currency in business transactions are doing so legally and crypto-currencies are regarded in law as having real economic value as an asset and as actual property, even though the currency itself is virtual. Confused? You are not alone.

By the way, you might think Lei Hua is an idiot but at least he's not dangerous. Back in mid-winter in the frozen Russian wastes deep underground in a nuclear warhead storage 'facility', nine nuclear scientist were arrested for using the installation's supercomputers to mine Bitcoins. Nothing has been heard of them since and there is no sign when, or if ever, the case will come to court.