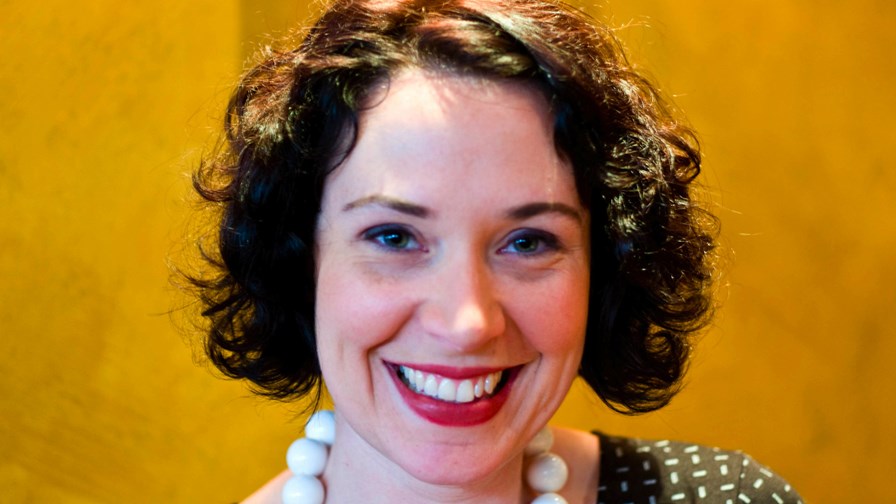 This week a TelecomTV crew is in Phoenix, Arizona reporting from the eighth meeting of the ETSI NFV ISG. The atmosphere is friendly, collegiate and inclusive. There's a lot to be done as NFV moves from Phase 1 to Phase 2 of its existence and time is of the essence if the proposed timetable for the deployment of widespread commercial NFV services by 2016 is to be met.

However, the world outside continues on its merry - or not so merry - way, regardless, and one of the subjects most exercising the local and national media here in the US is the revelation that a senior executive of Uber, the controversial ride-sharing app and service, infamous for its pugnacious stance on just about anything and everything that is not in accord with its own peculiar world view, wants secretly to investigate the private life of journalists (and their families) who have the temerity to criticise Uber, its business model and corporate ethics - or perceived lack of them.

Presumably the results of any such clandestine surveillance would have been used as a form of threat and coercion to try to stem negative publicity and curtail journalistic endeavour. However it all went spectacularly wrong and has provoked a furious public backlash as well as once more putting a spotlight on the malicious and wrongful use of data collected by private companies.

Uber is headquartered in San Francisco and operates across multiple international locations around the world. The company has roused many established taxi and hackney carriage operators to apoplexy because the Uber smartphone app connects would-be passengers with drivers of all sorts vehicles (and drivers) for hire while circumventing the rules and regulations that 'traditional" taxi services must observe.

Customers use the app to request rides and track their reserved vehicle's location. As of the beginning of September this year, the service was available in 45 countries and more than 200 cities and was valued at US$18.2 billion.

Now, you'd think that with that sort of strength, popularity (with the travelling public at least if not with traditional taxi services and regulators) and value the iconoclastic Uber would be adult and thick-skinned enough to take it on the chin when facing reasoned criticism in reference to its business methods and use of customer data.

You'd be wrong though. Last week one senior Uber executive decided that the best way to stop bad press would be to threaten the very institution of the press itself and that sort of thing flies in the face of jealously guarded First Amendment Constitutional rights and does not go down at all well with the Fourth Estate in the USA. Hence the furore.

We all know that tech companies continually collect, manipulate and archive detailed records of users’ communications, Internet browsing habits and, as is the case with Uber, even their physical movements hither and yon.

Last Friday, Emil Michael, Uber's Senior Vice President for Business, referring in general to journalists who have reported on various Uber shenanigans in less than glowing terms, and to one female writer in particular, said he would be willing to spend a million dollars of the company's money to dig up information on “your personal lives and your families" and give the media "a taste of its own medicine." He added that he wanted to expose "a particular and very specific claim" about the private life of journalist Sarah Lacy.

Uber already has form in this area. Not long ago another company executive found himself under fire for having accessed and rootled though the private travel records of a Buzzfeed reporter who had written an article criticising aspects of Uber's business and its cavalier attitude to data protection. Of course he did so without either notifying or asking the permission of the person concerned.

This determination deliberately and vindictively to break data privacy commitments and requirements in an effort to gag the media has resulted in what is being described on social media sites here as a 'shit storm of opprobrium' and landed Uber with some very unwelcome press, radio and TV attention.

So now Uber's old stained and grubby washing is once again being re-rinsed in full public view - including an infamous 2012 blog post in which a company official analysed anonymous cab ride data in Washington DC and other US cities in an attempt calculate the number of evening, overnight and weekend sexual dalliances enjoyed by Uber customers. The were referred to as “Rides of Glory.”

And, of course, it's not just Uber that is playing fast and loose with customer data - it's just that this time a senior Uber exec opened his big gob and put his foot right in it, tonsil deep. He is now apologising (as is his CEO Travis Kalanik) and backtracking as fast as he can but the cat is out of the bag and the damage is done. Calls for Emil Michael to resign are growing but, so far he is brazening it out saying that he thought his threatening remarks were "off the record."

In fact, when one of the witnesses to his intemperate musings pointed out that he might be making a rod for his own (and Uber's) back he replied, "No one would ever know it was us".

When, as might be expected, the manure duly hit the twirling blades, Mr. Michael tried quickly to rationalise and excuse his outburst. He said, "The remarks attributed to me at a private dinner, borne of frustration during an internal debate over what I feel is sensationalistic media coverage of the company I am proud to work for, do not reflect my actual views and have no relation to the company's views or approach." Well in that case why articulate them?

As Chris Hoofnagle, a professor of law at UCLA un Berkeley, California, says, “We have never in history been at a point where we were more extortable. We now have to think about how the service provider itself can be a threat.”

Uber doesn't own any taxi cabs nor does it employ any drivers. It acts simply as a high-tech broker linking a prospective fare to a nearby vehicle anddriver. As such it is purely a data company that is steadily compiling a massive database of customer information. What it is ultimately to be used for is anyone's guess. All the company will say is that “Uber has a strict policy prohibiting all employees at every level from accessing a rider or driver’s data. The only exception to this policy is for a limited set of legitimate business purposes.” So where does that leave Mr. Michael and why has he not been fired? Could it be that he's got something on his boss? After all, what's sauce for the goose is a source for the gander.