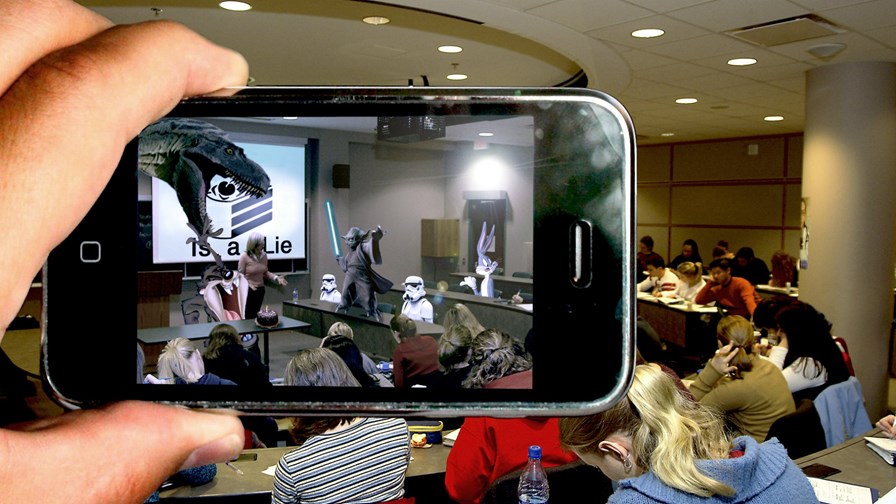 Verizon is going to use 5G to put some zip back into its disappointing media properties, unkindly characterised as dinosaurs when it spent about $4 billion each on AOL and Yahoo back in 2015 and 2017 respectively. Unkindly - but fairly accurately - as to now  Verizon hasn’t been able to squeeze any extra profitability out of them.

Now that’s all going to change once it applies 5G to the mix, the telco claims.

According to announcements made at an event in New York , it intends to apply new augmented reality (AR) and extended reality (XR) content via 5G, and it showed examples of the kind of future content it intends to produce, showing off a shopping experience ( called Hypezilla) which enables customers to try out products via AR.

That sort of thing has been around for a while (my current glasses were selected in just such a manner), but it’s also announced a collaboration with the likes of The Associated Press, Reuters and TIME to produce ‘immersive news experiences’ going one step further using using extended reality (XR). This is AR with more jiggery-pokery built in, mixing body camera footage with live commentary and so on.

According to Yahoo News, which will have an XR partner program, the idea is to “amplify original journalism through innovative formats that create deeper empathy and understanding while bringing readers closer than ever to news stories around the world.” Sounds to me like it will feature police car and helicopter pursuits, shootouts, aggressive scuffles and the like - the sort of thing that currently gets covered on US TV news, but with more ‘amplification’.

But we shall see. Don’t rush to judgement.

And it will “publish several AR experiences, including a feature reported from the US southern border that will give readers a new lens through which to experience the border wall and understand immigration issues. Additionally, Yahoo News will publish an immersive, sensory feature that places readers virtually alongside a crew of California firefighters as they prepare to battle through the state’s wildfire season.”

Currently these sorts of applications can be accomplished over 4G and, of course, over high speed fixed residential broadband, but the 4G network tends to get strained if too many XR sessions are running at the same time. While industries ranging from entertainment to manufacturing currently use extended reality over the 4G network, these apps require a lot of data to be processed which can strain the network.

That’s why 5G will be a game changer, claims Verizon. It’s characteristics -  capacity, speed and latency - will enable XR applications and spur a real jump forward in screen and helmet entertainment (until the holograms are unleashed).

2022 will see increasing AI role in augmented and virtual reality