Will this be Europe’s decade of FTTH success? 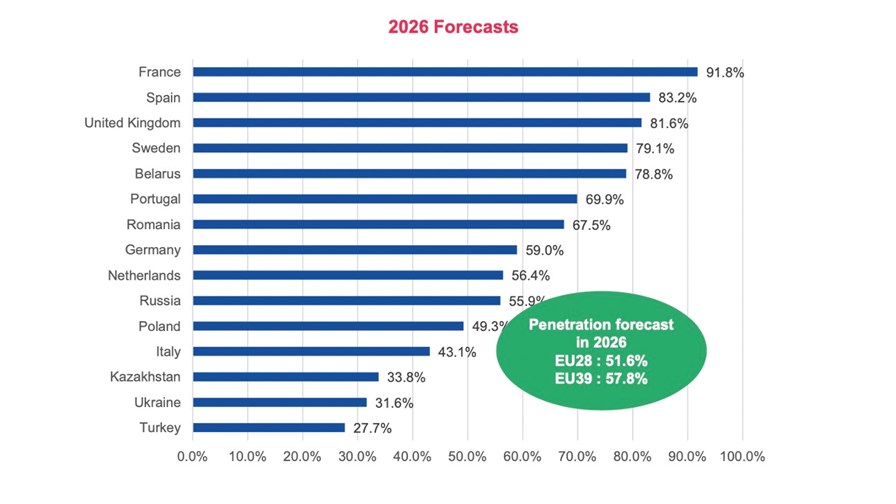 Europe’s track record with fibre-to-the-home broadband rollout and penetration has been patchy in the past two decades to say the least, and downright disheartening for much of that time if you’re a Brit.

But there’s now evidence of greater investment and more competition and, despite the impact of 2020’s lockdowns and disruptions, the future looks rosy for access to fibre broadband, and the uptake of services, across Europe, if a new forecast undertaken by research firm IDATE for the FTTH Council Europe is in any way accurate.

By comparison, France boasts a current rate of 35.5%, while Spain is at 62.3%, showing that the right rollout policies and investments can make a real difference in major markets.

But money is being pumped into fibre rollout in both the UK and Germany right now and that is set to have a dramatic effect in both countries in the coming few years: IDATE expects the UK FTTH penetration rate to rise dramatically in the next five years and hit 81.6% in 2026, while Germany is forecast to reach 59% in the same year, as the graphic above shows.

And as we have found out this year, high-speed, environmentally-friendly fibre broadband networks and services are vital to the support of flexible working patterns.

Let’s hope the forecasts are at worst accurate and at best, conservative. For more details, check out this FTTH Council Europe announcement.