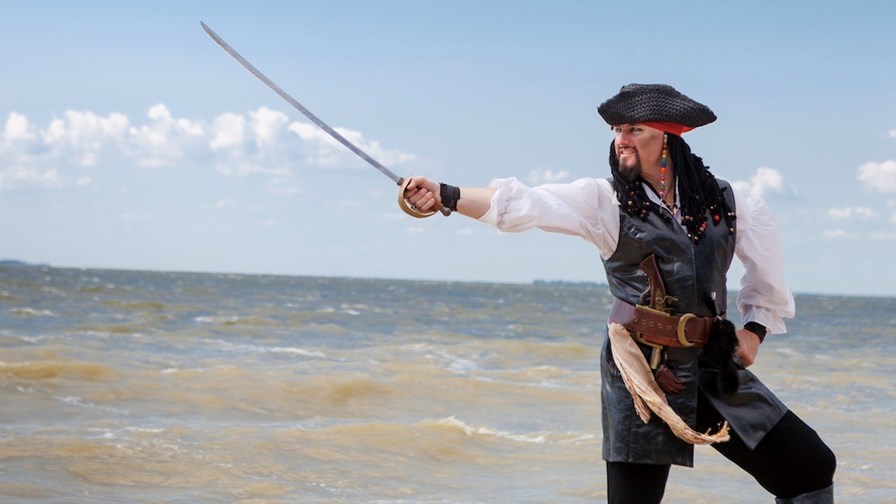 In today’s industry news roundup: Major US broadband service providers sued by film production companies over alleged piracy negligence; Inmarsat and Viasat edge closer to the altar; the RAN market is on course to be worth $45bn by 2030; and more!

The marriage of UK satellite company Inmarsat and its US rival Viasat seems to be approaching its happily-ever-after stage. The two companies issued a joint statement to confirm that approval has been granted under the National Security and Investment Act to combine their operations, after the UK Secretary of State for Business, Energy and Industrial Strategy (BEIS) identified no national security risks following the deal completion. Specifically, the authority recognised there are controls in place to protect information from unauthorised access and, in addition, the two companies continue to provide “strategic capabilities” to the government. The pair’s commitments include providing new “highly skilled jobs” in key areas of the sector and a 30% increase in research and development spending in the UK, in line with the UK’s National Space Strategy. While this is a positive sign for the two companies, they still need to obtain clearance from the UK Competition and Markets Authority (CMA) which initiated a probe in August and plans to make a decision by 5 October. In November 2021, Viasat announced its intention to take over Inmarsat for $7.3bn – see What’s up with... Viasat & Inmarsat, Infrastructure Act, MTN & Telkom.

The overall radio access network (RAN) technology market is set to be worth more than $45bn per year by 2030, driven by a broader range of use cases and the availability of more spectrum, according to research house Dell’Oro Group. (The sector is set to be worth about $40bn this year.) By that time, the Dell’Oro team expects investment in Open RAN to account for more than 20% of the total market, so at least $9bn by 2030. If that prediction is in any way accurate, that means most RAN spending, even as 6G networks are emerging, will go on systems “based on custom silicon and proprietary interfaces”. Such a vision doesn’t tie in with the expectations of the more ardent Open RAN supporters, which expect Open RAN-based infrastructure to dominate wireless networking by the time we get to the 6G era. Such an outlook certainly has ramifications for the vendor community, of course, but also puts into question whether distributed telco cloud platforms will be the dominant enabling architectures by the end of this decade. For more on Dell’Oro’s crystal-ball gazing, see this press release.

Private wireless network security system specialist OneLayer has secured an investment and a deployment contract from US conglomerate Koch Industries. As well as being selected by a subsidiary of the company to provide the security technology for a private 4G network deployment, Tel Aviv, Israel-based OneLayer has also attracted a US$6.5m equity investment from Koch Disruptive Technologies (KDT), taking the total investment it has raised so far to $14.5m. Read more.

Rakuten Mobile, subsidiary of Rakuten Group, took a step towards boosting its environmental sustainability efforts, in the form of an agreement with the group’s electricity services subsidiary Rakuten Energy and investor Photon Capital to supply renewable energy to Rakuten Mobile’s mobile base stations from 2023. Further plans include expanding renewable electricity supply options to base stations across Japan, an effort the company claims will help it achieve its goals for reducing greenhouse gas emissions produced by mobile network equipment. More information can be found in Rakuten’s statement (available in Japanese here).

Internet of things (IoT) technology is set for continuous growth by the end of this decade, with Strategy Analytics expecting IoT cellular connections to reach a 14% compound annual growth rate (CAGR) globally between 2022 and 2030, according to a new report on IoT cellular connections by the analyst firm. The most significant growth is forecast in the regions of North America and Asia-Pacific, with 16% CAGR and 14%, respectively. In addition, 4G will still be the dominant technology in IoT connections by 2030 but its presence is tipped to decrease from 71% of connections in 2022 to 49% in 2030. Meanwhile, 5G is expected to be “making strong in-roads”, reaching 47% of the connections mix by the end of the current decade. According to Gina Luk, director of enterprise research at Strategy Analytics, the adoption of 5G will depend on the availability of 5G chipsets, regulations, and the speed and coverage of 5G networks. See more.