What’s up with… US competition order, Nokia, Ericsson & MIT 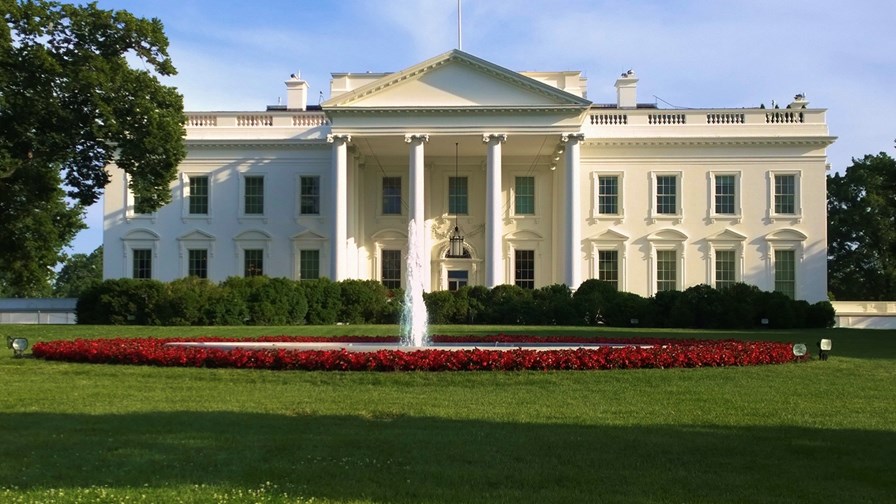 A potentially game-changing executive Order from the White House and the latest market developments from Nokia and Ericsson lead the way in this Friday news roundup.

The current tenant of the White House is busy today… US President Joe Biden has signed an Executive Order “to promote competition in the American economy, which will lower prices for families, increase wages for workers, and promote innovation and even faster economic growth.” Among the 72 initiatives included in the Order are those aim to “save Americans money on their internet bills by banning excessive early termination fees, requiring clear disclosure of plan costs to facilitate comparison shopping, and ending landlord exclusivity arrangements that stick tenants with only a single internet option.” The Order aims to prevents ISPs from making deals with landlords that limit tenants’ choice, revive the Broadband Nutrition Label, limit excessive early termination fees and “restore Net Neutrality rules undone by the prior administration.” The Order also includes a range of measures to curb “Big Tech” (see more below). For the full details, check out the Executive Order here.

Nokia has landed a multi-year contract to deploy and support a 5G standalone private network at the Augsburg, Germany-based Smart Production and Development Center of industrial robot maker KUKA. Nokia has built a strong position in the private wireless network market with its 4G-based solutions and now looks to be building further business opportunities with its 5G-based private network systems. Read more.

Ericsson and MIT (Massachusetts Institute of Technology) are to collaborate on two major research projects that could ultimately help to “power next generation 5G and 6G mobile networks.” Ericsson Research and the MIT Materials Research Laboratory will collaborate on new designs in lithionic chips that enable “neuromorphic computing, offering exponentially more energy efficient AI processing. This could enable fully cognitive networks with reduced operation complexity and energy consumption compared to today,” according to Ericsson. In addition, Ericsson and the MIT Research Laboratory of Electronics (RLE) are collaborating on research of mobile networks that connect trillions of sensors and other “zero-energy” devices. “Powering these devices in a cost-efficient way, possibly directly via a radio signal, is a significant technology challenge. The research by Ericsson and MIT RLE may show how devices can harvest energy from radio signals and other sources, as well as how systems can be designed to utilize this low power to accomplish simple tasks, including how a mobile network may be designed to connect and control these devices,” notes the vendor. Read more.

Hurrah for the Woz! The co-founder of Apple, Steve Wozniak, has thrown his weight behind the burgeoning “right-to repair” movement, saying laws should be passed to put an end to the cynical planned obsolescence of expensive consumers goods such as laptops, tablets, mobile handsets and TVs. His endorsement will aggravate the company’s current CEO, Tim Cook: Apple is a vociferous opponent of both the concept and possible reality of a legally-enforceable right to repair. It’s a stance that’s easy to understand when anyone looks at the inflated cost of repairing any Apple device and the vast revenues that flow to the company because consumers cannot get hold of spare parts to effect repairs for themselves. Wozniak commented, “We wouldn't have had an Apple had I not grown up in a very open technology world. Companies inhibit [the possibility of consumers repairing their own devices] because it gives them power and control over everything. It's time to recognise the right to repair more fully and to start doing the right things.” Are you listening Tim? No, of course not. He’s got his fingers in his ears and is chanting “La, La, La” in denial… which means he may have missed today’s Executive Order on competition that includes an initiative to “make it easier and cheaper to repair items you own by limiting manufacturers from barring self-repairs or third-party repairs of their products.” The Woz, at least, will be pleased.

A new Global Cybersecurity Index (GSI) report has been published. It shows how ready (or unready) are the members of the International Telecommunications Union (ITU) to deal with the rising tide of cybercrime. The fourth edition of the GCI ranks 193 countries in order of their preparedness to counter cyberattacks that, it is estimated, will net criminal hackers some US$6 trillion over the course of 2021 alone. Unsurprisingly, the US leads the world in its capability to counter cybercrime, with a perfect 100% score. The UK comes in joint second place alongside Saudi Arabia, with both counties achieving scores of 99.54 per cent. Interestingly, the small Baltic state of Estonia comes in at number three, with an excellent 99.48 per cent score. Significantly, Nigeria, with its burgeoning population, growing economy and rapidly modernising telecoms and computing sector, is at 47 in the rankings with a score of 84.76 per cent: It needs to be lot higher. The island of Mauritius leads the African rankings, achieving joint 17th place with Norway. Egypt is at 23, Tanzania is at 37, Ghana at 43 and Tunisia at 45. The new ITU report shows that 64 per cent of member countries have national cybersecurity strategies, still nowhere near enough. Seventy per cent ran cybersecurity campaigns during 2020, but that’s not enough either. For further details on the report, click on this ITU website link.

The pendulum swings… One of the most dispiriting things about US free-to-air television is the endless, intrusive and usually charmless hard-sell adverts for cars, fast food, indigestion remedies and haemorrhoid preparations that comprise 20 minutes or so of a nominal hour-long programme. For those who have never seen a US ad break before, they are as disorientating as they are unimaginative and dully formulaic. In many parts of the world it is a regulatory requirement that a screen wipe (a star-burst or windscreen-cleaning swipe effect, for example) must be completed to indicate an ad is about to be shown. The same applies between ads and when an ad break ends. That’s not the case in America.

There, a programme about, say, quilt making or the life-cycle of the prairie dog, will instantly and without notice switch to some stentorian geezer in a 10 gallon hat and a bolo tie haranguing the viewer about a remedy for painful gas (not, by the way, the sort of gas that goes in the tank of a pick-up that is bigger than your average European bus) or selling genetically-modified “more-meaty” chickens. The experience is truly awful but, to be scrupulously fair, is not quite as bad as advertising on Australian TV, which is just indescribable.

In recent years many Americans have turned away from free-to-air programming and subscribed to streaming video services that do not carry advertising, and hitherto have been willing, even glad, to pay a premium to avoid the soul-destroying tedium of endless commercial “messages”. In essence it has been a disposable income, rich v poor thing, but times are changing as price rises and the disparities resulting from the Covid-19 pandemic have been thrown into sharp relief. Ad supported viewership has risen markedly since rolling lockdowns kept families indoors and watching ever-more TV and video entertainment.

A new report from consumer research company Piplsay shows that in straitened times households and individuals are opting for ad supported services rather than paying a premium to avoid them. A new Piplsay survey of a statistically significant sample of consumers polled this last weekend, July 3 and 4 (Independence Day), shows that 83 per cent of US consumers were watching content on streaming platforms of which 31 per cent were viewing a mix of paid-for and free services. Furthermore, whilst 19 per cent had an ad-free premium subscription, 18 per cent had a paid ad-supported subscription and 14 per cent used an ad-supported service.

The Piplsay survey also shows that an astonishing 50 per cent of Americans moved over from premium ad-free streaming services to cheaper ad-supported streaming services. What’s more, of those who have opted for ad-supported service, 49 per cent expressed themselves very satisfied, 41per cent expressed doubt about intrusive advertising but nonetheless professed themselves to be “somewhat satisfied” with ad-supported service and 10 per cent said they are not at all chuffed about going back to being deluged by ads.

Overall, consumers seem somewhat confused and decidedly ambivalent about the ‘benefits’ of re-subcribing to ad-supported video streaming services. Again, it’s a disposable income issue. Some 54 per cent of respondents, primarily those that anticipate their economic prospects rising as the pandemic appears to be on the wane, indicated their dissatisfaction with ad-supported programming and affirmed their immediate intent to re-subscribe to paid for, ad-free, services. A further 26 per cent said they would follow suit within the next three months. Of the remaining balance, 25 per cent said they don’t know whether or not they will go back to premium services whilst 21 per cent said they would be sticking with the cheaper (or entirely free) ad-supported model.