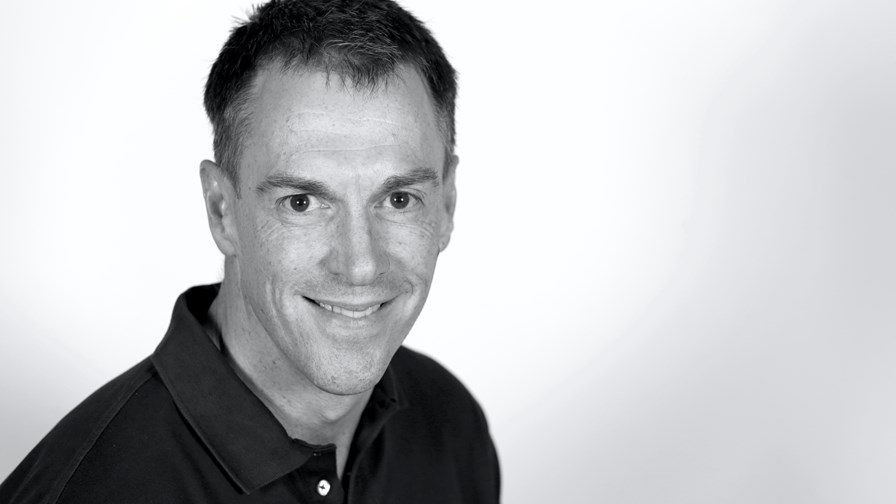 A new Telefónica unit and evidence that the UK is finally getting its broadband act together kick off this lengthy news roundup.

Telefónica has launched a new Strategy and Development Department, which will encompass “capabilities in matters of Strategy, M&A and Digital Innovation, these being critical to facing the challenges of the future,” notes the operator. The new department will be headed up by Mark Evans (pictured above), who impressed as the CEO of UK operator O2 (aka Telefónica UK) until it merged with Virgin Media earlier this year. Read more.

About a quarter of UK households can now access fibre broadband connections according to regulator Ofcom. “With millions of people continuing to rely on their broadband to work, learn and stream their favourite shows from home this year, new Ofcom figures show that just under 7 million (24%) of all UK homes can take-up full-fibre internet packages - up from 21% at the start of the year.” Even better, almost 12 million UK homes (40% of the total) can now get Gigabit-capable broadband (fibre and DOCSIS 3.1 cable), up from 37% in January. This is all very encouraging, but to look at it another way, that still leaves 60% of homes still to reach with Gigabit broadband. Read more.

The SD-WAN market has settled down in favour of its top six players, which between them grabbed a 70% share during the first half of 2021, according to the team at Dell’Oro Group, which has just released its latest SD-WAN & Enterprise Router Quarterly Report. The entire SD-WAN market grew at a handy clip, up by 39% compared to the prior year, with Cisco still the revenue share leader, Fortinet in the number two position, followed by VMware, Versa and HPE Aruba. Security functions are now the big differentiator and access routers are declining in favour of software-based solutions, according to Dell’Oro.

Half of US small businesses cite security as their top concern, with “endpoint vulnerabilities” identified as a particular risk, according to the findings of the third Small Business Recovery Survey commissioned by Verizon Business and conducted by Morning Consult. “With responses from 600 small and midsize businesses, the data shows that despite challenges such as labor and supply shortage constraints and heightened cybersecurity concerns, there is greater optimism among business owners, who are adopting technology to scale their businesses,” noted the operator. To view the results, download the Verizon Small Business Survey.

Digital infrastructure provider, GlobalConnect Denmark, says it has won a public sector connectivity deal for the third time since 2012 for all regions of Denmark. The five-year joint public agreement, valued at DKK 750 million ($119 million), comes with the possibility of two one-year extensions and is effective from October 1, 2021. GlobalConnect is part of the apparently up and coming Swedish private equity firm, EQT, which has been steadily assembling a collection of fibre network and cloud/data centre interests in Northern Europe. The acquisitions culminated in a tilt for Dutch incumbent KPN this year which was rejected, since when little has been heard (see - Ambitious EQT takes another run at KPN: Report). Of course, it’s only been a few months, but such was the rapid accumulation of deals and assets through 2020 and early 2021 that we were expecting more.

Facebook has finally settled on a smart glasses product and strategy and has fleshed out the launch with the usual nonsense. Its first “smart glasses” sport a pair of cameras to take photos and videos, a microphone and speaker to listen to podcasts, and a hands-free voice assistant. The glasses were designed by Ray-Ban and, according to a Facebook executive, are to help people live in the moment and stay connected to the people they are with and the people they wish they were with (but not the people they don’t like much). In fact, these glasses are a first shot at the form - the real augmented reality devices are still some way down the track. Clearly, Facebook wants to avoid the marketing over-reach and privacy under-reach that saw Google Glass crash and burn back in 2014.

Further consolidation is expected in the mobile messaging market, where Infobip and Twilio have been identified as the leading service providers by Juniper Research. In its new report, Mobile Messaging in 2021: What to Expect, the company predicts that “mergers and acquisitions will continue to characterise the messaging space.” It adds in this announcement: “Whilst recent acquisitions, such as Infobip’s purchase of Open Market in 2020, have been driven by the need to accelerate the reach of services, the report identified the wider need for services that immediately add value to messaging offerings, such as payments capabilities that support in-app payments over rich media formats.” Juniper Research’s Scarlett Woodford notes: “As messaging product portfolios become increasingly uniform across messaging vendors, support for new and emerging technologies will be instrumental in providing a differentiation point for leading players in a progressively more crowded space.” Read more.

Nokia is boasting a data transport breakthrough in its work with Vodafone Turkey. The duo “showcased 1 Tbit/s capacity over 130 GHz bandwidth without any errors on Vodafone Turkey’s live optical network between its data centres,” notes the vendor in this announcement.