What’s up with… Telefónica, Orange, BT, IBM and AT&T 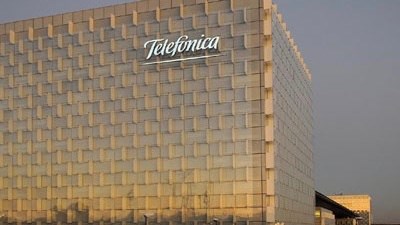 Telefónica’s wholesale broadband joint venture and a multitude of European telco financial reports lead the way in this news roundup.

As expected, Telefónica has agreed to set up a wholesale fixed access network operator joint venture with the capital investment arm of insurance giant Allianz with a view to building a fiber access network that will reach more than 2 million homes in rural and semi-rural areas in Europe’s largest broadband market. The JV plans to invest up to €5 billion over six years, funded by shareholder equity -- €500 million from Telefónica and up to €1 billion from Allianz – loans and other external financing. News of the move broke earlier in October, but now the tie-up is official. For more details, see this announcement.

Telefónica also unveiled its financial results for the third quarter, reporting a 12.1% year-on-year drop in revenues to €10.46 billion, a decline that is mainly due to the impact of exchange rate shifts, according to the operator. Those revenues were slightly higher than those generated during the second quarter of the year, allowing Telefónica, which has more than 341 million customers across the group’s operations in Europe and Latin America, to boast of “increasing revenues.” Investors, though, saw the full numbers: Telefónica’s share price lost nearly 5% of its value on the Madrid stock exchange to €2.83. For more details, see this press release.

Orange also published its third quarter numbers, but it managed a slight year-on-year increase in revenues to €10.6 billion, thanks to growth in France and in the operator’s business in Africa and the Middle East. It also confirmed it has started the process of forming a European TowerCo that will run the operator’s masts in France and Spain. Its stock shot up by more than 7% on the Paris exchange to €9.69. See this press release for more details.

BT, meanwhile, managed to describe an 8% drop in revenues to £10.6 billion for its fiscal first half as “relatively resilient.” Its bright spot was semi-autonomous fixed access unit Openreach, which saw revenues edge up by 2% to almost £2.6 billion as demand for faster broadband grew. Its share price dipped slightly to 100 pence on the London Stock Exchange, down by almost half since the start of the year. See this press release for more details.

IBM and AT&T have teamed up to help enterprises manage their applications in hybrid edge environments. The companies are pairing IBM’s Cloud Satellite offering, a distributed cloud environment built using Red Hat’s OpenShift, with AT&T’s 5G access services and the operator’s multi-access edge computing offering. The combination is particularly targeted at companies that want to “manage distributed IT environments (think thousands of sensors on a factory floor, or a point of sale system in retail) with a consistent development and operational experience.” For more details, see this press release (but be warned it is not easy to follow…)

DigitalRoute is the latest company to join the roster of vendors helping Dish to build its greenfield 5G network in the US. The specialist vendor is to supply its cloud native Usage Data Platform to help the operator develop its business with enterprise customers. “DigitalRoute offers us a real-time event engine, purpose built for complex usage-based business models that will help us monetize our 5G services and build a new 5G marketplace for enterprise customers,” said Atilla Tinic, Chief Information Officer at Dish. “As 5G business models evolve, DigitalRoute’s cloud-native capabilities give us the flexibility needed to support a wide variety of businesses and industries.” For more, check out this announcement.