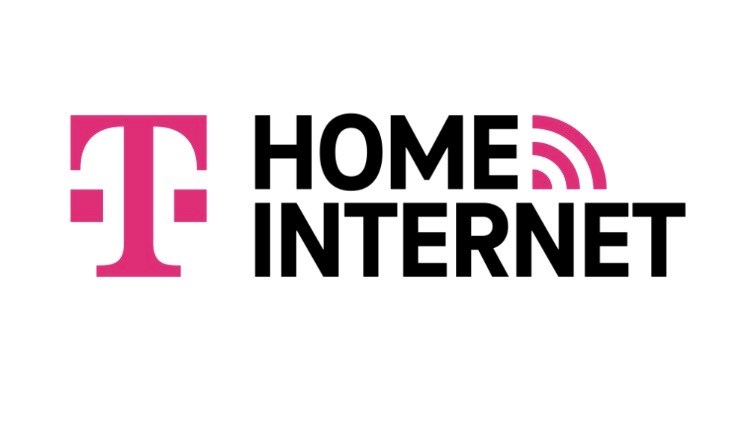 Rapid growth for the Un-carrier’s FWA service, an important looking deal for Nokia at Microsoft and a technical feat with 4G and 5G spectrum in the UK top today’s news pile.

Fixed wireless access (FWA) will only ever be a niche part of the broadband services sector but it’s been gaining a real head of steam in the past year or so, helped not only by independent wireless ISPs but also by major telcos too. One of those is T-Mobile US, which demurely announced on Wednesday that it has “smoked” the competition with its “remarkable growth” by signing up 1 million customers for its 5G-enabled Home Internet FWA service in just one year. “T-Mobile’s remarkable growth in broadband – a market that’s full of big behemoth corporations – just underscores how hungry customers are for a real alternative to the Carriers and the Landline ISPs,” shouted (I’m sure he’s shouting!) Mike Sievert, CEO at T-Mobile US. “We launched into broadband last year with a radically new value prop that’s completely disrupted this category, and now, with a household footprint that’s millions larger than the nearest fixed wireless competitor. And we are just getting started. There’s more Un-carrier disruption on the way.” T-Mobile says the Home Internet service, which costs $50 per month and comes with “no ISP BS or surprises,” is now available to more than 40 million households. Earlier this year, analyst firm GlobalData predicted that FWA will account for nearly 9% of all broadband connections in the US by 2026, with residential and business FWA subscription set to hit more than 10.4 million by that year. For more on the T-Mobile US bragging, see this announcement.

Nokia has landed a very tasty high-end routing deal from Microsoft Azure. “With the significant growth of cloud services and cloud computing and the move to 400GE, Nokia has been selected to supply its 7250 IXR chassis-based interconnect routers to support high-density 400GE applications in Microsoft’s ‘tier-2’ network architecture,” notes the vendor in this press release. “Nokia will also be supplying fixed-form-factor platforms into other Microsoft network applications. This new agreement builds upon the companies’ collaboration as part of the open source SONiC initiative to develop chassis-based platforms focused on the requirements of high-capacity data centers,” it adds. The engagement is a big deal for Nokia, according to Raymond James analyst Simon Leopold. “Nokia has earned a leading position selling routers to telcos, but has been under-indexed to the fast-growing hyper-scale vertical,” he writes in a research note emailed to clients. “This unanticipated win will fuel debate regarding the effects on incumbent hyper-scale switch/router suppliers Arista, Cisco, and Juniper. Further, we envision increased traction with hyper-scalers as credible.” Indeed, Leopold reckons Nokia is under consideration by Google for its wide area network rollout. “We believe that Google will include Nokia in its evaluations for its WAN alongside Arista, Cisco and Juniper. We believe the engagement with Nokia began recently, and is well behind the competitors, but we think Google aspires to approve multiple suppliers to give it maximal flexibility. We view this opportunity as worth triple-digit millions annually with a ramp beginning in 2023.”

BT’s mobile division EE has teamed up with Qualcomm to push the boundaries of carrier aggregation in order to achieve ever greater mobile broadband bandwidth. The partners say they provisioned a 5G connection over seven combined spectrum carriers (comprising capacity in five 4G and two 5G spectrum bands) to enable speeds of more than 2.2 Gbit/s in the lab and “real-world” speeds of more than 1.7 Gbit/s. A test device housing Qualcomm’s Snapdragon 8 Gen 1 Mobile Platform with Snapdragon X65 5G Modem-RF System was used. The spectrum bands being used to achieve these broadband speeds are: 1.8GHz (2 carriers), 2.1GHz (1 carrier) and 2.6GHz (2 carriers) from EE’s 4G/LTE licensed airwaves; and 3.4GHz and 3.6GHz from the 5G NR locker. EE says the technology to enable seven-carrier aggregation will be deployed in some UK cities later this year and “be supported by [the] next generation of smartphones.” While this is undoubtedly a worthy technical achievement (I recall being amazed at three-carrier aggregation), will the British public be thrilled and acknowledge an enhanced user experience? The marketing should be interesting... For more on this, read EE’s press release.

The global smartphone market contracted by 11% year-on-year during the first quarter of 2022 due to a number of industry and global factors, including the impact of a new wave of Covid-19, the Russia-Ukraine war, and widespread inflation, according to preliminary numbers compiled by research house Canalys (more detailed numbers will follow once Q1 reports have been published). “The global smartphone market was held back by an unsettled business environment in Q1,” noted Nicole Peng, VP Mobility at Canalys. “The good news is that the painful component shortages might improve sooner than expected, which will certainly help relieve cost pressures,” she added. Samsung was the market leader with 24%, followed by Apple with 18%. Read more.

In an effort to capitalize on the growing interest in private wireless networks in the US market, cloud-native mobile core specialist Athonet has teamed up with integrator BearCom to “bring private LTE, 5G and CBRS (Citizens Broadband Radio Service) solutions to key industries throughout North America. The two companies have teamed up for private LTE proof-of-concepts and installations in education, healthcare, Industry 4.0 and other key industries that are looking for a wireless solution that brings the benefits of cellular coverage, including security, reliability and capacity, into the enterprise,” the partners noted in this announcement.

Here's a strange one... Actelis Networks, which has been around for decades, and which is a developer and vendor of broadband-over-copper technology, has filed for an IPO on the Nasdaq Capital Market based on potential growth in the IoT connectivity sector. Its IPO filing document doesn’t say how much it hopes the raise, but it does reveal that the company generated revenues of just $8.5 million in 2021 and suffered a net loss of almost $5.3 million. It’s hard to figure out how this move is going to work out...

Batelco and Ericsson have signed a Memorandum of Understanding (MoU) to collaborate on next generation 5G technologies and innovations in line with the Kingdom of Bahrain’s digital economy vision. The MoU covers collaboration on Voice over New Radio (NR) and an advanced Charging System that will “enhance Batelco’s real-time convergent charging as well as enable the introduction of new smart and innovative Internet of Things (IoT) products.” The relationships also covers the development of cloud-native 5G core and 5G Standalone (SA) solutions that helped the operator and Ericsson “successfully complete the first 5G SA data call in the Kingdom.” Read more.