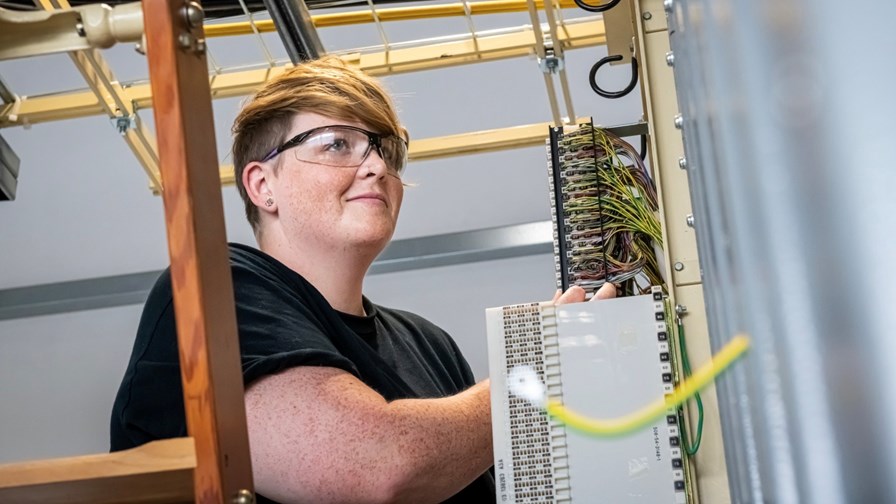 Openreach, BT’s quasi-autonomous fixed access network unit, says its network rollout efforts will create 5,300 jobs around the UK in 2021, just at a time when new job opportunities are needed of course. Openreach noted in an announcement that the “expansion includes more than 2,500 full-time jobs in its service and network build divisions, as well as an estimated 2,800 positions in its UK supply chain,” through partners such as Instalcom, Kelly Group, Kier, Telent and more. The operation says it is currently “delivering faster, more reliable connectivity to another 40,000 homes and businesses every week, or the equivalent of a home every 15 seconds,” an effort that is contributing to…

It's been a long time coming... a decent number of UK homes now have access to truly high-speed broadband services, and by that we mean Gigabit-speed downstream connectivity. According to a new report from regulator Ofcom, almost 8 million UK homes (about 27% of the national total), can now get a Gigabit broadband service, either from an ISP providing a fibre-based service or from Virgin Media, which can provide such connectivity thanks to its investments in DOCSIS 3.1 technology. The report also notes that the UK’s current average downstream broadband speed is 72 Mbit/s, which is a vast improvement compared with only a few years ago. In terms of FTTH services, those are now available to more than 5 million homes, about 18% of the national total, and three times more than just two years ago. Of course, there’s still plenty of work to do to get Gigabit broadband to everyone across the UK, something that would help to make the nation a digital society. For further details, including how many homes are still lacking decent broadband, and for progress with 4G and 5G connectivity, read this Ofcom update.

Still with Ofcom… It has found that 19% of UK households struggle to afford their telecoms services. Some 6% have difficulties paying for their broadband, while 5% struggle with mobile bills. It has published some advice for consumers on how to stay connected through the apparently continuing pandemic - the one that was supposed to be over by now, but which has actually got worse. You can find some handy hints here.

Utility firm Enel has agreed to sell most or all of its stake in Italian wholesale fibre broadband network operator Open Fiber to the infrastructure unit of Macquarie Bank, which made a bid for the stake in September. Enel currently holds a 50% stake in the network operator, and plans to sell a minimum 40% of the equity and may offload its entire holding, a move that would net it €2.65 billion. The sale will still have to get the blessing of various regulators and European Commission authorities. The other 50% stake in Open Fiber is owned by CDP, the Italian state’s investment arm. Ultimately, it is hoped that Open Fiber will eventually be merged with the fixed access division of TIM (Telecom Italia).

Another day, another Huawei scheme to retain a presence in Europe is hatched as its telecoms equipment is turfed out of an increasing number of EU countries. The Chinese company is to spend €200 million on constructing a network equipment manufacturing facility in France, one country that has not, as yet, outright banned Huawei kit from its national networks. It's a gamble for Huawei though. The new factory, to be based in the eastern town of Brumath and set to produce products for the vendor's operator customers around Europe, will provide jobs for several hundred people in the eastern part of the country where unemployment rates are high. But demand for the output might not be so strong in local areas: The French security services have told the country's telcos that if they buy Huawei 5G equipment their operating licences will not be renewed when they expire. Thus Huawei equipment, new or not, will wither on the vine, become obsolete and phased out at replacement time rather rather than be rooted out precipitately now.

DISH Network is set to raise $2 billion from institutional investors to help fund the rollout of its Open RAN-based 5G network, which recently underwent a successful field validation.

After two years of trials, the Vietnamese Ministry of Information and Communications says 5G services will be operational in the South East Asian country by the middle of 2021. VN Express reports the head of the Vietnam Telecommunication Authority, Nguyen Phong Nha, as saying, "Following commercial trials, service providers must evaluate the associated results regarding technical features, commercial potential, business models and market demand." Basically this means 5G will initially (for the first two years of commercial operation) will be available only in the Vietnamese capital, Hanoi, and a few other big cities plus some major outlying industrial areas where overseas companies have invested in smart manufacturing processes. In those localities demand for the new technology is expected to be high from the moment it is introduced. Between 2023 and 2025, 5G will be rolled out to cover the same areas and populations that can currently access 4G services. The entire country, including all remote and rural areas, will have 5G coverage by 2030. Three telcos, MobiFone, Viettel and VNPT (the Vietnam Posts and Telecommunications Group) have been trialling 5G and service speeds of up to 1 Gbps have been achieved on the public networks. The VNPT says the price it will charge subscribers for 5G will be "broadly similar to 4G tariffs" and users will not be required to change their SIM cards.