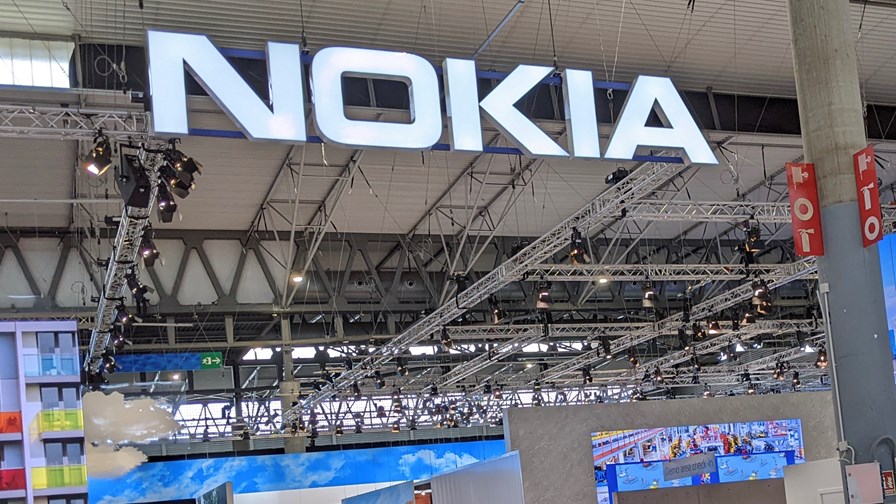 A steady but challenging start to the year for Nokia, yet another SD-WAN announcement, and a niche mobile infrastructure acquisition involving Ericsson are the lead items in today’s news roundup.

Nokia reported better than expected financial results for the first quarter of the year, with revenues up by 1% at constant currency conversion rates to €5.35 billion, driven mainly by healthy growth by the Network Infrastructure (fixed access, optical, routing) division, which reported a 9% year-on-year increase in sales to €1.97 billion. The vendor’s Cloud and Network Services unit also registered sales growth of 5%, while the number of private wireless network customers increased to 450. But it wasn’t all good news for the Finnish firm: Its Mobile Networks division, while improving its margins, reported revenues of €2.7 billion, which represented a 4% dip in sales at constant currency rates, and in general the vendor suffered from ongoing supply chain issues and inflationary pressures on the goods and services it needs to acquire for its business. Those factors weighed on the minds of investors, it seems, as the Nokia share price lost almost 3.2% of its value to dip to €4.66 on the Helsinki exchange. For more on the company’s performance during the first three months of the year, see this announcement.

This seems to be a hot week for SD-WAN action. Following yesterday’s news involving Orange Business Services, Siemens, SoftBank and Aryaka, Colt is to add to its existing SD-WAN portfolio for enterprise users by launching “a new managed SD WAN solution to the global market by combining VMware’s industry-leading SD WAN solution with high performance connectivity and best-in-class customer service from Colt.” Peter Coppens, Colt’s VP, Product, noted: “The past few years have shown us that SD WAN is a true enabler for the way enterprises do business and provides an enhanced, seamless user experience, regardless of location, device or application. Colt was an early adopter of true SD WAN services and has continued to invest in the technology over the past few years. The strength of our global network with VMware’s deep expertise can expand WAN service options for enterprises across the world.” Read more.

Multi-sector infrastructure firm Valmont Industries and Ericsson have acquired ConcealFab, which specialises in wireless network infrastructure mounting and concealment products and passive intermodulation (PIM) mitigation systems, for an undisclosed sum, with Valmont taking a majority stake and Ericsson increasing its existing investment to hold a minority stake. “The future of infrastructure, especially in the telecommunications space, relies on connectivity, sustainable solutions and seamless expansion across the globe,” noted Aaron Schapper, group president of Infrastructure at Valmont. “I’m proud to say that together, this partnership between Valmont, Ericsson and ConcealFab will play a central role in meeting the integrated telecommunication needs of the future by leveraging our companies’ deep customer relationships, customer-centric values, and our combined footprint to accelerate our growth strategy.” ConcealFab CEO Jonathan Fitzhugh added: “As an early innovator in 5G and small cell infrastructure, ConcealFab has been bridging the gap between an evolving technology and market needs for 15 years, and this combination with Valmont and Ericsson presents an accelerated path for further growth and expansion. Valmont’s global manufacturing footprint and established presence with key stakeholders uniquely position us to meet the anticipated ramp in demand for telecom infrastructure across the US and beyond.” You can see here the range of products that ConcealFab has to offer. Read more.

Despite group revenue falling by 1.2% to CHF2,768 million ($2.8 billion) in Q1 2022, Swisscom CEO Urs Schaeppi described the operator’s performance as “pleasing” in the period, pointing to a “strong operating income” which was up by 1.2% to CHF1,137 million. The Switzerland-based operator recorded a decline in its core telecoms services business which it highlighted was offset by growth in the IT solutions segment, as well as ongoing measures to reduce costs. Schaeppi noted that the company was “achieving success with our products, service and infrastructure” in a highly competitive market, adding that “our bedrock is our network”.See more here.

Adding to the fibre diet... The Covid-19 pandemic, political tensions with China and Russia’s unprovoked invasion of Ukraine have severely disrupted global telecoms industry supply chains and, as a result, plans by telcos to expand their networks are suffering. Order lead times are increasing as a shortage of raw materials is constraining manufacturing capacity. In response, up-state New York headquartered Corning, the world’s biggest fibre optic company with a 16.3 per cent global market share, is to expand its manufacturing capacity to help meet burgeoning demand. Last year the US Senate passed the Infrastructure Investment and Jobs Act that set aside US$565 billion to pay for the deployment of broadband infrastructure with the proviso that telcos wanting to take advantage of the scheme must ‘Buy American’ technology. However, things have become so bad that telcos are now asking the US government to grant them exceptional waivers from those provisions so they can source products elsewhere. The ongoing and worsening disruption is also likely to delay payments being made to operators from the FCC’s Rural Digital Opportunity Fund. Corning says it’s in a position to help alleviate some problems as it is now able to access raw materials from “secondary or alternative sources” and is continuing to construct a new production facility in Mszczonów, some 45 kilometres from Warsaw, Poland. When completed, the new factory will be one of the biggest optical-fibre manufacturing plants in the EU. Plans are for it to be commissioned later this year when it will “free up US fibre capacity for US demand.” However, given the war in Ukraine, Poland’s direct neighbour, concerns are mounting that the opening of the new facility could be delayed or severely disrupted by developments over the border.

China’s ‘New IP’: In far Cathay, China's Central Cyberspace Administration is pushing for IPv6 quickly to be rolled-out across the entire country. A wordy paper “2022 Work Arrangement for Further Promoting the Large-scale Deployment and Application of IPv6" is generously larded with Owellian-style “Newspeak” phraseology including, “under the guidance of Xi Jinping Thought on Socialism with Chinese Characteristics for a New Era, especially General Secretary Xi Jinping's important thought on strengthening the country through the Internet, the ‘Notice on Accelerating the Large-scale Deployment and Application of the Internet Protocol Version 6 (IPv6)’ shall be implemented in depth.” It will, “Highlight innovation and empowerment, stimulate the vitality of the main body, open up key links, consolidate the industrial foundation, enhance endogenous power, improve security, solidly promote the in-depth development of IPv6 scale deployment and application, and accelerate the transformation of network performance from convergence to optimisation, from end-to-end to end-to-end, Change from end-use to easy-to-use, from surface transformation to in-depth support, from user quantity to quality of use, from external promotion to endogenous drive, comprehensively improve the level of IPv6 development, and take practical actions to welcome the victory of the 20th Party Congress.” Easy peasy! I’ll bet you’re glad you read that deathless prose, aren’t you? Under the “Work Arrangement,” this year’s 10 key goals include increasing the number of active IPv6 users to 700 million, the number of IoT IPv6 connections to 180 million, the boosting of fixed network IPv6 traffic to 13 per cent of the national total and mobile network IPv6 traffic to 45 per cent. Interestingly, “The new factory home wireless router fully supports IPv6, and the IPv6 address allocation function is enabled by default.” What’s the betting that in the none-too-distant future the stated aims of “network security protection, network security management, supervision and inspection” will be applied to curtail remaining vestiges of the individual privacy of Chinese citizens. Big Brother’s watching them alright.

“A rose by any other name would smell as sweet.” It’s heartening to be able to report that overheated bugle oil continues to be pumped around and out of the pipes of corporate PR and marcoms departments. The latest to massively overhype the announcement of a rebranding exercise is global professional services strategy and consulting company Accenture which, with more than 700,000 personnel, proclaims “leading capabilities in digital, cloud and security.” Here’s the news in a nutshell: One of its arms, Accenture Interactive, which “offers a range of data analytics, strategic planning, technological, and digital-marketing solutions to clients” has been renamed as Accenture Song. That’s it. Now here’s the overblown corporate explanation. “The name Accenture Song conveys an enduring and universal form of human craft, connection, inspiration, technical prowess and experience – unleashing the imagination and ideas of its people to deliver tangible results.” It also "symbolises the post-pandemic growth journey we're on with our clients” (apparently). The reality is that it just puts people in mind of a song they may like (or dislike) and when they read puffed-up rationale like this – “Accenture Song is uniquely operating at the intersection of creativity, technology, intelligence and industry…. to help our clients reinvent connections and meaningful experiences, including in the metaverse continuum” – if they are anything like me they snort with derision. It’s not so much an intersection that is being described as a Spaghetti Junction leading perhaps to Mark Zuckerberg’s disturbing virtual island. The “iterative process” necessary to come up with the new name and logo took a mere seven months. Accenture has not revealed how much the exercise cost but it’ll be peanuts to a business whose worldwide revenue in 2021 was US$12.5 billion. CEO and Creative Chairman, David Droga, says the rebranding consolidates more than 40 creative agencies under the one new name of Accenture Song, which is fair enough. But oh, the corporate gobbledygook. “Attention all staff! You are instructed to join in the company song, ‘Accenture-ate the positive’... altogether now!”