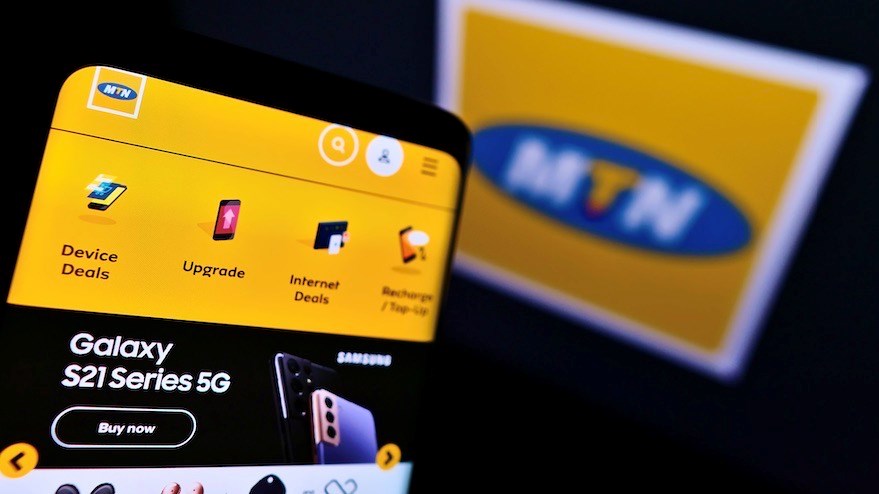 Pan-African telco MTN has abandoned takeover talks with Telkom SA that began in July which, if successful, would have created South Africa’s largest telco. “After extensive engagements and deliberations between the parties, shareholders are advised that the discussions regarding the Proposed Transaction have terminated, as the parties were unable to reach agreement to their mutual satisfaction on the process going forward,” noted MTN in an announcement to its shareholders. MTN’s stock lost about 3% of its value following the news, while Telkom’s stock tanked by 24%. Now MTN has turned its attention to boosting economic recovery across Africa by working more closely with the national governments of the countries where it has operations, the telco noted in this announcement about an event it hosted for diplomats from 18 African nations.

Some relief for Netflix which, having seen its global customer base shrink during the first two quarters of the year, has reported an increase in total paying customers of 2.43 million during the third quarter to take its total to 223.09 million. In addition, the streaming video giant, which is set to launch its cut-price, ad-supported services in multiple markets on 3 November, expects its total subscriber numbers to rise again during the fourth quarter to almost 227.6 million. “After a challenging first half, we believe we’re on a path to reaccelerate growth. The key is pleasing members,” noted the company in its letter to shareholders. It also used the letter to take a swipe at its rivals: “Our competitors are investing heavily to drive subscribers and engagement, but building a large, successful streaming business is hard – we estimate they are all losing money, with combined 2022 operating losses well over $10bn vs. Netflix's $5bn to $6bn annual operating profit.” That’s the kind of fighting talk that usually comes back around to bite a company on its rear end, though – we’ll see! In the meantime, Netflix reported third-quarter revenues of $7.93bn, down slightly from the previous quarter. And with its lower-priced options about to become available, the company expects its fourth-quarter revenues to be lower again, at $7.78bn, despite the expected increase in total subscriber numbers.

The Telecom Infra Project (TIP) has formed a new project group that, it says “addresses one of the central topics in today's telecommunications industry, metaverse-ready networks… The TIP Metaverse-Ready Networks Project Group’s primary objective is to accelerate the development of solutions and architectures that improve network readiness to support metaverse experiences.” Meta Platforms, Microsoft, T-Mobile US, Telefónica and Sparkle will be the initial co-chairs of the project group. Alex Harmand, head of network platforms at Telefónica and co-chair of the new group, stated: “This new group will enable operators to address the exciting opportunities that the metaverse is creating in both the consumer and enterprise segments. Telefónica is looking forward to collaborating to define the network capabilities and associated APIs needed to enhance metaverse services. The TIP community is the perfect environment for this initiative as it will allow us to leverage multiple current project groups, such as OpenWIFI, OpenRAN, Open Optical and Packet Transport, to deliver end-to-end architectures and solutions that we will then test in Telefónica’s and other TIP Community Labs.”

Vantiva, the rather exotic new name for the French video and access network technology vendor formerly known as Technicolor, has landed a couple of big-name deals in Europe. In Austria, it is supplying Deutsche Telekom group operator Magenta Telekom with a next-generation DOCSIS 3.1 and Wi-Fi 6 gateway called Magenta Home Box Fiber which, claims the vendor, will allow the service provider to “optimise broadband, gaming and Wi-Fi experiences for business and connected home subscribers with the latest Wi-Fi 6 connectivity”. And in the UK, the vendor is supplying Vodafone UK with its Ultrahub, the local market’s first Wi-Fi 6E gateway. According to Vantiva, the Ultrahub is “a premium customer premise equipment (CPE) device that allows Vodafone to offer next-generation managed services for in-home wireless connectivity… The ultimate goal is to help [service providers] deliver seamless connectivity and premium entertainment experiences to consumers by creating best-in-class CPE and partnering with the most innovative companies in the connected home ecosystem.”

AT&T has deployed 10 5G edge zones, expects to have 12 in place by the end of the year and will add “many more” next year, according to Jeremy Legg, who is CTO across all of AT&T’s divisions and operations. Each edge zone comprises a local standalone network core platform, local public cloud or private datacentre computing resources, and software-defined network (SDN) capabilities, as well as virtualised network functions (VNFs). And on the all-important question of what 5G’s killer app might be, Legg writes there are “too many to list”. Read more.