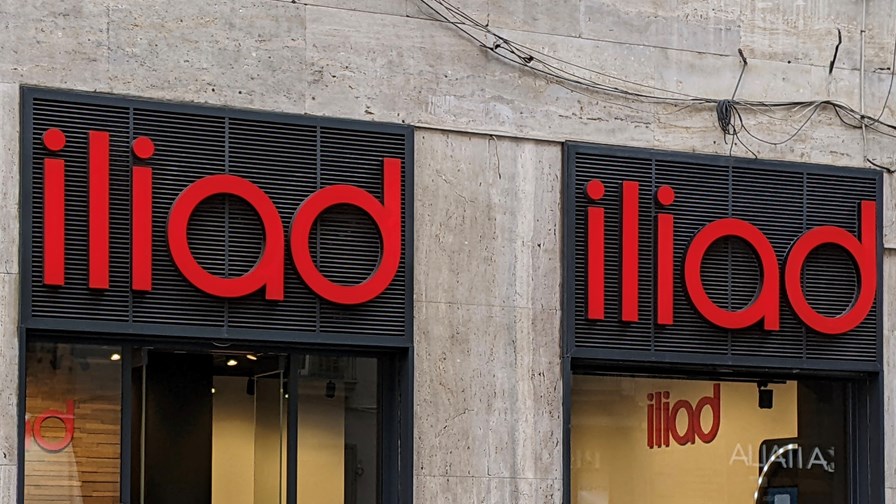 Aggressive European altnet Iliad would still be interested in growth through M&A in Italy, the operator’s CEO Thomas Reynaud stated today while commenting on the company’s impressive first quarter financials. Iliad teamed up with Apax Partners earlier this year to make an audacious €11.25 billion offer for Vodafone Italia, which was summarily rejected. Iliad, which has operations in France, Italy and Poland, reported a 4.8% year-on-year increase in first quarter revenues to €1.93 billion and a 6.1% increase in earnings before taxes, depreciation and other costs. It ended March with 13.7 million mobile and almost 7 million fixed broadband customers in France, just over 8.8 million mobile users in Italy, and almost 12.5 million mobile and 293,000 fixed broadband customers in Poland. Read more.

Apple is believed to have made significant progress in developing its mixed reality augmented/virtual reality headset product and associated software and the latest prototypes have been presented to the board, according to a Bloomberg report. As this essentially represents Apple’s approach to what is generally being called the metaverse, this development  is interesting in itself, of course, but just as interesting is the analysis on Apple’s metaverse position by investment and technology sector analyst Richard Windsor, who equates Apple’s position to that of Nokia about 15 years ago when it had to decide where to focus its R&D investments – check out Windsor’s analysis here.

The Open RAN technology market could be worth as much as $2 billion this year if sales reach the upper end of a new market projection from analyst house Dell’Oro. The company noted in a new press release that sales of Open RAN technology (radio and baseband elements) “surged” during the first quarter of this year and that the market could be worth between 3% and 5% of the total radio access network (RAN) equipment market in 2022. That market, based on previous announcements and numbers shared by Dell’Oro, is set to be worth more than $40 billion this year, which puts the projected size of the Open RAN tech market at between $1.2 billion and $2 billion. That’s good news for the likes of Mavenir, Parallel Wireless, Rakuten Symphony and the growing number of Open RAN tech specialists that are entering the market.

About 66% of homes (19.3 million) in the UK now have access to a Gigabit broadband connection, up from just 37% a year ago, according to regulator Ofcom. “This progress comes as a number of competing companies continue to roll out faster networks across the UK. This includes in hard-to-reach areas, with the number of premises unable to get a decent connection – classed as offering download speeds of at least 10 Mbit/s and upload speeds of 1 Mbit/s – now falling to just under 100,000,” noted Ofcom in this announcement. It also noted that a 4G signal is now available across 92% of the UK’s land mass. The statistics come from the Connected Nations update report, which can be accessed here.

​​Google’s subsidiary in Russia is tipped to file for bankruptcy after local authorities froze its bank account, therefore leaving the company incapable of continuing its operations and unable to pay staff and suppliers. Reuters cited a company representative as saying that the move by the Russian officials made it “untenable” to run its office in the country and that it has already published a notice of its intention to go bankrupt. The company has been targeted by the government for months after it was found not to comply with orders to take down certain content deemed by authorities as illegal, and for restricting access to some local media on video platform YouTube. Access to free services, such as Google’s search engine, Gmail, Maps and YouTube, will not be stopped despite the bankruptcy move, according to the report. The company was previously hit with fines totalling more than RUB7.7 billion (approximately $122 million) since the end of 2021 for failing to delete content considered as unlawful. As per estimations by Google’s parent company, Alphabet, the Russian market represente 1% of its revenue in 2021. The bankruptcy move comes at a time when the Russian government continues a military conflict with its neighbouring country Ukraine.