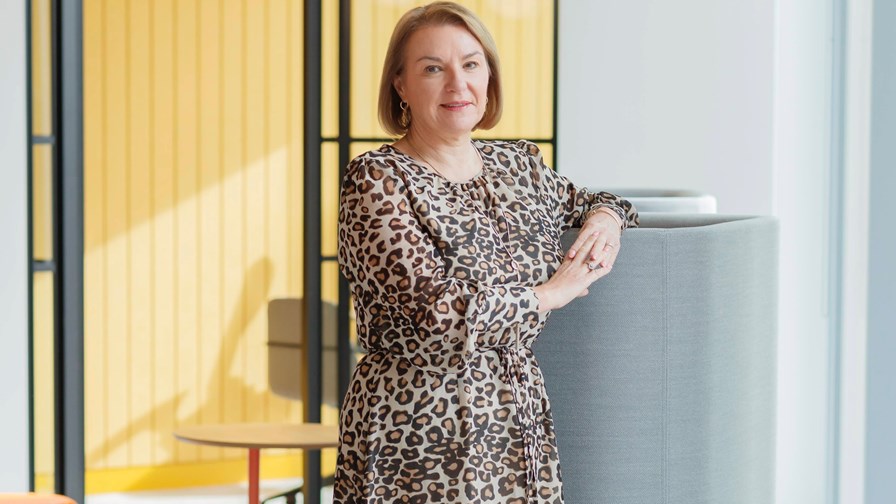 Paula Cogan, who will become CEO at euNetworks from 1 January 2023.

In today’s industry news roundup: Pan-European operator euNetworks will have a new CEO next year; the UK government has started the no doubt lengthy process of coming up with a plan for the UK’s chip sector; familiar names are cropping up as industry watchers speculate about Vodafone Group’s next chief; and more!

European cross-border data transport network operator euNetworks has appointed its current president, Paula Cogan, as its next CEO, with effect from 1 January 2023. She will replace industry veteran Brady Rafuse, who will become the operator’s chairman, while the current chairman Neil Hobbs will become a non-executive director. “I am excited to lead this exceptional and high-performing team of people through the next chapter of euNetworks’ growth,” stated Cogan, who joined from Colt a year ago and has 30 years of experience in the telecom sector. “euNetworks [is]... an asset-rich business, focused on developing and deepening its fibre networks, innovating and investing in new technologies to deliver highly scalable, owned and operated fibre-based and sustainable infrastructure in Europe,” added Cogan. euNetworks operates an optical backbone network connecting 53 cities in 17 countries and runs 17 dense metro fibre city networks. In 2021, it generated revenues of almost €194m, up 9% year on year, but also reported a net loss of almost €88m due to significant depreciation and finance costs.

With Vodafone Group seeking a new CEO, following Monday’s news that Nick Read is bowing out at the end of this year, the speculation has begun about who might take on the role. Vantage Towers CEO Vivek Badrinath’s name has been mentioned, as has that of current Informa plc CEO Stephen Carter (or Lord Carter of Barnes as he is known in the House of Lords), who joined the Vodafone board earlier this year and who has industry experience in the UK as the CEO of cable operator NTL (now Virgin Media O2) and as the first head of regulator Ofcom, as well as having held various senior posts at Alcatel-Lucent (now Nokia). But expect in the coming days to hear other names too, such as Olaf Swantee, the former CEO of EE and current chairman of Community Fibre, and Nick Jeffery, who left Vodafone UK to become the CEO of US operator Frontier Communications in 2021.

It appears that the UK government is finally pressing ahead with more dedicated work on drawing up a plan to boost the nation’s semiconductor industry. The Department for Digital, Culture, Media and Sport (DCMS) has announced the launch of a research project that will assess “the feasibility of new national initiatives to bring the nation’s industry together to tackle shared challenges and help businesses scale up”. In particular, the department will study whether there is a need for better access to prototyping and manufacturing facilities for chip companies to tackle “barriers to innovation and grow the industry”, and will look into options to make specialist software tools more available for startups, as well as coming up with ways to develop “cutting-edge packaging processes”, which is the point in the supply chain where chips are readied for use. The government is allocating between £700,000 and £900,000 for companies tendering for this research, with a view to having a potential national institution focused on boosting the industry. The move comes at a time when the world continues to experience chip sector supply chain issues, with further problems looming as Taiwan’s political future hangs in the balance. The announcement by DCMS comes a week after the UK parliament published a House of Commons committee report into the semiconductor industry in the UK, making recommendations to the government to immediately issue its strategy on the sector – see UK semiconductor strategy? What UK semiconductor strategy?

Concerns over transparency and pricing of 5G network rollouts in Malaysia never seem to cease. According to a Reuters report, the newly appointed Malaysian prime minister, Anwar Ibrahim, intends to evaluate the plan for the deployment of a state-owned, nationwide 5G network, as it was not formulated transparently and there was no proper tender process. The Digital Nasional Berhad (DNB) – a wholesale 5G network operator established by the previous government in early 2021 – has reportedly said it will cooperate with the review, adding that it had awarded a contract to Ericsson as a 5G network equipment vendor in a transparent manner. In light of the reports, DNB today issued a statement to further clarify terms of the plan. It argued that there is no government funding or guarantees anticipated, except for an initial start-up investment of 500m Malaysian ringgit (MYR) ($113.7m). The overall cost of the deployment of the infrastructure stands at 16.5bn MYR ($3.75bn), which will be spread over the next 10 years and is to be funded by revenues generated by the sale of 5G capacity to mobile operators. Currently, five domestic operators have agreed to the terms and have already launched retail 5G services, namely Celcom Axiata, Digi, Telekom Malaysia, U Mobile and YTL Communications. The 5G network covers around 38% of populated areas across the country and “is on track” to cover 80% of the population by 2024. Meanwhile, yesterday DNB and Ericsson claimed to achieve a 1Gbit/s peak throughput at “a world-record distance” of 11.18km over mmWave – see Ericsson & DNB achieve new world record with mmWave in Malaysia.

Rough times for Australian telco Telstra. The country’s competition watchdog, the Australian Competition & Consumer Commission (ACCC), has taken the company to court for alleged false or misleading representations about the upload broadband speed delivered to customers of its cheaper brand Belong. The legal proceedings take aim at a period between October and November 2020 when the telco migrated almost 9,000 customers to a plan that offered maximum upload speed of 20Mbit/s, down from their previous packages that included optimal upload speed of 40Mbit/s. The ACCC alleges that “Telstra failed to notify customers of the reduction in the upload speed, and did not lower their charges”, although the cost charged by the National Broadband Network (NBN) to Telstra was cheaper for the new service. While in 2021 Telstra has acknowledged the negligence and reimbursed around 2,500 customers with a one-off AUS$90 credit, the authority maintained that more than 6,300 Belong customers are still unaware of the change in their upload speed threshold. Now, the ACCC is seeking a court ruling requiring Telstra to compensate any affected customers. See more.

Continuing on the thread of legal matters… US operator AT&T has agreed to pay $6.25m to settle a US Securities and Exchange Commission (SEC) lawsuit for alleged “selective disclosure” of details about its smartphone sales. Three company executives – Christopher Womack, Michael Black and Kent Evans – have also agreed to pay a $25,000 fine each, after the SEC found that in March 2016, they had been making phone calls to Wall Street analysts and disclosing internal information about smartphone sales and their impact on revenue for the company. This was allegedly done “to avoid falling short of consensus revenue expectations for the third consecutive quarter”. According to the complaint, the information provided caused analysts to “substantially reduce their revenue forecasts, allowing AT&T ultimately to beat the overall consensus revenue estimate when AT&T reported its results to the public” on 26 April 2016. While AT&T has neither admitted nor denied the accusations, it has “consented to final judgments permanently enjoining them from violating, or aiding and abetting violations of” SEC’s regulations, as well as agreeing to pay the penalty, which is “the largest ever” in a case falling under the authority’s Fair Disclosure regulation. Read more.