Vodafone teams up with Topcon for pinpoint IoT positioning service 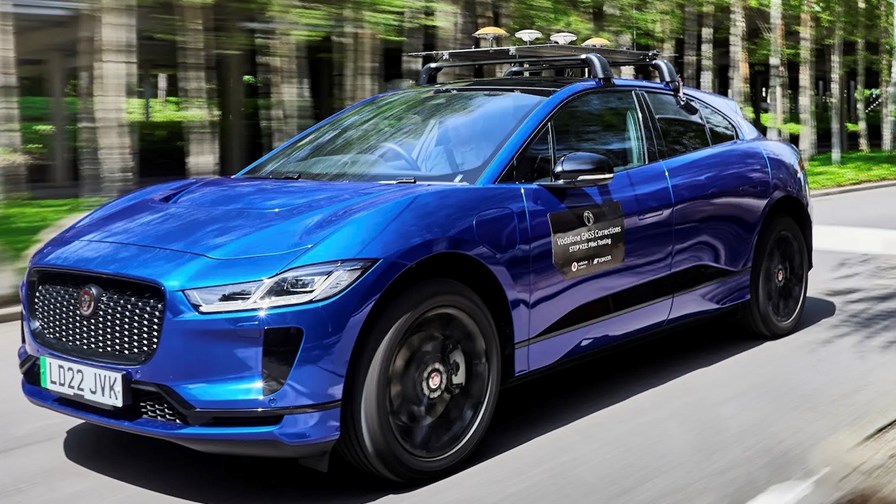 Vodafone is working on a new secure precise-positioning system that, the network operator claims, will locate internet of things (IoT) devices, autonomous vehicles and remote machinery to within a few centimetres and much more accurately than is possible with the services provided by satellite navigation systems. To enable such accuracy, the operator has struck a partnership with Topcon Positioning Group, a specialist designer and manufacturer of positioning systems based in Livermore, California.

Currently, Vodafone’s initiative is primarily a proof-of-concept (PoC) exercise and, hopefully, a precursor to the development of a mass-market offering: The partners are in the process of inviting hand-picked customers in the UK, Germany and Spain to trial the experimental system in a number of pilot schemes.

Currently operating under the appellation of Vodafone GNSS Corrections (which sounds more like a US privatised for-profit prison outfit than a benign technology initiative), the services combines Vodafone’s global IoT network with Topcon’s “dense European network of thousands of GNSS [global navigation satellites system] reference stations” and technology, which corrects inaccuracies from navigation satellite signals. Once the corrections are made, using cloud-based platforms, the accurate data is transmitted to devices and vehicles.

This methodology enables a substantial improvement in the accuracy of the location data associated with IoT devices or vehicles in “open-sky conditions”, where ground-based receivers are positioned away from geographical obstructions, such as trees, to avoid obstructions or reflections from a GNSS signal. Precise positioning also requires a GNSS to compensate for inaccuracies caused by satellite constellations, receiver hardware and atmospheric conditions. All such inaccuracies are computed by Topcon’s comprehensive network of fixed reference stations, which are constantly receiving GNSS data. This system, according to Vodafone, permits devices to be monitored in real time with an accuracy of within a few centimetres and is particularly effective when devices and vehicles are equipped with antennas and receivers. The planned PoC pilot schemes will exploit a wide range of devices connected to Vodafone’s pan-European IoT network, which boasts more than 160 million connections across 12 countries.

Vehicle shall speak unto vehicle, and robot to robot

Vodafone stresses that precise positioning is vital to the mass uptake of vehicle-to-anything (V2X) technology, which enables vehicles to “speak” with other vehicles, road users, and infrastructure as well as autonomous machinery and robots.

Justin Shields, director of Vodafone Business Platforms & Solutions, commented: “As new technologies like autonomous cars and connected machinery continue to evolve, Vodafone is providing the critical connections to support these new services with greater precision, more safety and at scale. Our customers want to be able to better locate their devices, and the collaboration with Topcon complements our existing asset tracking and fleet telematics solutions.”

Vodafone Business already provides such services to enterprise customers across 54 countries and if the PoC pilots are successful and a mass-market solution follows, it will be an extremely useful adjunct to the existing system.

Vodafone GNSS Corrections also supports the network operator’s determination to improve V2X location accuracy, especially when sharing trusted data to help prevent accidents and fatalities on Europe’s roads. Thus, Vodafone is offering precise positioning as a complement to its new Safer Transport for Europe Platform (STEP), which allows entities to communicate with each other where no line of sight exists. Unveiled in March this year, STEP has been successfully tested in Germany and the UK and will be made available via Vodafone Automotive and third-party apps later this year.