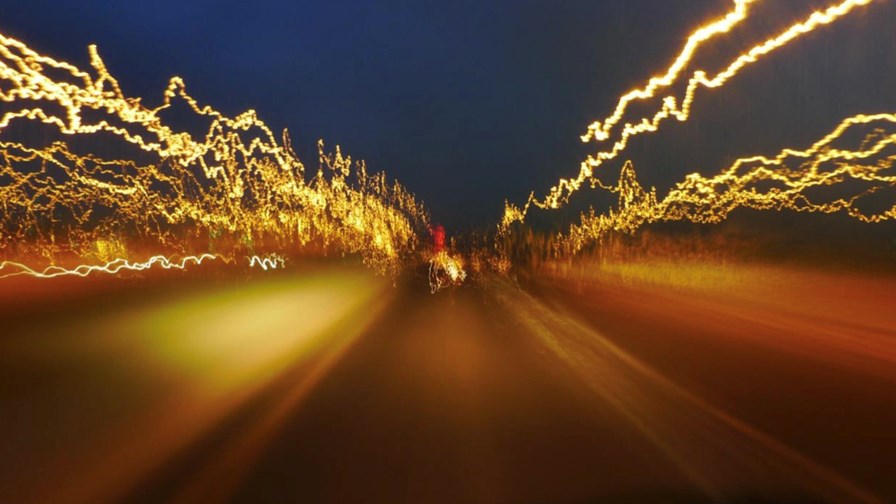 Data transmission speeds just keep on accelerating, and the latest achievement is a Scandinavian triumph. Scientists from the Technical University of Denmark and Chalmers University of Technology in Gothenburg, Sweden, have succeeded in transmitting data at 1.8Pbit/s (petabits per second). That’s an astounding feat but also one that was achieved with ease and with capacity to spare. And, lest we forget or get blasé, we should remember that 1Pbit/s is 1 million times faster than 1Gbit/s. Even more impressively, the researchers hit the heights using a single laser and a single optical microprocessor.

The ramifications for data transmission are profound: A data connection running at 1.8Pbit/s is enough to transmit the entirety of the global internet’s traffic twice in a single second! And that's just for starters. The scientists calculate that one chip will be able to transmit at 100Pbit/s – a speed so immense it is almost beyond comprehension.

In the experiment, which is reported in full in the respected peer-reviewed scientific journal Nature Photonics, the teams from the universities used a single custom-designed optical chip able to exploit the light pumped from just one infrared laser.

That light was split into 223 totally separate streams, each corresponding to different frequencies within the electromagnetic spectrum. The frequencies are thus separated and cannot interfere with one another (think of the teeth of a comb and you’ll get the idea), and each frequency (or colour of light) can carry distinct streams of data that can travel at very high speed and with great efficiency before being recombined at the receiving end and sent over an optical fibre. The volume of data transmissible by this means is enormous.

The single laser solution used in the experiment to provide data throughput of 1.8Pbit/s would have required more than 1,000 of the best and most advanced lasers currently available for commercial use to achieve the same results. Dr Victor Torres Company, who is professor at Chalmers University of Technology, leads the research team that developed and made the new microprocessor. He said: "What is special about this chip is that it produces a frequency comb with ideal characteristics for fibre-optical communication [in that] it has high optical power and covers a broad bandwidth within the spectral region that is interesting for advanced optical communications."

It was by happenstance that the tests revealed that the new chip can handle and maintain traffic loads of 100Pbit/s. Dr Company explained: “In fact, some of the characteristic parameters were achieved by coincidence and not by design” thus were not specifically set for the experiment. “However, thanks to the efforts of the team, we can reverse-engineer the process and achieve with high reproducibility microcombs for target applications in telecommunications," he added.

While the successful demonstration of data transmission at 1.8Pbit/s is impressive in its own right, it is the potential for scaling-up that makes the technology so important. Professor Leif Oxenløwe, the head of the Centre of Excellence for Silicon Photonics for Optical Communications at the Technical University of Denmark (DTU), noted: “Our calculations show that with the single chip made by Chalmers University of Technology and a single laser we will be able to transmit up to 100Pbit/s. The reason for this is that our solution is scalable – both in terms of creating many frequencies and in terms of splitting the frequency comb into many spatial copies and then optically amplifying them and using them as parallel sources with which we can transmit data. Although the comb copies must be amplified, we do not lose the qualities of the comb, which we utilise for spectrally efficient data transmission.”

The Scandinavian research also has major implications for sustainability because it should result in the replacement of most of the lasers already deployed in comms infrastructure in datacentres, internet nodes and telecom local exchanges, all of which chew through enormous amounts of power and generate enormous amounts of heat. As Professor Oxenløwe comments, we now “have an opportunity to contribute to achieving an internet that leaves a smaller climate footprint”.

Side note: Infrared radiation, which is electromagnetic radiation with wavelengths longer than light that is visible to humans, was discovered in 1800 by Friedrich Herschel while he was experimenting with measuring the temperature of the different colours of sunlight and splitting them by passing them through a prism. He put thermometers in the individual colour ranges and noticed that the highest temperatures were always at the red end of the spectrum. Thus, he concluded that the solar spectrum possesses an invisible continuum beyond that of visible red light. Scientists later split infrared into five subdivisions and named the categories near-infrared, short-wavelength infrared, mid-wavelength infrared, long-wavelength infrared and far infrared.

For most people the closest contact they have with infrared in the domestic context is when changing channels on a television. The ubiquitous channel-changer uses light waves that are just beyond, but very close to, the visible spectrum of light. Interestingly, research has shown that some people are peripherally able to perceive or detect infrared at 1,060nm but they ‘see’ it as a pale green light.

The human eye has not evolved to see infrared but, were we able to see it, we would not be able to see blue or indigo and so almost everything we would observe would be yellow and orange with a tint of green. Think about a permanent Halloween (how very appropriate, given today’s date), and a visible landscape with trees looking permanently autumnal and most things the colours of pumpkins, butternut squash, carrots and ginger cats – whether they are actually ginger cats or not.