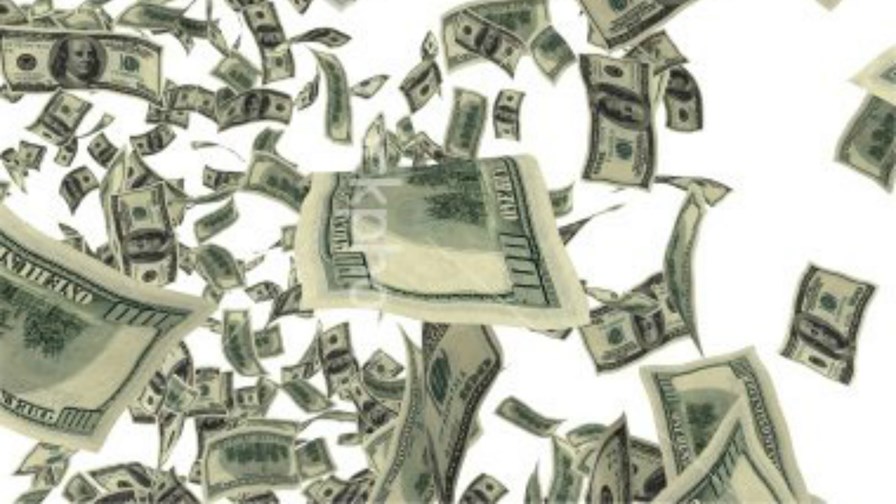 This grim Christmas there's little enough to celebrate, but there are some gleams of light to be discerned flashing on the horizon as the spectres gather. One candle visible in the dark is that with less than a month to go before the changing of the White House guard, US legislators are to endorse the payment of US$1.9 billion in federal funds to speed the removal of Huawei and ZTE equipment from the nation's communications networks.

Furthermore, the Congress will also vote through a bill to enable the disbursement of $3.2 billion to pay out-of-work or low-income US citizens $50 a month "to help them afford broadband services and Internet connected devices." According to a fact sheet seen by Reuters, the "temporary, emergency broadband benefit program at the Federal Communications Commission (FCC) will help low-income Americans, including those economically-challenged by the Covid-19 pandemic, get connected or remain connected to broadband."

Back in June the FCC found Huawei and ZTE to be credible and persistent threats to the security of the United States. That ruling precluded American telcos and ISPs from taking advantage of a $8.3 billion federal fund that earlier had been set aside to subsidise the purchase 5G equipment from Chinese companies, making the policy of "rip out and replace extremely expensive for the big network operators and prohibitively so for the smaller carriers.

Six months on the authorities have got their acts sufficiently together, a relief plan is in place and now only awaits guaranteed passage through the legislature before becoming federal law. That will now happen, in short order, and the money will be made available and the stuttering deployment of 5G technology should soon be smoothed and at least kept on track if not expedited. Funds from the over-arching $7 billion Covid Relief Broadband Package will be be of immense help to the big telcos and ISPs (classed as those companies with more than 10 million subscribers) but a veritable lifeline to those smaller but equally important companies with two million subscribers or less.

There is also $250 million to help support developments in telehealth and a billion bucks is being made available to native Americans via the Tribal Broadband Connectivity Grant Program. In addition, the Office of Minority Broadband Initiatives at the National Telecommunications and Information Administration (NTIA) will be established.

There's even $65 million set aside for the making of "better broadband maps". Such charts are sorely needed because a lot of those currently available in the US are massively inaccurate, biased, partial, out-of-date and of the "here be dragons" and "terra incognita" type sketched out by Captain Flint in "Treasure Island." For grants and subsidies to be provided to the companies and areas that really need them, broadband maps need to be completely redrawn.

In total, the US government is currently authorising the spending at least $900 billion to relieve the disastrous effects of Covid-19. It is the second biggest aid and economic stimulus in US history. The biggest (so far) was the $2.3 trillion mandated in March this year at the start of the pandemic.

Huawei's response to becoming a corporation non-grata has been to claim that it is "disappointed" that its  equipment is being torn out of US networks. And you can bet your bottom renminbi that is the understatement of the century so far.  It says the forced removal of Huawei products from telecoms networks is "overreach" that "puts US citizens at risk in the largely underserved rural areas during a pandemic when reliable communication is essential." When Huawei would say that, wouldn't it? And it duly has. And its protestations have fallen on deaf ears.

Meanwhile, north of the 49th parallel in Canada, the federal government has established and just opened the country's $1.75 billion Universal Broadband Fund and is touting for custom with applications for the funding of fast Internet access projects being accepted for expedited processing.

Canada is already investing heavily in enhanced broadband deployment and is asking citizens to use the web to access the nation's National Broadband Internet Service Availability Map to check on upcoming upgrades or new deployments and to suggest locations and areas that should be added to the list. Very democratic. Very civilised. Very Canadian.

The current Fund is set to last for seven years and will support broadband projects across the entirety of the massive country with a special emphasis on providing high-speed Internet access to the unique needs of rural and remote communities. At the same time there will be funding available for large-scale high-impact projects in big cities and towns and special programmes to bring mobile comms to Canada's indigenous peoples.

Furthermore, a "Rapid Response Stream" is being set aside for broadband projects that can be completed extremely quickly - and when the Government of Canada says "fast", it means fast! Applications to the Rapid Response Stream are being accepted through to January 15 in the New Year for expedited execution within the next few months.