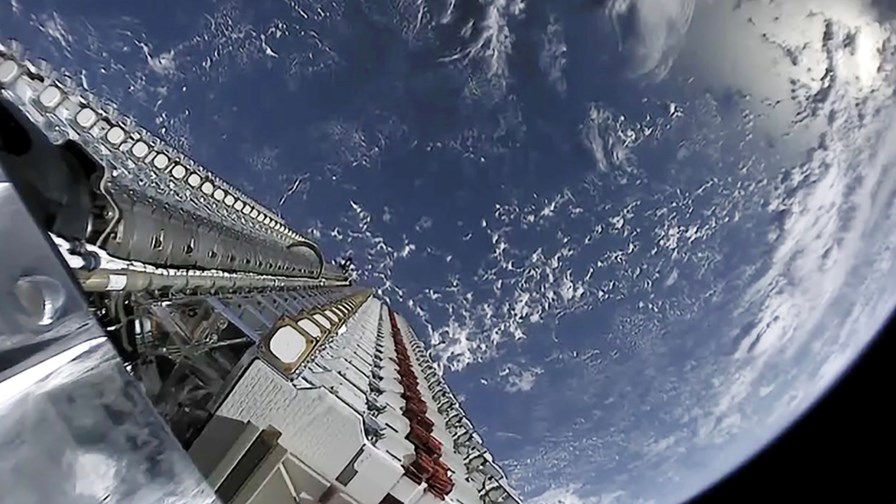 Elon Musk may be a veritable colossus de nous jours as he mightily bestrides American industry but even he may baulk at taking on the US Army. But that’s what he might have to do after research found that the growing constellation of his Starlink low-earth orbit (LEO) satellites could be pressed into service as a close-to-global alternative to the ageing and insecure US GPS navigation system. That’s something Mr Musk is not happy about and would like to ensure does not happen.

Dr Todd Humphreys is an expert in applying “optimal detection and estimation techniques to problems in satellite navigation and communication, autonomous systems, and signal processing.” His research on “assured perception for autonomous systems, including navigation, timing, and collision avoidance, and on low-earth-orbiting satellite mega-constellations”, which he is conducting as a director of the Wireless Networking & Communications Group at the University of Texas at Austin, is paid for by the US Army.

Uncle Sam is eager to source an updated, more accurate and less expensive backup/alternative to the GPS and, working with his colleague Peter Iannucci of the Austin Radionavigation Laboratory, Dr Humpreys has found that Starlink satellites can, by applying simple software upgrades, be reverse-engineered to double up as a GPS less prone to interference than the current iteration, while providing improved security and 10 times better location data.

The breakthrough, dubbed “fused LEO navigation” by Humphreys and Iannucci, will use instant orbit and clock calculations to locate users to within 70 centimetres. The current GPS system provides deliberately degraded accuracy to private and commercial users and, for them, is accurate to tens of metres. Military users get better accuracy than that, but it’s not as precise as that offered by the new fused system.

Todd Humphreys says the key to providing an alternative GPS is using the metronomic “beacon signals” broadcast by the Starlink satellites to enable ground receivers to connect to the constellation. By hitching a lift in this way, a new GPS can be enabled without affecting Starlink’s technology and can be effected without SpaceX’s involvement or permission. This has set Elon Musk back on his ears. He doesn’t want the US military to piggyback a GPS on his system and he certainly doesn’t want to lose what he perceives as complete control over his brainchild.

In an interview with the ever-fascinating and indispensable MIT Technology Review, Dr Humpreys accepted that the Starlink system signal is a closely guarded secret. “Even in our early discussions, when SpaceX was being more cooperative, they didn’t reveal any of the signal structure to us. We had to start from scratch, building basically a little radio telescope to eavesdrop on their signals,” he added. There you go, then.

After a while, it became apparent to the researchers that Starlink uses orthogonal frequency-division multiplexing (OFDM). This is a digital transmission encoding technology, invented back in 1966 that facilitates encoding data on multiple lower-rate carrier frequencies. OFDM is now in widespread use in 5G and Wi-Fi.

The University of Texas at Austin researchers did not attempt to crack Starlink’s encryption or try to access any user data beamed from the constellation. Those sorts of actions might have given Elon Musk legitimate cause for concern and litigation. Instead, they concentrated on synchronisation sequences. These are signals repeating at predictable and consistent rates that can be analysed to determine a satellite’s velocity and distance.

In Starlink’s case it transpired that the satellites were transmitting four sequences per millisecond. Todd Humphreys said that not only was the team successful in finding them but it was also “pleasantly surprised to find more synchronisation sequences than is strictly required”, making the constellation ideal for “dual use of their system for positioning”.

When a receiver on terra firma has knowledge of a satellite’s orbit, velocity, and deviations (such as when inclinations are adjusted when orbital collisions with other satellite of space debris are calculated to be likely), it can then use synchronisation sequences to determine from which individual satellite in a constellation the signals originated and then calculate the distance to that particular satellite. Do this for multiple satellites and, voilà, a ground-based receiver can locate itself to within a few metres. Clever, eh?

Given the parlous state of the world post Russia’s invasion of Ukraine and growing political tensions with the likes of China, Iran and North Korea, it’s probable that he could do little about it if the US Army decides to go ahead and use Starlink anyway. In that case, will we see Musk launching and losing a litigation battle? Or will he yield to the inescapable reality of realpolitik and cooperate with the military?

At the moment, he is rather preoccupied with trying to convince the backers who are helping him pay for the $44bn buyout of Twitter that he will have that deal finalised by this Friday, a deadline set by the US courts. Two days can be a long time in Muskland.