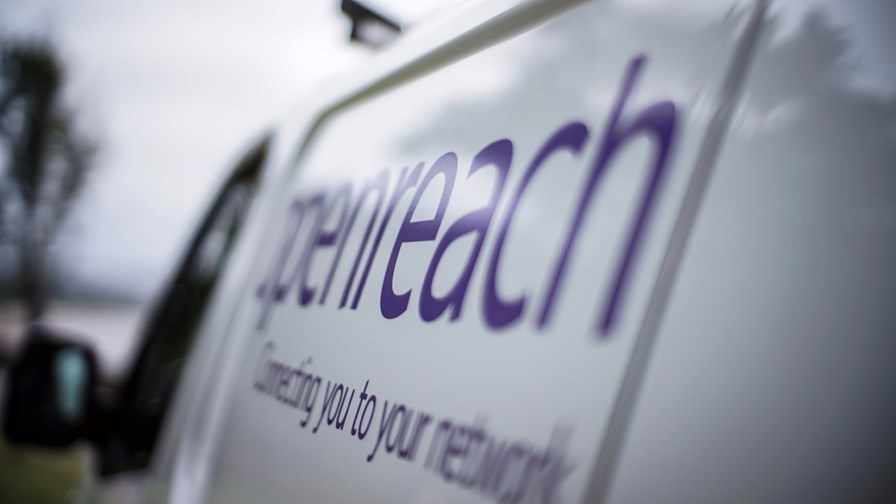 As anticipated, Openreach, BT’s quasi-autonomous wholesale fixed access network operator, has unveiled a new wave of long-term discounted pricing offers (dubbed Equinox 2) that, it claims, have been formulated in response to customer demands. But a key rival says Openreach’s tactics will “strangle competition” unless regulatory action is taken.

That Openreach had a new set of upcoming offers for its ISP customers, such as TalkTalk, Sky and Vodafone, was well known and was expected. UK regulator Ofcom approved Openreach’s initial Equinox discounted pricing scheme last year, a decision that prompted wholesale rival CityFibre to appeal to the Competition Appeal Tribunal (CAT), claiming that Ofcom’s decision was “wrong and inconsistent with Ofcom’s policy objective of promoting infrastructure competition by encouraging investment in alternative full fibre networks.” CityFibre lost that appeal in July this year, even though the tribunal noted that Ofcom’s initial consultation process related to Equinox could have been better.

By that time, ISPs had already been queuing up to take advantage of Openreach’s attractive rates and by autumn this year more than 40 had signed up.

So when word got out recently that Openreach had Equinox 2 ready to put in front of Ofcom for approval, CityFibre wasted no time in filing a Competition Act complaint to the Competition and Markets Authority (CMA) and UK regulator Ofcom. The complaint accused Openreach of “undertaking an aggressive strategy to foreclose infrastructure competition in the UK fibre broadband market. This strategy exploits the dependency of its wholesale internet service provider (ISP) customers, deterring them from placing orders with alternative fibre providers.”

Now the details have been published and sent to Ofcom for review and, if they get approved, they will come into force on 1 April next year.

Openreach says the new offer is an “optional overlay” to the original Equinox and that the packages have been designed without “volume or exclusivity requirements” and include mechanisms that “remove any theoretical possibility of distorting incentives to use alternative networks”.

In a statement sent to the media, Katie Milligan, chief commercial officer at Openreach, said: “We’re investing £15bn to upgrade the UK to ultrafast, ultra-reliable full fibre broadband and we’re keen to get more homes and businesses using this new network as soon as we've built it. That way the whole country will benefit. To that end, we’ve responded to our customers' desire for lower prices and long-term certainty. These offers don't commit them to Openreach exclusively but, alongside our new, faster speed tiers, we're confident they'll help them continue to support and delight their own customers in a highly competitive market."

CityFibre CEO Greg Mesch, as you’d expect, was less enthusiastic: He’s concerned that such pricing will squeeze the business opportunities of openreach’s competitors and put their business health, and therefore future viability, in jeopardy.

“Openreach is exhibiting a series of behaviours straight out of the playbook of a dominant operator using its market power and advantages to maintain its dominance. Equinox is just one of those levers – a pricing policy designed to lock in its near-totally dependent customers and prevent them switching to faster, cheaper and more reliable competitors,” he opined.

“Ofcom helped create the competitive market that saw fibre Britain bloom. Long-range investors have answered its call, bringing billions of pounds into the country and they deserve long-range pricing confidence and a level playing field. BT Openreach must not be allowed to strangle competition before the fibre market reaches maturity.”

And that’s an important point: Several years ago the UK had hardly any fibre access lines and few companies investing in the asset that, effectively, is the digital umbilical cord for households, enterprises, public authorities, mobile operators and others. Now, following a change in regulations a few years back and tens of billions of pounds of already sunk and planned investments, the UK has a thriving fibre access network sector with multiple wholesale players and dozens of new competitive fibre-to-the-building network operators. Whether it is ruling on Equinox 2, reviewing the use of existing street furniture and cable ducts, or anything else that impacts these multiple businesses, Ofcom needs to ensure that it doesn’t make decisions that result in a shrinking market and a sector that offers only a handful of infrastructure-based options for ISPs. That would be detrimental to the UK’s digital market opportunities.

That’s not to say the UK market can support the 120-plus fibre network players it now has, and it’s inevitable that some will disappear one way or another. But natural market forces should be the root cause of such outcomes, rather than regulatory rulings.

“Ofcom now has a tough challenge of assessing the impact of these new prices and whether it will negatively impact the market and choice,” noted industry analyst Paolo Pescatore, founder of PP Foresight. “We are in a golden era of connectivity and moving people to fibre is in everyone’s interests as the merits of the technology outweigh copper. However, the market, as things stand, cannot support all players as there are too many chasing too few pounds. Consolidation is inevitable given the overbuild that is taking place. A more sensible approach should be adopted to ensure UK plc benefits from fibre broadband.”

Quite what constitutes “sensible” depends on whether you are in the Openreach or the CityFibre camp.