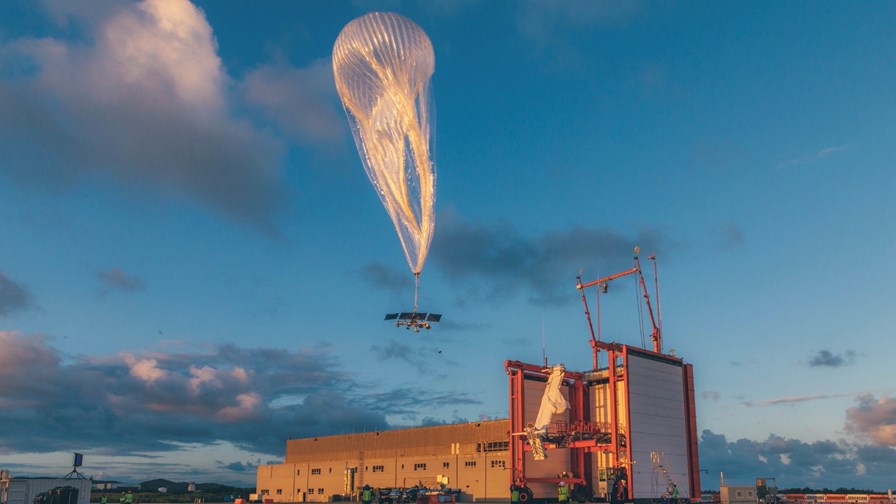 Alphabet, Google's parent company, has let the last of the gas out of the once-huge hype-bag that kept the "Loon" project in the air. Loon was an initiative that was supposed to provide wireless mobile telecoms and broadband Internet coverage via arrays of helium balloons sited in the stratosphere.

But, even in an industry infamous for its hyperventilating hyperbole, a truly immense amount of hot air and other gases swirled around Loon from the moment the project was announced and continued to vent for years thereafter until the roaring fumarole eventually dwindled to the occasional windy burble. Technology journalists, who covered Loon stories multiple times and were really quite engaged by the potential of the technology were nonetheless very thankful when the hurricane of press releases finally petered out.

Loon was one of the pet "Other Bet" projects dreamed-up in Alphabet's 'X Lab'. Another was the Waymo self-driving car. That project is still alive, but it's not very well. Indeed, Waymo's CEO, John Krafcik, recently described the development process as "an extraordinary grind" and "a bigger challenge than launching a rocket and putting it in orbit around the Earth." The story of Loon was not dissimilar.

The premise was that it would bring cellular connectivity and Internet access to the "last billion" unserved consumers on the planet. Yesterday that dream died as Alphabet pulled the plug. The magnificently and appropriately monickered Astro Teller, head of 'X' told it as it is, saying, "The road to commercial viability has proven much longer and riskier than hoped. So we’ve made the difficult decision to close down Loon."

Loon first saw the light of day in 2011, was tested publicly in 2013 and was made a separate subsidiary of Alphabet in 2018. In 2019, SoftBank of Japan, once a company that could do no wrong, invested US$125 million in Loon. In July 2020 the first "pilot" commercial service went operational with Telkom Kenya in Africa. Duly reverting to type the Loon marcoms department trumpeted that "a new era of stratospheric communications has begun"and it had but was very short-lived.

However, for a few months Telkom Kenya was able to provide "4G LTE" connectivity across the capital city, Nairobi, and a wide swathe of rural country and small towns in central and western Kenya. The operator says its development plans are now "in limbo" and "disarray" following the loss of Loon.

Word has it that Loon burned through the SoftBank money and was having great difficulty in attracting any further financing. Meanwhile, as a self-sustaining spin-out from Alphabet, its erstwhile owner refused to stump-up any more cash given that there was no apparent route to profitability for the project. Loon was regarded by its owners as a complementary addition to satellite networks and ground-based systems and was touted as having both lower latencies than satellite systems and would cost a lot less.

The giant transparent elongated plastic balloons (that's quite enough at the back there!) were powered by solar panels and were manoeuvred by AI systems software that enabled then to navigate strong high-altitude winds and stay on station or swing around to form lattices of many balloons, but the power parameters were limited and could be inadequate to the requirements of a wireless base station.

Astro Teller says Alphabet may well use aspects of Loon technology for other systems, services and applications, citing the fact that the optical communications tech that provided connectivity between the base stations  had already sequestered to a different "Other Bet project called "Taara", a mooted high-speed optical broadband system that will provide connectivity between terminal sets "up to" 20 kilometres apart.

Given the demise of Loon one must hope that the project succeeds and name Taara doesn't eventually get used in the way it is in Lancashire: "Taara then luv, it were right nice knowin' ya"