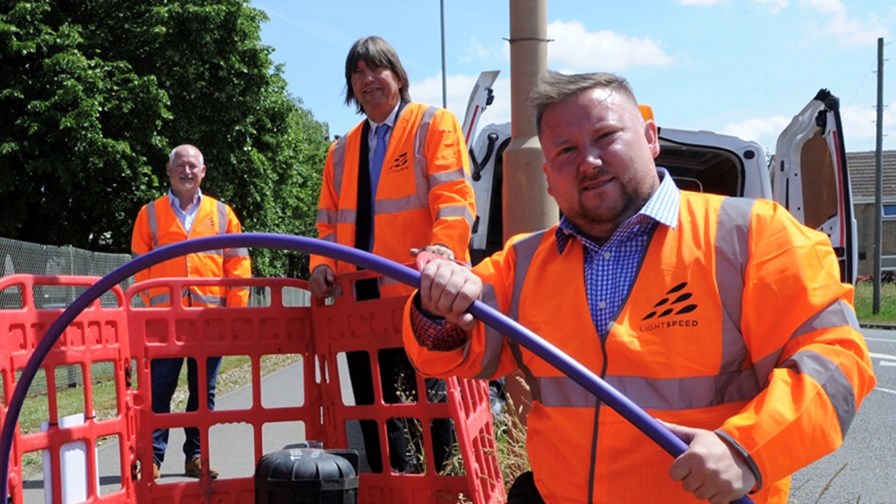 Lightspeed Broadband, one of the UK's newest fibre access network builders, is deploying a range of Nokia kit for its network rollout in the East of England, and the good news for British broadband service customers is that it's not the only one pushing FTTP towards the UK's eastern shores.

Nokia has inked a deal to provide Lightspeed with XGS-PON equipment for its PoPs and customer homes, as well as aggregation switching and IP edge solutions, the vendor announced. The deal also covers the supply of the Finnish vendor's Wi-Fi 6 Beacons for in-home coverage and Altiplano management platform.

"Following a rigorous selection process we chose Nokia for their industry-leading and future-proofed solution which means we can offer 10Gb/s services with best-in-class whole-home Wi-Fi 6 today, and upgrade to even faster speeds in the future," said Jeremy Steventon-Barnes, Lightspeed Broadband's recently-appointed CTO.

Steventon-Barnes took up the chief technology officer role in May, bringing with him a wealth of experience in the telecoms space. His CV includes lengthy stints at BT, Level 3 and Tellabs, while most recently he spent three years at Casa Systems and one at ADTRAN. Although he joined the company some months after its creation, Steventon-Barnes describes himself as a co-founder of Lightspeed Broadband.

Based in Spalding, Lincolnshire, Lightspeed Broadband announced its presence in February, when it revealed it had secured £55 million in funding from an international consortium of investors – including Swiss private equity firm AtmosClear Investments and US-based Kompass Kapital – that would enable it to roll out fibre-to-the-premises (FTTP) to 100,000 homes by the end of next year; it has the possibility of increasing that sum to £300 million to grow its footprint to 1 million homes by 2025. The firm is led by: CEO Steve Haines, who left a 30-year career at BT for the role; COO Dave Axam, also a BT veteran; and Chief Customer Officer Joanne King, who spent nine years at TalkTalk.

Lightspeed began work on its first 10 towns in South Lincolnshire and West Norfolk in April, and shared details in June of a second wave of build locations, extending further into Norfolk, Suffolk and Essex.

It is among of a growing wave of fibre access network builders in the UK. But with the market now becoming more crowded, we are starting to see overbuild in some markets, while others are still struggling for full fibre connectivity.

Lightspeed is not the only company targeting the East of England.

A month ago, market newcomer Upp revealed it has raised £1 billion from investment firm LetterOne to fund the rollout of a fibre-to-the-home (FTTH) network to 1 million homes and business in Eastern England by 2025. Its target market includes thus far unnamed towns in Norfolk and Lincolnshire. And it is also using Nokia equipment.

There's also fibre and wireless-based high-speed broadband provider Quickline, which serves Lincolnshire and parts of North Yorkshire: In June it announced that Canada's Northleaf Capital Partners had completed the acquisition of a majority stake for an undisclosed sum that will help it reach its goal of passing 500,000 rural premises with 5G fixed wireless access and, increasingly, FTTP in the coming years. Its strategy includes investing £500 million in the provision of high-speed connectivity "in rural Northern England and beyond." The firm is also tapping into government funding and has picked up four multi-million-pound BDUK contracts in under-served areas.

Minister for Digital Infrastructure – and MP for Boston and Skegness – Matt Warman provided a canned comment to each company, welcoming their investment plans and talking up the importance of job creation and connectivity...without forgetting to mention the government's own rural broadband project, of course.

Lincolnshire and the surrounding areas is not a small footprint and, like much of the rest of the UK outside urban centres, does need a fibre connectivity boost. But it is starting to look a little crowded.