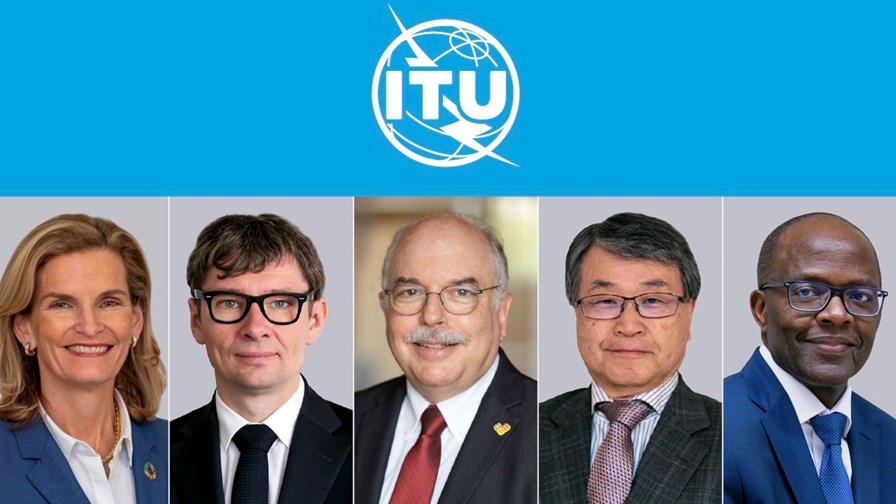 Today, as geopolitical tensions mount, the ITU will continue to promote the shared global use of the radio spectrum, facilitate international cooperation in assigning satellite orbits, assist in developing and coordinating worldwide technical standards, and work to improve telecom infrastructure in the developing world. Its remit also covers broadband internet, wireless technologies, aeronautical and maritime navigation, radio astronomy, satellite-based meteorology, TV broadcasting, amateur radio and next-generation networks. Any and all of these areas could be contentious under prevailing political and economic conditions.

The ITU’s global membership comprises representatives of 193 member states, and scientists and executives drawn from a list of 900 commercial businesses, national and regional organisations and academia. The top management team is drawn from experienced agency staff and seasoned senior executives from commercial companies.

The new ITU secretary general, the 12th since the organisation became a UN agency 76 years ago, is US citizen Doreen Bogdan-Martin. Hailing originally from New Jersey, and the first woman to hold the office, Bogdan-Martin is an internal appointee, having been a staffer at the agency for 28 years and director of the ITU's Telecommunication Development Bureau since 2019. She was elected to the post, for an initial period of four years, at the ITU's Plenipotentiary Conference 2022 that was held last September in Bucharest, Romania. It was a fractious event.

Bogdan-Martin succeeds China’s Houlin Zhao, who had been secretary general since 2014 and was elected unopposed for his second term of office. During his tenure, tensions between the west and China grew as the Chinese government made increasing attempts to change and reframe global communications standards to favour its own national biases and some ITU member states complained that Zhao had exhibited partisan preference to Chinese companies.

Despite its internationalist ethos and mandate, the ITU, like many UN agencies is, de facto, a political organisation where competing individuals and interest groups vie for the most influential and prestigious posts as they seek to foster the ideological and technological interests of the national and regional political entities with which they are aligned.

Thus, at the Bucharest Plenipotentiary Conference, which was held seven months after Putin’s forces invaded Ukraine, politics were even more evident than usual. Indeed, international media billed the event as “The Fight for the Future of the Internet” and Russia pushed and lobbied hard for its own candidate, Rashid Ismailov, to be elected as secretary general.

Bogdan-Martin was elected secretary general with 139 votes of the 172 member states of the ITU that voted. The required majority was 83 – Ismailov garnered just 25 votes. It was the Cold War all over again, writ small. The Russian candidate was supported by China, Saudi Arabia, Iran, Uganda and 17 other countries whose leaderships want total individual “sovereign state” control of the internet, whilst the US was the lead nation in a powerful coalition of countries supporting an open internet.

Lamanauskas, sometime head of corporate strategy at the ITU and a former head of public policy at international network operator Veon, is Lithuanian, and the Baltic States are voicing increasing concerns about Putin’s oft-voiced dream of ‘re-establishing’ an ‘imperial’ Russia that would involve the invasion and occupation of the independent nations of Latvia, Lithuania and Estonia.

However, while realpolitik lurks menacingly in the shadows, Lamanauskas stresses that, as deputy secretary general of the ITU, his is committed to the agency as “a neutral venue, where everyone seeks mutual understanding, aims to deliver together on the most pressing issues of the day, and jointly works towards the common vision for a truly connected world". He’ll certainly have his work cut out.

Maniewicz, originally from Uruguay, is a 30-year veteran at the ITU and as director of the Radiocommunication Bureau is responsible for organising and managing the work of the radiocommunication sector, with the remit of ensuring the “rational, equitable, efficient, and economical use of the radio-frequency spectrum and satellite orbits”. He also oversees the ITU’s radio regulations.

As director of ITU’s Telecommunication Standardisation Bureau, Onoe of Japan, an ex-NTT Docomo executive who is often referred to by the sobriquet of “the father of LTE”, will focus on the importance of cooperation between the ITU and the global technology industry. He says: “We need industry to implement standards. More involvement from industry will help with the dissemination of new technologies. Telecom standards only become meaningful when they are widely spread.”

His election has been greatly welcomed in Japan, not only by the industry but also by the government in general and the Ministry of Foreign Affairs in particular. Onoe is regarded as a bulwark against China’s intent to take control of nascent 6G standards.

Zavazava of Zimbabwe has taken over as director of ITU’s Telecommunication Development Bureau. His task will be to continue the ITU’s mission to “connect the unconnected” which, by 2030, will bring “universal and meaningful digital connectivity” to the 33% of the world’s population who still have no connection to telecom services or the internet.

As Bogdan-Martin says: “The digital divide is no longer just a technology divide – it is an opportunity divide. We live in a world filled with crisis and need. The world is facing significant challenges – escalating conflicts, a climate crisis, food security, gender inequalities, and 2.7 billion people with no access to the internet. I believe we, the ITU and our members, have an opportunity to make a transformational contribution. Continuous innovation can and will be a key enabler to facilitate resolution of many of these issues.”

It’s a laudable intent and the ITU is an important organisation with the facilities and backing to help to continue to narrow the digital divide. However, in these early years of the 21st century we live in a particularly politically riven world and no single organisation can, on its own and despite the best of apolitical good intentions, terraform a global telecom landscape that can be blasted back to the stone age by politicians with grandiose plans and the military means to impose their own dystopian visions of the way the world ought to be. The ITU can claim to be, and try to be, politically neutral but it isn't, and it never has been – the vested interests of member states make sure of that.