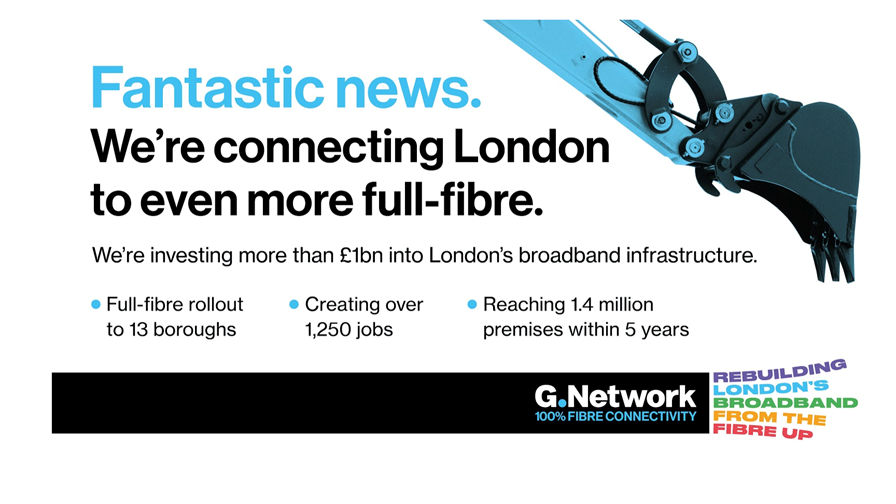 Not so many years ago, UK households were lucky if they got a 25 Mbit/s downstream broadband connection over copper from an ADSL2+ line. Now, it seems, they’ll have fibre tripping them up as they head to the nearest closed pub to see when it might next be open, with G.network the latest to raise the necessary funds to start digging up British roads.

G.network is now ready to add to the list of companies laying fresh fibre. It has raised £295 million from pension fund USS and secured £745 million in conditional debt arrangements from four banks to bankroll its plans to lay fibre along 4,500 kilometres of London’s streets and reach 1.4 million premises during the next five years.

The company expects to hire more than 1,250 people to roll out the network and offer services.

Like CityFibre, its network is ‘open access,’ which means it will be used by retail service providers to connect with and service end users. But it won’t be butting up against CityFibre, which chose to build its fibre networks in towns and cities outside the UK capital.

This is good news for London residents and companies, which are already set to benefit from alternative fibre broadband service offerings from Community Fibre, which has pledged to invest up to £400 million in the “accelerated expansion of full-fibre broadband” to 1 million homes and businesses in London.