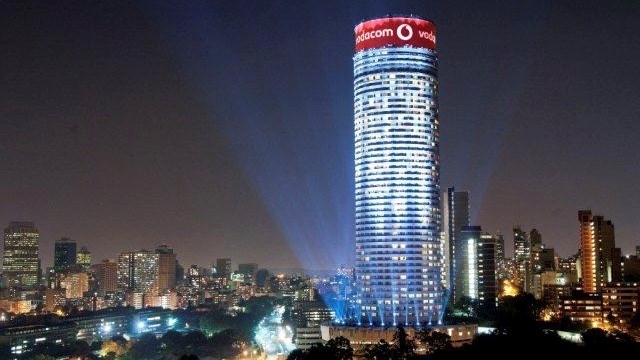 Vodacom has become the latest major telco to hive off its fibre assets into a new entity in a bid to drive growth.

It's a growing trend. Operators the world over are spinning off fibre operations and bringing in external investors to help fund future builds. The Vodacom deal has a slightly different structure than many of those we are seeing in Europe and elsewhere, but it's all part of the same movement.

The South African operator has teamed up with investment group Community Investment Ventures Holdings (CIVH), whose portfolio includes a pair of fibre network operators, to create InfraCo, a new company that will house the pair's fibre assets. CIVH will contribute all the assets held by Dark Fibre Africa (DFA), whose name is self-explanatory, and fibre-to-the-home (FTTH) wholesaler Vumatel, while Vodacom will hand over its FTTH, fibre-to-the-business and B2B transmission access fibre network infrastructure, plus 6 billion Rand (US$395 million) in cash.

With the telco valuing its aforementioned fibre businesses at ZAR4.2 billion (US$276 million), putting its total financial contribution at around US$670 million.

In return, it will pick up new shares in InfraCo and will ultimately end up with a 30% stake, although to reach that level it will have to acquire an unspecified number of additional secondary shares from CIVH. The deal also includes an option to pick up a further 10% stake in future.

To understand the value of the deal for Vodacom, we need to look closer at its existing fibre assets. This deal is not about a telco with a sizeable fibre footprint teaming up with a deep-pocketed investor looking for long-term returns – although that is doubtless CIVH's ultimate goal – but rather a fibre minnow looking to grow through partnership.

Vodacom is a big player in mobile in South Africa, but its presence in the fibre broadband market is limited. Its own fibre network passed just over 146,000 homes and businesses at the end of March, while fibre customers – business and residential – totalled close to 127,000; while that looks like a huge take-up rate, Vodacom uses other companies' Bitstream products to serve its fibre customers, as well as its own infrastructure.

By contrast, the other component parts of InfraCo, which will surely have a new name before too long, have a more established presence in the market. Vumatel's FTTH network, which it operates on an open access basis, passes 1.2 million homes and comprises 31,000 km of fibre. Its network will be combined with Vodacom's FTTH and fibre-to-the-business assets once the merger is finalised. Meanwhile, DFA claims to have 13,000 km of dark fibre, 37,000 connected circuits, and a range of dark fibre and managed fibre products for enterprise customers.

Those figures serve to explain why Vodacom is the minor party in the new venture and why it is contributing cash as well as its few fibre assets.

"Our agreement with CIVH aligns with Vodacom Group's strategy to build high quality and resilient fixed and mobile networks with and through selected strategic partnerships across the African continent," said Vodacom Group chief executive Shameel Joosub. He went on to mention the rebuilding of the economy post-Covid and, like CIVH Group CEO Raymond Ndlovu, highlighted the role of the deal in helping to bridge the digital divide in Africa. Ndlovu also noted that the move "will boost our ambitious fibre roll-out programme across the country."

The CSR stuff is all well and good, but that last comment is what this deal is really all about – bringing together three fibre network operators under the same umbrella and building some scale to enable them to compete more effectively in a market that looks set for growth.

South African incumbent Telkom's networks business Openserve reported having passed more than 707,000 homes with fibre at the end of September as part of its 1H results announcement earlier this week. Telkom is reportedly looking to float Openserve in Johannesburg in the near future – it is currently in the process of listing its Swiftnet towers unit – with local media outlets quoting CEO Sipho Maseko as saying he is keen to unlock value in the networks business, buoyed by its investments in fibre in recent years.

Speaking of scale, the CIVH/Vodacom deal was announced on the same day that Vodacom and parent Vodafone brokered an asset transfer that will see the former take over the latter's stake in its Egyptian business. Vodacom will pay around ZAR41 billion (US$2.7 billion) in total – ZAR8.2 billion in cash and the remainder in shares – for Vodafone's 55% stake in Vodafone Egypt. As such, Vodafone's stake in Vodacom will increase to 65.1% from 60.5%.

In Vodafone's words, the deal enables it to simplify the management of its African holdings, while granting Vodacom exposure to a big market bringing the opportunity for portfolio diversification and growth. Vodafone Egypt, it says, will benefit from closer cooperation with Vodacom, enabling it to accelerate growth in financial services and IoT.

"Vodafone Egypt is ideally positioned to capture growth in a burgeoning ICT market, which means the proposed acquisition provides our shareholders with an exciting revenue and profitability diversification opportunity and the potential to accelerate the Group's medium-term operating profit growth potential into double digits," said Vodacom's Joosub. Aside from Vodafone, Vodacom's shareholders include government and institutional investors.

This is clearly a fairly straightforward deal, which makes sense for both parties, and presumably the relevant regulatory bodies will agree.

The regulators will also take a look at Vodacom's fibre deal, which may well attract a little more scrutiny, but with all parties bigging up the benefits to South Africa as a nation and the wider continent, it's likely to get the green light.

Next year could be an interesting time for fibre rollout in South Africa.