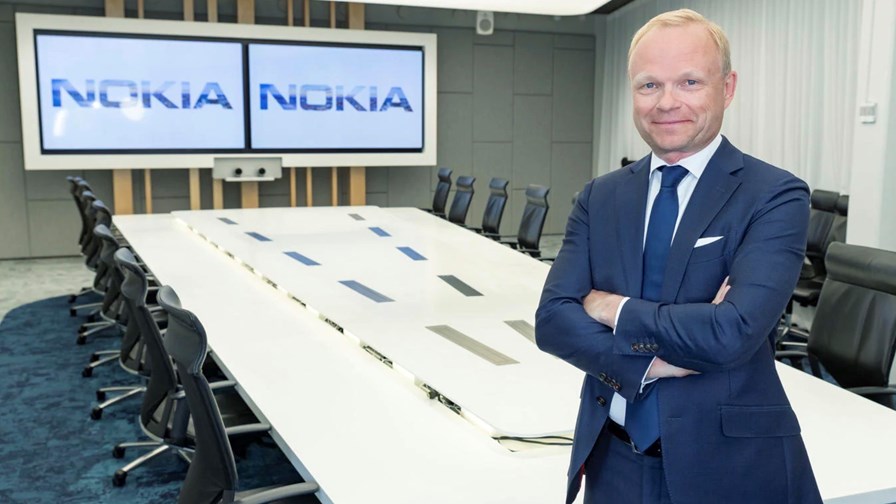 Nokia has a lot to thank its Network Infrastructure unit for right now: The division, which includes its fixed broadband access as well as optical, routing and submarine network systems product lines, is in rapid growth mode as network operators and digital asset investors pour billions into local access and global fibre infrastructure, and its financial performance during the third quarter helped the Finnish vendor to report an overall year-on-year growth in sales by 2% to €5.4 billion.

But the spectre of chip shortages is haunting Nokia, along with every other technology company, with the vendor’s President and CEO Pekka Lundmark noting in the prepared notes for the third quarter earnings report that “uncertainty around the global semiconductor market limits our visibility into Q4 and 2022,” though he is “pleased with our strong financial performance in 2021 so far.”

The vendor’s Mobile Networks division is still its largest, but in terms of sales it’s in decline at the moment as it continues to revamp its 5G portfolio around its own ReefShark SoC (system-on-chip) and adjust to life without a massive Verizon RAN contract: Third quarter revenues for Mobile Networks dipped by 5% (at constant currency exchange rates) to €2.315 billion.

Fortunately for Nokia, it has the Network Infrastructure division, which reported a 6% year-on-year increase in sales to €1.92 billion, driven mainly by a 29% leap in sales of Fixed Networks (broadband) products to €588 million and a 20% increase in sales for the Submarine Networks unit to €247 million (and remember, that’s a line of business that Nokia had previously tried, but failed, to sell).

Nokia noted that the Fixed Networks growth was driven by demand not only for fibre broadband access products, but also for Fixed Wireless Access (FWA) gear, for which it has more than 25 customers. The company has been putting a lot of effort into making mmWave FWA a better prospect for network operators as demand grows, but Nokia is far from alone in what is an increasingly competitive sector – see Nokia revamps its approach to 5G mmWave FWA and Starry, Tarana shine a light on FWA’s potential.)

The other product lines in the Network Infrastructure division are IP Networks (routers), which had flat sales at €668 million for the quarter, and Optical Networks, which recorded a 12% decline to €412 million.

The Cloud and Network Services division also did well, reporting 12% year-on-year growth to €748 million, with Nokia noting that 5G Core sales have been particularly healthy – it now has more than 150 customers for that platform – and that it ended September with more than 380 private wireless network customers, up by 40 during the third quarter.

So, overall, Nokia is managing to grow its business and it’s clearly benefitting from having a diverse portfolio.

However, as mentioned, like other systems vendors, its business is being impacted by the big technology supply chain challenge that is affecting many vertical industries – sourcing chipsets and dealing with the soaring costs of the chips that are available. And the situation is getting worse during the current quarter, the company noted in this earnings press release, as “visibility” of access to components worsens and component prices continue to rise.

“The key uncertainty continues to be the supply chain of semiconductors,” noted Lundmark in a pre-prepared video released as part of the company’s Q3 reporting. “We are working every single day with our customers and suppliers with two goals: One, to ensure the availability of products, and two, to mitigate the effects of the cost inflation that our industry is currently facing.” Those pressures could impact Nokia’s margins in 2022, noted the CEO.

Despite those challenges, Nokia still expects to hit full year sales of €21.7 billion to €22.7 billion and report an operating margin of 10-12%. That defiant message, and better than expected margins, sat well with investors, as Nokia’s share price gained almost 3% to hit €5.18, a far cry from the €3.18 it commanded at the start of 2021.