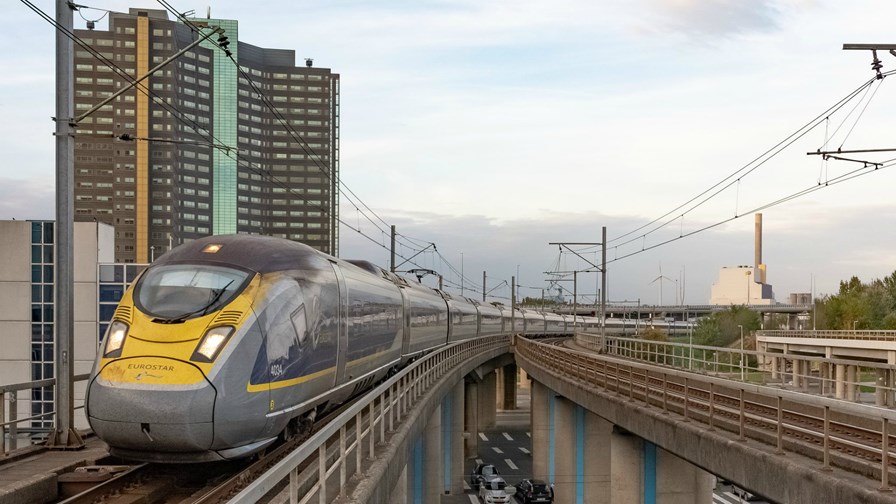 This is the story of a classic Covid climbdown. There will surely be more. The awful health care, societal and economic effects of the virus are all too well known and evident for anyone to see. Blame where due blame is due and all that, but for Eurostar, the railway company that runs the international train services between London, Paris, Amsterdam and Brussels via the Channel Tunnel, to cite the pandemic as reason to deny coach-class travellers access to wi-fi while on board, whilst maintaining the service for those in the (very) expensive "premium" seats takes not only the biscuit and also le pisse.

OK, so most people with a scintilla of common sense and those not actually being ordered into potentially dangerous environments by bosses who demand that their underlings travel for business reasons whilst being too cowardly to do so themselves, aren't using public transport very much and passenger numbers on Eurostar have been down by at least 20 per cent, although they are now climbing again.

For passengers with reservations for the "cheap" seats to be marshalled onto a train and harangued by officious trolley-dolly enforcers who suddenly find themselves in positions of uniformed bureaucratic power is bad enough but to be deprived of access to wi-fi whilst sweltering in a sweaty mask aboard a hermetically sealed train for up to six hours at a time makes matters so much worse.

When the (short-lived) policy was introduced, just two days ago, Eurostar management hit on the brilliant idea of blaming it all on the pandemic. When examined, the science behind the decision was shown to be utterly spurious. Customers were understandably furious.

Eurostar's marketing blurb makes much of the "free" availability of wi-fi on board its trains. It says, "By combining 3G and 4G mobile data signals along the route, we'll keep you connected as we speed across borders and time zones. Whether you’re working or unwinding, you can email, tweet and post using any wi-fi enabled phone, tablet or laptop, even in the Channel Tunnel." It also says, "Our new and refurbished trains have free wi-fi throughout." It does not say, "Except for the hoi-polloi, the great unwashed and the lumpenproletariat"

Let's take a look at how Eurostar's wi-fi actually works. Access is via the train company's SSID (Service Set Identifier), a wireless local area networking standard wherein a service set is a group of wireless network devices which are identified by the same SSID. SSIDs serve as "network names" and are typically natural language labels. The service is supplied to trains via a track-side network of 3G and 4G based mobile broadband cells.

That's it. Once the system is in place, off it goes. It's not perfect and service interruptions are commonplace but people like it because access to the web whilst travelling passes the time on nicely. The cost of deploying the system is deemed to be a cost of doing business and is a one-off hit that is written through and off Eurostar's accounts over a given period. Thereafter contingency is made to account for maintenance and upgrades.

So much for liberté, égalité, fraternité

Obviously some smart-arse somewhere in the Eurostar hierarchy thought it would be a great wheeze to deprive coach-class passengers of access to on-board wi-fi (even the though the cost of providing it to seats is already  factored-in to the price of tickets) and blame Covid-19 for it. This is Eurostar's rationale: “As a result of coronavirus we have had to review and amend some of the services we offer and at the present time we are only able to offer WiFi in our [Standard Premier and Business Premier] carriages. Our apologies for the inconvenience caused.”

Within minutes Eurostar was bombarded with complaints and abuse, and quite rightly so. When the company was asked how coronavirus could be transmitted from outside a train travelling at hundreds of kilometres over Wi-Fi into the noses, throats and lungs of cattle-class passengers but not into those travelling in the premium carriages, the answer came there none. That's because there isn't one.

Having been properly pilloried and ridiculed for making complete prats of themselves, Eurostar's brilliant press relations team eventually issued  a limp and self-serving social media statement saying, "Following an unprecedented fall in demand across the travel industry, we made some temporary changes to simplify our business. This included the wi-fi connectivity offered on board. We are pleased to say that wi-fi is now available on board and is free throughout all classes of service."

The general response has been, "Conneries" (in French) and "Bollocks" (in English) Both are slang words for "information deliberately intended to deceive or mislead."

Whoever was behind such a stupid and misguided decision should be made to make penance by being given a hammer and sent out over the winter months to tap on the wheels on freight wagons in the Calais railway marshalling yards, seven days a week, twelve hours a night - on minimum wage. One can but hope.