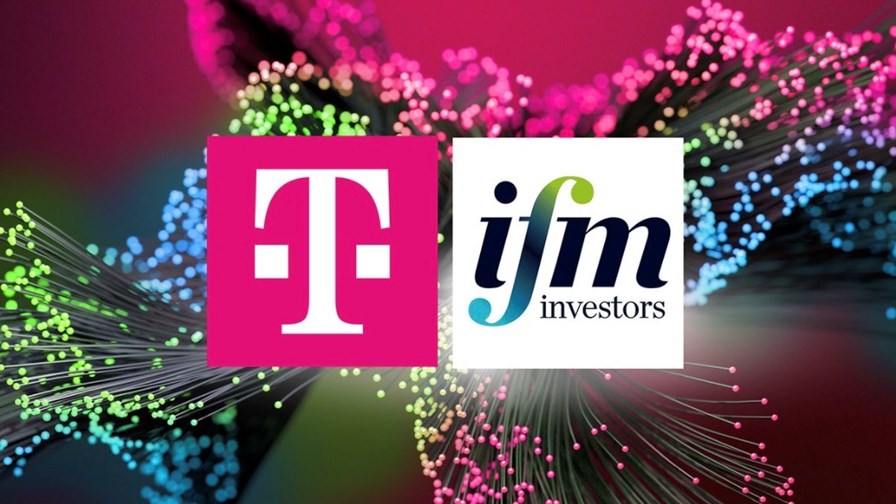 Deutsche Telekom has brought in an investment partner with a hefty chunk of cash to help it fund fibre network rollout in rural areas of Germany.

We knew a deal was in the works – speculation that an investment agreement between the German incumbent and Australian fund manager IFM Investors was rampant on Thursday. The companies have now confirmed that the IFM Global Infrastructure Fund will plough €900 million into GlasfaserPlus, an entity set up by Deutsche Telekom, in exchange for a 50% stake.

Deutsche Telekom has carried out this fibre plan in stealth mode, quietly establishing GlasfaserPlus last year and spending this one seeking out investment partners. There have been rumours of such a move, but nothing concrete from the telco until now. However, it has made plenty of noise about its fibre rollout goals and milestones, which understandable, given that it is attacking this market from something of a laggard position, spending several years sweating copper assets with VDSL and worrying about the regulatory position on full fibre.

With all that now behind it, Deutsche Telekom it rolling out fibre at pace.

By mid-year it had passed 2.5 million homes and buildings with its fibre network. It built out 430,000 FTTH connections, using 30,000 km of fibre, in the first eight months of this year, including 85,000 in July alone, thereby declaring itself "right on target" to meet its full-year goal of 1.2 million. At the time – in late August – Deutsche Telekom noted that it had a specific focus on rural areas, declaring that it would roll out 8 million FTTH connections in such areas by 2030. The IFM deal will certainly help with that.

GlasfaserPlus is charged with building out fibre-to-the-home (FTTH) connections to 4 million homes or more, mainly in rural areas of Germany, between 2022 and 2028. Next year's start date depends on receipt of the relevant regulatory approvals.

It will be a wholesale network operator, offering open access to all comers, including the incumbent, of course. Deutsche Telekom has committed to inking a wholesale deal with GlasfaserPlus at closing. Doubtless it will also appeal to rival operators too; It's worth noting that Deutsche Telekom already has a wholesale FTTH deal in place with Telefónica Deutschland, announced this time last year. At the time, it noted that it was open to similar deals with others, thus this latest fibre move simply broadens that offer.

It was clear back then that DT needed to build more fibre, and fibre requires investment. In addition to the €900 million Deutsche Telekom will get from IFM – no small sum, even in the costly world of network building – GlasfaserPlus will also participate in government subsidy tenders, set up to encourage the deployment of fibre in difficult-to-reach areas.

All in all, it seems like a financially prudent set-up for Deutsche Telekom.

"Partnerships are indispensable for the successful digitisation of our country. We are therefore very pleased that we were able to attract IFM GIF for our joint venture," said Srini Gopalan, head of Deutsche Telekom's domestic business.

"Including the investments of the GlasfaserPlus joint venture, by 2030 we plan to invest more than €30 billion in fibre alone, so that all households and businesses will benefit from a gigabit-capable fibre connection. GlasfaserPlus helps us to decisively accelerate the digitisation of rural areas. The joint venture is therefore an important element of our roll-out strategy. This will benefit local authorities, but above all our customers," Gopalan said.

Deustche Telekom may now be committed to a comprehensive fibre rollout programme, but it's fair to say that is has had more than a gentle nudge from the competition.

You could be forgiven for mixing up your Glasfasers, given Germany's apparent penchant for creative naming. Just to be completely clear: GlasfaserPlus is the Deutsche Telekom/IFM joint venture; Glasfaser Nordwest is a regional fibre joint venture between Deutsche Telekom and energy supplier EWE; while Deutsche Glasfaser is a private equity-owned altnet that also targets rural areas. Meanwhile, Unsere Grüne Glasfaser (UGG) is a 50:50 joint venture between Telefónica and insurance group Allianz – much like the DT/IFM deal – that aims to roll out fibre to 2.2 million households in rural and semi-rural Germany, on the back of €5 billion in investment over six years.

That's a lot of Glasfasers. And there are more. Germany, like other major markets, is seeing a patchwork of fibre network builders – of all names – emerge as the country seeks to make up for lost time in FTTH. There could yet be others. There certainly appears to be no shortage of willing investors.

"This is an attractive investment for IFM's Global Infrastructure Fund – the GlasfaserPlus joint venture has strong socio-economic benefits as well as long-term cash-flow predictability, which will help us deliver on our purpose, which is to protect and grow the long-term retirement savings of working people," said Kyle Mangini, IFM Investors' Global Head of Infrastructure.

IFM is far from alone in seeking investments of that nature. And that's great news for the global telco community.