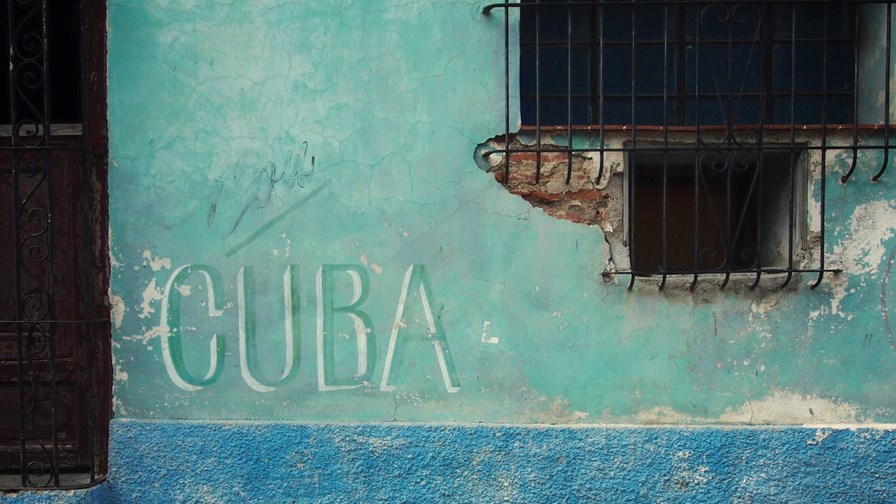 In Cuba, on 3 March 1959, the revolutionary government of Fidel Castro seized control of the Cuban Telephone Company and immediately nationalised it. Hitherto, it had been a subsidiary of the International Telephone and Telegraph Corporation. The strategically highly important seizure was the first (but by no means the last) made by the Castro regime and, all these years on, it can safely be said that the telecoms sector in Cuba has never been the same since.

Since 1994, telecom services on the Caribbean’s largest island have been run by Empresa de Telecomunicaciones de Cuba SA (ETECSA for short), the state-owned and state-controlled monopoly organisation with no national competition – it is the sole (lawful) provider of telecoms services on the island. It is one of a tiny handful of Cuban companies that makes a lot of money but, nonetheless, exists in a state of permanent crisis, continually lurching from one predicament to another and then back again.

Reliable and up-to-date telecoms statistics are hard to come by, but Cuba lags massively behind North America, the UK, Europe, Asia and Australasia in terms of telecoms development and the availability of services. This is mainly because of national and international politics and trade embargoes. So, as of 2020, it is known that Cuba had a total of 8.16 million communications connections, overall, for a then-population of 11.33 million. Among them were 6.66 million mobile connections.

Mobile telephony came late to Cuba, and so did the internet, unsurprisingly given that even the government was in the habit of calling the world wide web “the great disease of the 21st century”, mainly because of the amount of “counter-revolutionary information” available on various websites. However, some restrictions were lifted in 2007 and buying a (massively expensive) computer became legal – with a government permit. Of course, the whole tedious process was hedged around with Kafkaesque bureaucratic regulation and oversight and, anyway, few Cubans could afford to stump up the cash (often required in hard currency rather than Cuban pesos) either to buy a laptop or pay the phenomenally expensive costs of ‘broadband’ access.

As far as mobile access is concerned, and thanks to limited 4G technology, in 2019 mobile internet connectivity was enabled via ETECSA’s Cubacel mobile phones. Last March, Cuba’s Mincom (Ministry of Communications) announced that 4G was now available in every municipality in the country. However, the fact that it was ‘available’ in theory did not necessarily mean that it was available in practice.

When they were introduced, Cuba’s mobile phone tariffs were infamously expensive. Prices have since fallen but they are still high and as it’s a competition-free, seller’s market, so there is little incentive for ETECSA to introduce new tariffs or technologies. 5G is a pipe dream. As for the internet, Cuba remains way down the world average, with only 3,244 web hosts.

Last month’s Cuba telecoms Speedtest from Ookla, the trusted web service that provides free analysis of internet access performance metrics such as connection data rate and latency, shows that Cuba’s fixed broadband services place the country way down at 181st in the international hierarchy. The average broadband download speed was 1.82Mbit/s, upload speed was 0.81Mbit/s and latency stood at 132 milliseconds (ms). Meanwhile, mobile performance was clocked at a download speed of 4.51Mbit/s, upload speed at 3.14Mbit/s and latency at 129ms, putting Cuba in 138th place in the global list.

Back in 2015, ETECSA began providing Wi-Fi hotspots, but just 35 of them were made available in parks, hotels and on some street corners countrywide. By 2016, hotspot availability had risen to 90, and last month it had hit the dizzy heights of 1,100 for a country with a population of about 12 million people.

So, who’s being economical with the actualité?

Prepping this article and scouting around the outer limits of the interwebulator as is my wont, I was intrigued to come across the Havana Times, which is an independent Cuban blog and online magazine founded way back 2008. Havana Times is edited in Nicaragua by exiled journalists and most of the contributing bloggers live in Havana, Santiago de Cuba and Guantánamo (no, not the military base).

There are also Cuban contributors in Venezuela, the Dominican Republic, Canada, Ecuador and Mexico. It is fascinating to read the reality of the experience of Cuban telecoms by the people who either work for the national telco or actually have to use ETECSA’s ‘services’. What's more, it's not at all surprising that the reality is in marked contrast to government propaganda and the output from the telco's PR machine.

So, as Havana Time reports, one José Ángel, who allegedly works for ETECSA in Havana’s Plaza de la Revolución ( the building with the multi-storey outline of Che Guevara on it,) says the telco is experiencing  “the worst crisis since its creation”. He claimed: “We are tying pieces of cables together to repair the breaks. The bosses still have privileges, but we are without the resources to serve customers… There are no landlines to replace the old ones; we lack the boxes to install inside homes; the supply of cables is also having many problems, and even our mobility is affected by the shortage of fuel.”

Meanwhile, an employee at an ETECSA customer service office in downtown Havana says things have changed a lot in recent years. “They used to sell us products at a preferential price, but that happens less and less. Here we are a little better because this place is very central and works like a display window, but in the other municipalities they cannot even turn on the air conditioning,” he added.

Nonetheless, ETECSA is coining it in. Twice a month the telco launches a “cell-phone recharge promotion with extra bonuses” that has to be paid for from overseas (mainly the US) in hard currency. A recharge is a way to send phone credit to a family or friend's prepaid mobile phone. The scam (because that is what it really is, despite its genuine value to an ordinary Cuban) generates millions of dollars a month for the telco but almost none of the cash goes towards improving Cuba’s telecom infrastructure.

As another (understandably anonymous) blogger (seemingly a senior accountant) claimed: “About 90% of what ETECSA collects leaves the company in a large item marked ‘undefined,’ (ie. the government). With what remains, it’s very difficult to maintain a quality service because we can’t make investments.”

The source added that the lack of available funds is affecting overseas companies. For example: “In 2022, for the first time in 15 years, we haven’t been able to fulfil our financial commitment to Nokia. Investors are pressing us like crazy, but there’s no money. The point has been reached where a large investment has to be made to improve connectivity, because the submarine cable with Venezuela is not enough now. Although negotiations are in the works with Mexico for the possible laying of another cable, such a project will need investments, and the company is not able to make them right now.”

Having spent three weeks in Cuba at the height (or, more properly, the depths) of the “Special Economic Period”, which began in 1991 when Russia withdrew the huge subsidies it had been paying to the Castro regime and sort of ended in the early 2000s, I can personally testify to the discrepancies between the party line and the real life of ordinary Cubans. The poverty was awful, as was what little food there was to eat. The entire infrastructure of the country was in ruins but the people were incredibly upbeat and resilient. Mind you, excellent rum was less than a buck a bottle.

That reminds me of my 168 kilometre train journey from Havana to Pinar del Rio that took 19 hours on a train with no glass in the windows, no sides to many of the the carriages, no lights, no water and no lavatories except the gaping holes hacked in the floors where the ‘facilities’ had once been. The highlight was a run across a collapsing wooden trestle bridge over a lake that took three run-ups to negotiate. In the middle of the knockabout fun, the lake water rose to ankle level in the carriages as we slowed to less than walking pace. And that was just the start. Later, we were attacked by bandits in the middle of the night and a contingent of police beat them back with rifle butts – all by the light of two oil lamps. Ah, those were the days…