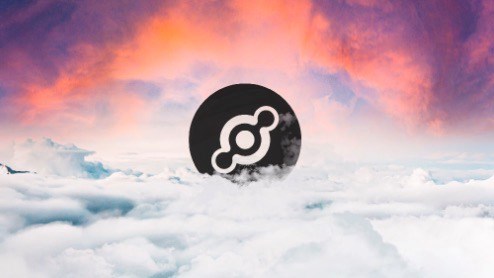 Helium Inc., headquartered in San Francisco, California, styles itself as “The People’s Network” and says it “represents a paradigm shift for decentralised wireless infrastructure” and maybe it does. The global electronic comms industry has a long history of new companies constantly popping-up hither and yon. Some of them come and stay, others come and go, disappearing after the overheated gas belching from the PR and market-analysis hype machines cools and start-ups lose the lift that propelled them to unfeasible heights and then plummet to obscurity. We have seen it time and time and time again, but every once in a while, one company makes it to the big time by having the right idea and the technology at the right time. Helium has the potential to be another of these rare beasts and certainly the investment community seems to think so.

In essence, Helium, which launched in July 2019, is a blockchain network utilising a decentralised worldwide grid of reliable and robust low-power hotspot devices, sited in domestic premises that work, simultaneously, as wireless access points and network miners. Initially, Helium’s USP (unique selling point) was to provide long-range connectivity to Internet of Things (IoT) devices and later the mission expanded to connect anything to the Internet via a decentralised wireless network (such as 5G). What makes it the “People’s Network” is that hotspots can be deployed by anyone – and that individuals can earn Helium’s native HNT crypto-coins in exchange for providing devices with connectivity.

This decentralised, blockchain-based approach permits wireless infrastructure to scale very rapidly – and at a fraction of the cost of ‘traditional’ models. What Helium has done is quickly to build-out network coverage using a cryptocurrency in a way that both validates the reality of claimed coverage and incentivises individuals to provide the coverage themselves. As Helium’s network grows, the proof of coverage in and across the network has shifted from the simple existence of mining tokens themselves to mining tokens based on the transference of data. That’s how users and investors know that the network is real and not some crypto-con.

The Helium community-run hotspots comprise the network ‘backbone’ and, on average, they cover more than 200 times the area that a Wi-Fi hotpot does. Those providing consistent and reliable wireless coverage are paid with HNT and hotspots are set-up via the purchase of a miner from the Helium website. The miners are placed either in a domestic home or outside it. Helium tests and oversees each one to ensure that are fully functional. The prices of a miner vary on whether they are the indoor or outdoor version but the average cost is abound $500.

The rewards individuals can make depend on the number of other miners in the vicinity, so there is always an incentive to bring more miners into it. Single, individual miners on the periphery of the network can issue “challenges” for others to join but cannot participate in the “Proof of Coverage” (PoC) system. They do earn rewards but more slowly than those in a close knit nearby network node which, again, is an incentive to keep it growing.

The PoC system verifies that hotspots are in, and are providing service to, the location where owners claim they are sited. It leverages the radio frequencies produced by the mining devices to validate them and others operating within a given hotspot.

Helium had the good sense to open source its network and blockchain codes, and makes its money by holding HNT crypto-coins and ensuring that the network is dependable and continues to grow. That way, network consumers will continue buying data credits in order to keep up the value of HNTs. It seems to be working. As this is being written, the HNT price is listed at upwards of US$28 and is regarded by analysts as a long-term profitable investment. Users can exchange HNTs for cash.

There’s no doubt investors like the story and are willing to plough-in some serious money and the latest funding round, led by Tiger Capital Management and Andreesen Horowitz, which closed on Tuesday, raised an additional US$200 million. The extra cash pushed Helium’s value up over the US$1.2 billion mark, conferring the company with a ‘unicorn’ status (a privately held start-up company worth more than a billion bucks) and occasioning a name change to Nova Labs Inc. CEO Amir Haleem said the new name indicates a separation between what is now Nova Labs and the Helium blockchain, and confirmed that the new capital injection will be used to fund new products for the Helium wireless network.

As of today, there are close to 700,000 Helium hotspots around the world and some three million more on a waiting list for delivery, which has been delayed yet by supply chain constraints as a result of both Covid-19 and Russia’s invasion of Ukraine. Amir Haleem says his long-term goal is to make the Helium Network “a major cellular provider”. If that happens, it will put a ravenous tom-cat amongst get some self-satisfied and rather too-relaxed pigeons.