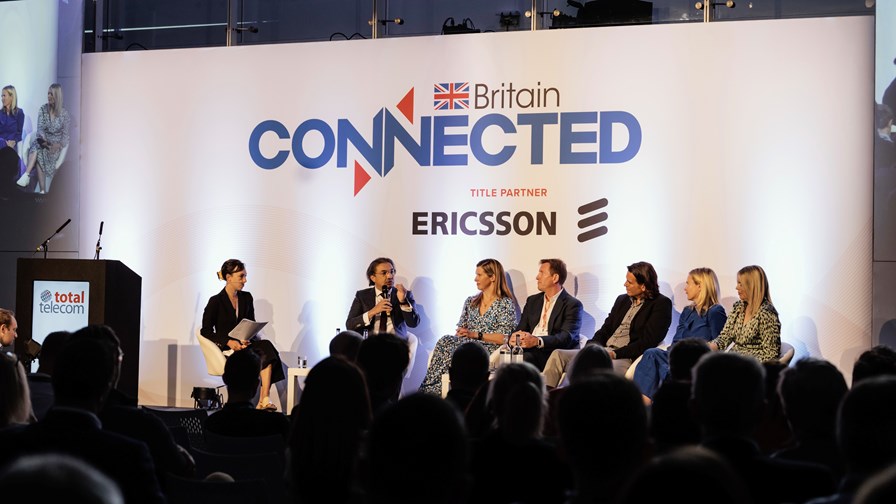 LONDON – Connected Britain 2022 – This year’s event cast the spotlight on key trends and challenges in the UK broadband industry, with many top-level executives agreeing that consolidation in a market that boasts scores of fibre broadband alternative network providers (altnets) is set to start very soon, while resiliency to macroeconomic hurdles will be achieved through innovation and efficiency.

In this article, we’re highlighting the three Cs that were fuelling the most heated conversations at the event – consolidation, consumer uptake, and convergence of services – from the viewpoints of the main broadband providers and their rivals, the altnets, all of which are vying to be the ultimate winners in an already saturated market – see UK broadband sector tops 29m connections, but now comes the crunch.

During a wide-ranging panel discussion, Vodafone UK’s CEO, Ahmed Essam, said the sector’s inevitable consolidation would bring scale benefits to the market. He pointed to the current state of the market which, in his words, is filled with many operators that are unable to deliver a return on investment – a situation he believes is not future-proof and not right for the sector.

“We operate in an industry of scale, and scale requires, in many cases, consolidation. I don’t think consolidation is the silver bullet when it comes to returns. I think the role of regulation and how it shapes the new world of full fibre and 5G is very important,” added Essam.

He said that as the UK network operator sector enters another round of investment in 5G and full fibre rollouts, “there is a strong case for consolidation”.

But, as the UK market knows from the cable era, sometimes consolidation can go too far and leave customers, once again, with little in the way of competitive choice.

CityFibre’s CEO, Greg Mesch, claimed the UK fixed access market is still largely a “duopoly” of BT (Openreach), covering the whole country, and Virgin Media O2, which reaches about half of the nation. In his view, altnets such as CityFibre, which has just reached the milestone of passing 2 million premises, have helped to challenge that status quo by building out fibre access networks “at pace”, but for the country to be properly serviced with fibre it’s going to need a total investment of between £20bn and £30bn.

And in his mind, that investment needs to come from multiple parties.

“Nothing I can think of will be better for the UK as a whole… than to keep a competitive infrastructure market. It has unlocked massive change in this industry. I think it is entirely up to the regulator and the government on how big the market is and how sustainable it is from a competitive standpoint,” argued Mesch.

Vodafone UK’s Essam responded that the market should decide the number of players.

As part of the panel, industry executives also discussed the desire of customers to upgrade to fibre broadband services.

TalkTalk’s CEO, Tristia Harrison, pointed out that while the construction of the UK’s fibre access architecture is already underway, the technology is essentially “useless” unless people start using it. She cited data from a TalkTalk report, which forecast that up to 33% of the UK population will still be hooked up to copper lines in 2030.

Harrison argued that customers will not automatically upgrade to fibre broadband as there is fear of change. The ways to tackle this, she insisted, is for the industry to ensure affordability, address technical barriers, and advocate for a new phase two of the government’s Project Gigabit.

But not everyone was in agreement. The CEO of Virgin Media O2, Lutz Schüler, was surprised by Harrison’s concerns about the uptake of fibre.

“We are seeing the opposite”, he said, noting that VMO2’s customers are upgrading to higher-speed broadband options.

Schüler maintained the market is working. “Customers are not buying technology, they’re buying the customer experience” that comes with faster internet connections. “Therefore, I would not ask for market intervention from regulators. I think the market is functioning,” he concluded.

The panellists did agree on the need for transparency when advertising the benefits of fibre.

CityFibre’s Mesch was particularly vocal about the use of the term “fibre” by cable broadband operators (which, essentially, is VMO2). He cited a study carried out by the company that discovered some 40% of customers think they are already on fibre when they have no fibre network. “That is controlled by the government, controlled by Ofcom,” he said. “They can change the market by saying – you must advertise truthfully.” This, he added, will ensure the pricing is kept under control, so “you’ll have a flourishing competitive market that benefits everybody for the future”.

Vodafone UK’s Essam and VMO2’s Schüler acknowledged the UK market is falling behind those of other countries when it comes to the penetration of converged (fixed and mobile) services.

Essam said convergence is developing across Europe “in different shapes” and, by way of example, pointed to converged packages being offered with a discount of 30% to 40% which, according to him, doesn’t create much value for the market. “In the UK… it’s not a discount-led strategy, it’s more of a benefit-led strategy”, said the Vodafone UK chief, citing the main advantage as just dealing with one connectivity service provider. He claims most of his customer acquisitions currently involve the uptake of convergence packages.

According to Schüler, most of Virgin Media O2 UK’s customers subscribe to a mix of services – including mobile and fixed broadband – and he explained that the company is heading to a pricing and product environment that is more tailored to individual customers. “This is where the data [of customers] kicks in”, noted the CEO.