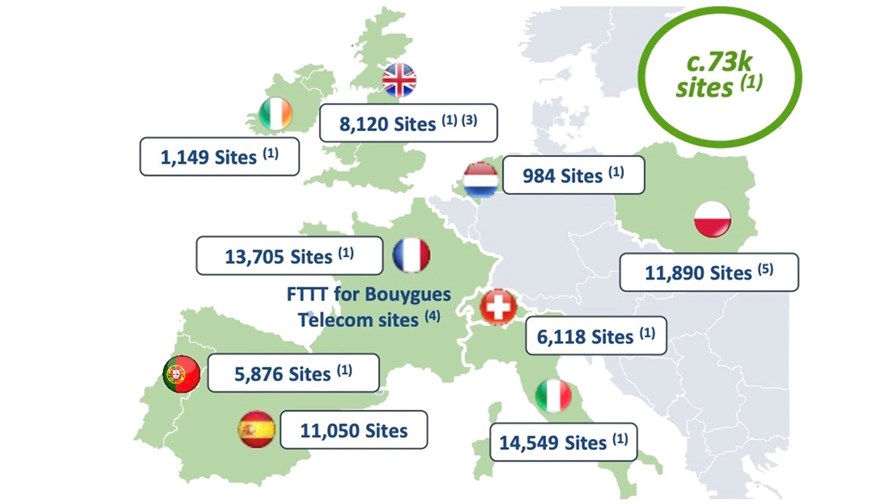 Cellnex, the neutral host tower sites operator that has been growing like wildfire as a result of a string of acquisitions around Europe, is closing in on a €10 billion ($11.7 billion) deal to acquire European tower assets from Hong Kong industrial giant CK Hutchison Holdings, which has 28,500 towers across Europe that have been built to support Hutchison’s mobile operations in the region (3 Group Europe).

According to a Bloomberg report, Hutchison noted in a stock exchange filing that a “substantial agreement” had bene reached but no final decision taken as yet.

Such a deal would be Cellnex’s biggest yet. It has made numerous acquisitions in the past few years in Portugal, UK, Ireland, Italy and France, struck numerous partnerships to build out new tower sites and fiber networks, and just last month announced plans to acquire the towers portfolio of Polish operator Play (part of the Iliad group) for €800 million.  (See Cellnex to add Play's towers to its portfolio in €800M deal.)

Those deals have helped to boost the number of active sites in its portfolio to more than 50,000 (plus more than 2,700 indoor and small cell nodes) and ramped its revenues for the first nine months of the year by 53% to €1.149 billion ($1.35 billion). But with its ongoing expansion (it is growing its sites via builds as well as acquisitions), Cellnex reported a net loss for the period of €84 million ($98.4 million) and it expects to report a net loss for at least the next few quarters.

That forecast isn’t deterring investors: Seeing that this is a long-term effort that is based on scale, they piled into Cellnex’s stock today and pushed its price up by more than 5.7% to €57.10, up by more than 55% this calendar year.

The company says that, including its commitments to new site builds, its total portfolio of existing and planned sites totals more than 73,000 across Europe, a number that will be boosted further if it strikes a deal with Hutchison.

For the full details of Cellnex’s performance in 2020, see this press release.