Casa CEO is at home to cloud native, Open RAN 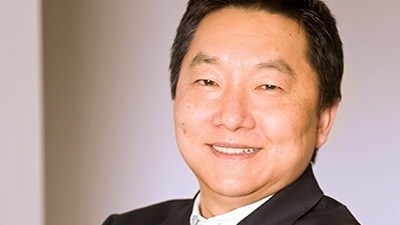 For years, Casa Systems was a well-respected developer of cable broadband network technology. So when you talk with the CEO for 30 minutes and cable broadband doesn’t even get 10 seconds of airtime, you know things have changed.

One look at the company’s latest financial report suggests why. The cable networks market is still important, of course, but whereas Casa’s cable product line used to dominate its sales – generating almost 100% of revenues a year ago – it now accounts for about 40%, while the actual sales volume generated by cable products has remained steady quarter-by-quarter. (See Casa Systems reports third quarter 2020 financial results.)

The other 60% comes from products for wireless and fixed telco networks, with much (but not all) of that business coming from product lines inherited when Casa acquired NetComm at the start of July 2019.

Now Andover, Massachusetts-based Casa is turning over more than $100 million in sales per quarter, and CEO Jerry Guo says that level of business is not only sustainable but in line to grow further.

In the third quarter, total revenues hit $105.7 million, up 29% year-on-year, with wireless products accounting for $29.2 million (up 40%) and fixed telco products (including G.fast boxes for distribution point deployments very close to households) generating $34.5 million (up 92%).

The company has a backlog of orders for its wireless products worth $115 million – it boasts a fixed wireless access technology deal with a Tier 1 mobile operator in the US – and it has raised its full year revenue guidance to $370-380 million.

Much of Casa’s current sales are hardware-based, which is holding down its gross margins currently (49.7% in the third quarter) and Guo is excited about the current business momentum, of course, but he gets really animated when talking about the prospects for emerging software-based product lines and Open RAN.

The company has long been developing a cloud native core network platform that has attracted attention from major operators such as BT, and also has a virtual broadband network gateway (BNG) product that has been developed for fixed/wireless convergence deployments.

“There are significant activities across the globe – in Europe, North America, Asia Pacific – to replace or supplement chassis-based edge routers for BNG functions,” with virtual alternatives running on commercial servers as the alternative. And Guo says Casa has seen “significant interest and activity” around the idea of converging wired and wireless subscriber management into a single system using virtualized functions, noting that 5G core standards specify an access gateway function (AGF) that acts as a common platform for integrated subscriber management.

The CEO is also pumped about the prospects in 5G for Open RAN, where Casa has been developing its own portfolio of indoor/in-building and outdoor small cells. “The difference between us and many other players is that we have developed not only the CU/DU portion but also our own radio head [hardware and software]… we have significant expertise in RF and modulation technology such as OFDM/OFDMA – that’s very different from the traditional route of just buying a chip from a chip vendor…”

Guo is also keen to point out that Casa has all the access and core portions needed for an open, cloud native 5G deployment inhouse and the ability to act as the integrator as well, which the CEO believes sets his company apart from many of the other challenger vendors (though he concedes that Mavenir also has all those capabilities too).

So with all that expertise and indoor wireless tech, will Casa be trying to sell direct to enterprise customers as well as telcos and cable operators? “Our current go to market strategy is to actually work with the carriers -- we have a carrier customers using our products to target private networks or enterprise networks,” says the CEO.

And will that change in the future? Everyone else seems to be going down the direct-sales-to-enterprise route these days. “We don’t know,” says Guo, laughing, which makes it sound like a “yes.”

And what about relationships with the hyperscale companies such as AWS, Azure and Google Cloud? Is Casa talking to them about hosting the vendor’s cloud native applications?

“The public cloud platform is going to play an important role… we can’t avoid interacting with all of them,” says the CEO.

So does Casa have any specific relationships with any of them? “I don't think we can disclose that yet,” he says.

So Guo isn’t keen to disclose much in the way of names when it comes to customers or partners for emerging applications and products, or any cloud partners for that matter, but it’s playing in a lot of hot areas, is pumping about 20% of revenues back into R&D, and has a growing business in a tough and very competitive market: Casa certainly looks like a company to keep a close eye on.