Can convergence give telcos a new lease of life? 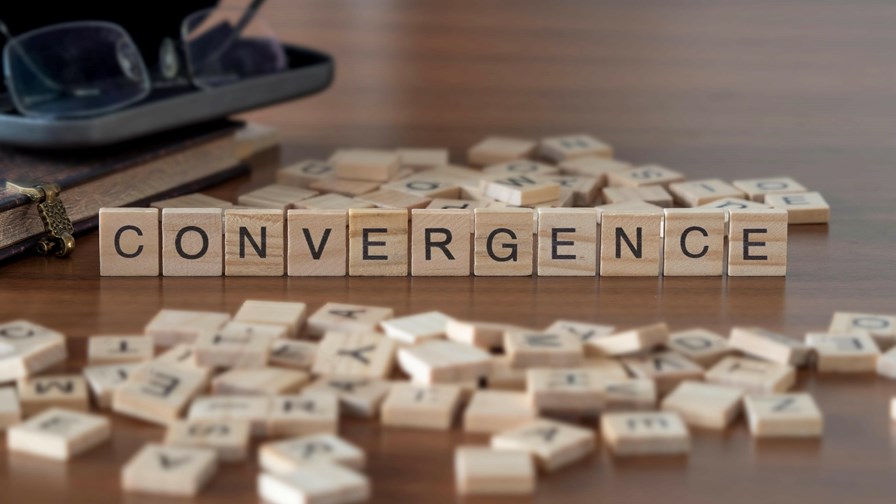 Convergence of fixed broadband and mobile services is gaining momentum as a strategic imperative for telcos worldwide, with industry experts suggesting such combined offerings can help operators evolve their portfolios into adjacent services and markets and become the suppliers of a broad range of critical services to consumers and businesses.

TelecomTV recently reported on Orange’s progress with its convergence strategy, as outlined by the company’s deputy CEO Mari-Noëlle Jégo-Laveissière. She said the strategy is a cornerstone for Orange in Europe as it’s been proven to reduce churn and increase the average revenue per user (ARPU) in the markets where it’s up and running. (See Faster fibre rollouts are key to convergence strategy success, says Orange’s deputy CEO.)

But the French group is not the only one betting on converged services for its growth.

Dutch operator KPN reported an uptake in its fixed-mobile portfolio in Q4 2021, with service revenue growth of 3.2% year-over-year. Total households using unified communications were near 1.5 million, representing 54% of all households with fixed broadband. Average revenue per address (APRA) increased 1.9% year-over-year to €83 per month, while fixed line-only service revenue dropped 2.9% during the period.

Vodafone is also targeting customers with fixed-mobile bundles. Describing itself as a “leading converged connectivity provider”, it reported that nearly a third of its European broadband customers has also signed up for a mobile service. The operator had 8.6 million consumer converged customers across the continent at the end of 2021, nearly 1 million more compared to the end of 2020.

A breakdown for some of its operations shows Italy is a strong market, with 1.2 million consumer converged customers, representing 49% of its broadband base. Vodafone Italy, of course, has been making the headlines in recent days for other reasons...

In the UK, Vodafone has 496,000 converged customers, which accounts for almost half of its almost 1 million broadband accounts. The operator also highlighted a successful campaign in Germany, which sped up convergence penetration to more than 2.2 million converged customers last year.

Interestingly, there seem to be exceptions in the segment. Telefónica reported a 3.4% year-over-year decline in converged customers in Q3 2021, falling to 4.68 million compared to 4.84 million in the same period of 2020.

Despite this, there is an overall notion for operators to encourage the uptake of converged service packages and while growth cannot be defined as significant or very rapid, the idea to combine multiple services in a single engagement might be the right step for the telcos in the long term.

He said some of the benefits operators seek from converged services include improved average spends and loyalty, and reduced churn.

He suggested that Europe is well suited for convergence plans because it’s more fragmented and with smaller countries, making it easier to cover territories with both fixed broadband and mobile infrastructure, to a certain degree.

While in the US mobile and fixed service offerings might have been more separate historically, in Europe “typically, the incumbent operators have been heavily involved in the fixed side to start with and when mobile came in, they also bought spectrum and rolled out that network.” Eventually, it made sense for them to combine those strategies and increase the overall spend, “particularly as more disruptive players came to the market on the mobile side and started putting pressure on pricing and so on,” Mann explained.

The analyst described convergence as a “long game.”

He noted: “I think it’s a strategy that probably makes sense and, in the future, maybe things like banking […] or smart home services or other services perhaps can be added to a bundle to try and increase the spend and take a greater position in the household,” the CCS Insight analyst noted.

He added that operators can tap into more offerings, including financial services and even energy: We’ve already seen Orange selling electricity in Poland, for example, while Telstra in Australia is also getting into the green utility services sector. (See Tit for tat Telstra: CEO rails against energy companies offering phone and Internet services, says it will sell electricity to phone subscribers.)

While Mann admitted it is still early for operators, he said these areas make a lot of sense because they’re utility-like and can be added to the bill and operators can build on the existing relationship with their customers.

“That makes more sense, perhaps, instead of trying to add something a little bit more innovative or outside of the traditional approach. And then something like a more radical vertical patch would be a harder sell, but something like banking or utilities maybe make sense in the long run for operators to pursue,” the analyst argued.

And just as we saw recent moves by Orange, for example, to acquire assets in Belgium and Romania to accelerate its convergence efforts, Mann expects other M&A deals in local markets to further such operator ambitions, though on a smaller scale than in the past.

“We went through a phase in the industry where there were a lot of big deals happening... so there’s only so much room left,” he explained.

When it comes to TV offerings, operators seem to be in a difficult position facing strong competition from the streaming video service providers such as Netflix, Amazon Prime and Disney Plus.

Now, many operators have partnered with these companies to offer video content, but in a different way to the more traditional, linear TV. “So maybe a better way of thinking about it in the long run is perhaps content rather than TV,” Mann said.

In the end, we now know the converged offering, be it a combination of fixed broadband, mobile and/or TV, already has a special place in the plans of many operators. But what will be interesting to watch is how traditional telecoms companies will be able to evolve to become digital, utility and/or other types of hybrid service providers. And, more importantly, do they have what it takes to outshine current or up-and-coming players that are specialised in these services?