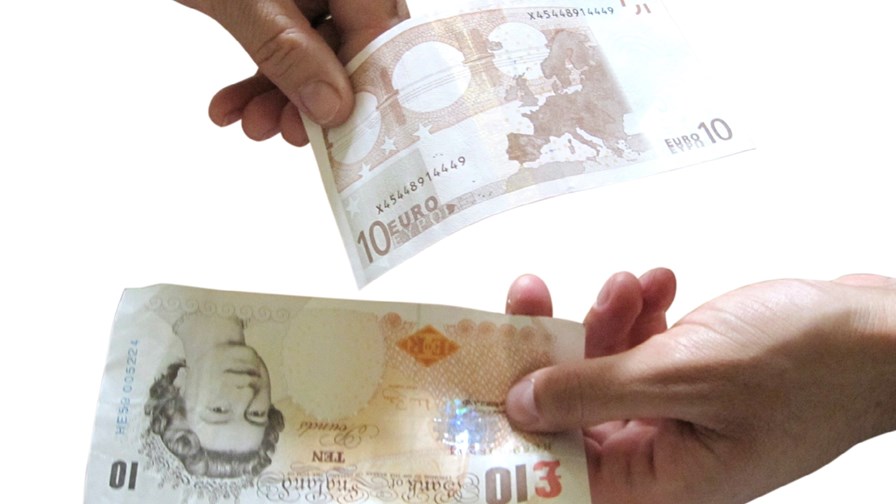 UK regulator Ofcom is in a flurry activity during the run-up to Christmas and the New Year with not just one, but two new announcements dropping into the TelecomTV editorial festive letter box. The last letter we got delivered that way was to inform us that Ladysmith had been relieved, and that Lordsmith was very glad to hear it. First, by a few minutes, came Ofcom’s “Statement: Annual licence fees for the 2100 MHz spectrum”, a missive informing Britain’s telcos of the massive sums they’ll have to pay for the privilege of using the frequencies going forward. At first glance the figures setting an annual licence fee of “£0.561m per MHz for paired 2100 MHz spectrum” doesn’t look particularly daunting but as the ‘m’ stands for ‘million’, the sums soon mount and the mobile carriers are most miffed, of which more below.

The second epistle of Ofcom to its apoplectic apostates (see above) is a discussion paper intended to kick-start industry discussion of the potential uses for, and of, Terahertz spectrum and the challenges that need to be addressed to unlock its full potential. Ahead of any debate, Ofcom, pre-empts the outcome by advising that it already has the answer: spectrum sharing.

Now, the 21000 MHz band first went on the auction block back in 2000 when 3G was, allegedly, imminent. Operators vied to outbid one another for what was available and the price ratcheted-up to what, at the time, was the incredible sum of £22.5 billion. At first the networks professed themselves satisfied with what they had paid but it didn’t take long for the mood-music to change when it became apparent that the technology wasn’t quite as easy to deploy as expected.

Neither was having the bandwidth the licence to print money the operators thought they’d bought. In fact, 3G service wasn’t available in the UK for several years thereafter and 3 (Three) was the first to (sort of) launch on 3/3/03. Even then, although handsets were available it didn’t mean services were and it took much longer than anticipated for the mobile network companies to even begin to get a return on their huge investments.

The initial licensing regime was of a fixed 20-year term but, in 2011, on government orders, Ofcom changed the rules and made the licenses of an indefinite period but subject to the payment of a yearly fee. The regime comes into effect from January 1, 2022, in other words in a couple of weeks. Reality is now biting EE, O2, Vodafone and Three UK where it hurts, right in the wallet.

Now that Ofcom’s first annual bill will come due on January 4, mobile operators are expressing incredulous anger at the costs which are: £22,440,000 for EE, £11,220,000 for O2, £16,549,500 for Three UK and £16,605,600 for Vodafone. Complaints are rolling in about the opaque way in which the licence fees have been calculated on an overblown value of the spectrum that is based on the historical auction prices achieved all those years ago.

In a statement, Ofcom writes that the licence fees “reflect the market value (opportunity cost)” of the spectrum and is consistent with our statutory duties, including our duty to secure the optimal use of the spectrum. It is also in line with our general policy on spectrum pricing as well as the Government Direction.”

Ofcom’s only sop to the network owners is that over the first six months of next year it will “consult” with them on unpaired spectrum and examine proposals to revoke unpaired licences. Given that, the regulator is “not setting a fee in this statement.” That’s because, as Ofcom notes, the absence of any economic viability for use of the unpaired spectrum means the mobile operators have no plans “to deploy [it] in the foreseeable future. “In other words, even the regulator is finding it difficult to demand a fee for something that isn’t being, and many never be, used. Of course, that’s not to say it didn’t first try to wring some get blood out of a stone. Earlier the regulator wanted £290,000 per MHz for the 2100MHz unpaired spectrum.

(Unpaired spectrum can be used by transmission technologies using time division duplexing which allows both the uplink and downlink to be carried by the same frequency band. However, operators using adjacent spectrum blocks must synchronise their networks so that both are sending uplink and downlink transmissions at the same time. If a misalignment, occurs the base station trying to receive uplink traffic will suffer severe interference from the base station transmitting downlink traffic. The same problem can occur between handsets).

Reluctantly facing reality, the Ofcom statement does at least accept there are real difficulties associated with the deployment high-powered mobile services in the unpaired 2100MHz spectrum that the licences exclude high power use because of compatibility problems in regard to adjacent paired 2100MHz spectrum.

Nonetheless, network operators remain indignant with BT calling Ofcom’s statement and its annual fee regime “disproportionate and unjustified.” And that’s just what the mobile service providers are saying in public. Behind closed doors the language is a lot saltier.

Meanwhile, Ofcom has also issued a discussion document “Unlocking the Potential of Tetahertz radio spectrum.The role of spectrum management”. The publication notes that the range of what was once called “tremendously high frequency”, lies roughly between 100 GHz and up to 3 THz (3,000 GHz). There is more than a thousand times more spectrum in the Terahertz range than is currently allocated for mobile networks in the UK so the potential is evident because Terahertz RF pushes the upper boundary of usable spectrum way beyond the range currently used by either mobile phones or Wi-Fi. In terms of practical use, as of today Terahertz is primarily a resource via which scientists take measurements of the earth from in-orbit satellites or monitor passive sensors to receive and measure natural emissions produced by the Earth’s surface and its atmosphere.

Now though the search is on to exploit the wider scope of Terahertz spectrum for other uses. The intent is to develop mass market equipment capable of applying the high frequencies to enable technologies and services such as terabit speed wireless links in datacentres and outdoors, highly accurate positioning to further facilitate robotics and autonomous vehicles and also to provide of high-resolution imaging and sensing to generate holograms. There is also rapidly growing interest in combining these and other capabilities in the 6G networks and devices of the day after tomorrow.

The regulator admits it cannot yet predict which Terahertz services will become technically and commercially viable and that it is why it is important to adopt a flexible and efficient approach to management of the spectrum. Hence the call to the adopt of  “spectrum sharing by default” that could help Ofcom’s objectives. It means “users would be granted access on the expectation that ‘their’ frequencies may also be used by others wherever this is possible. We want to foster an environment based on cooperation and collaboration between spectrum users to make this happen.”

Ofcom, warming to its theme continues to wax lyrical with, notes: “The rules and approaches to spectrum authorisation that applied at lower frequency ranges should not dictate the way we approach the authorisation and use of this spectrum - given its unique properties and the potential uses being envisaged. New technologies are opening-up greater options for sharing. These technologies include careful steering of narrow radio beams; interference cancellation techniques; and sophisticated online platforms and protocols for coordinating spectrum use across different services and users. We will engage with interested parties to start a national and international dialogue, with a view to maximising the long-term value of Terahertz spectrum while it is still relatively lightly used. We will use our role and voice in international regulatory groups - such as the ITU and CEPT - to encourage greater collaboration and cooperation between different types of emerging spectrum uses in these bands and explore opportunities to use the spectrum more efficiently.”

So now we know, it’s a pre-emptive move by the national regulator to avoid a “spectrum silo” approach on the part of members of the Terahertz ecosystem, that, if instituted might satisfy short-term requirements and demand but would create barriers and problems later when the spectrum is in common usage. It’s a rare, “once in a generation" (or more) opportunity to keep future options open whilst enabling the continued growth of existing services and one that should not be missed.

The discussion paper shows that one early use of Terahertz spectrum could be for communications fixed links. This could include capacity upgrades for some existing wireless data links and high capacity 5G small cells whilst avoiding the need for fibre optic cables. Two bands in particular: The W band, which extends below 100 GHz (92 to 114.25 GHz); and the D band (130 GHz to 174.8 GHz) are already under consideration for wireless backhaul/access applications at speeds in the 10 Gbps range over distances of a few hundred metres. The development of technical standards for these are already well-advanced.

Apart from data links, European standards groups are studying the potential extension of ultra-wide band (UWB) short range radar applications to bands between 116 and 260 GHz and potentially up to 1 THz for use not only in industrial applications but also in uses in automotive radar for both the inside and outside of vehicles.

Ofcom says it will share the feedback it receives following the publication of the discussion document and present the “evolved thinking” of its own Spectrum Roadmap that will be published in the Spring of next year. Speed is of the essence.