What’s up with… Vodafone Germany and RTL, Broadcom, Sumitomo 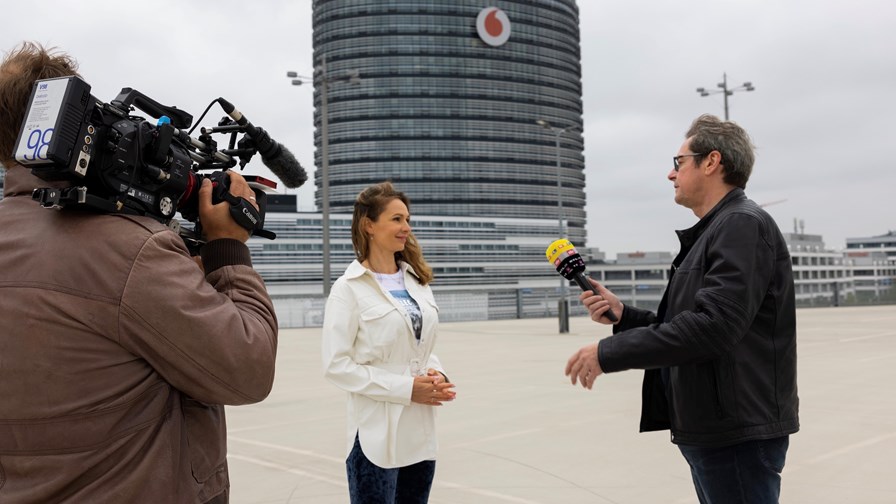 A TV broadcasting use case for 5G SA and chip sector developments dominate the pick of today’s news snippets as Broadcom comes under fore and Sumitomo spies a new 5G business opportunity.

Live, real-time TV reports have been broadcast from remote locations using Vodafone Germany’s 5G standalone infrastructure as the transmission network. The operators collaborated with German TV giant RTL, which equipped TV cameras with “5G-capable” technology (see above) that sent live TV signals back to the RTL’s production centre for immediate broadcasting. “5G standalone transmits data in real time - for example, live images for television. Reporters become even more flexible with 5G because cameras are no longer wired,” noted Vodafone Germany CEO Hannes Ametsreiter. “Live images can be transmitted spontaneously and at any location directly from the camera to the broadcasting centre via our real-time network,” he added. Read more.

Broadcom has been charged by the US Federal Trade Commission (FTC) with “illegally monopolizing markets for semiconductor components used to deliver television and broadband internet services through exclusive dealing and related conduct.” The FTC has also issued a ‘proposed consent order’ under which Broadcom must stop requiring its customers “to source components from Broadcom on an exclusive or near exclusive basis.” FTC Bureau of Competition Acting Director Holly Vedova stated: “America has a monopoly problem. Today’s action is a step toward addressing that problem by pushing back against strong-arm tactics by a monopolist in important markets for key broadband components.” The FTC claims Broadcom is a monopolist in the markets for three types of chip components – for set-top boxes, DSL broadband devices and fibre access broadband devices – as well as being “one of the few significant suppliers of five related types of chips,” a position that has enabled it to “extract from customers exclusivity and loyalty commitments for the supply of chips in the five related markets” that has “commitments prevented Broadcom’s competitors from competing on the merits for customers’ business.” Broadcom, which has seen its stock price soar by almost 47% in the past 12 months to $468.17 as demand for broadband-related products has grown, has not issued a statement following the FTC’s announcement and has little more than a month to respond with its own formal comments.  Read more in this FTC statement.

Japanese component manufacturer Sumitomo Electric Industries is to start producing RF transistors for 5G antennas at a facility based in New Jersey from September in an effort to win business with Ericsson and Nokia, according to a report from the Nikkei. Sumitomo, which has for a long time been a supplier to Huawei, is seeking to diversify its customer baseas Huawei falls out of favour with network operators. Sumitomo isn’t the only company seeking ramp up chip production in the US as the Biden administration seeks to stimulate the domestic component supply chain with up to $52 billion in chip production investments as part of broader industrial policy moves: Taiwanese manufacturer TSMC previously announced plans to invest in a new plant in Arizona.

Orange is expanding its 5G mmWave testing with French railways company SNCF following more than 18 months of service and use case testing at the train station in Rennes. The operator, using trial license spectrum awarded by regulator ARCEP, will deploy 5G services using 26 GHz spectrum at two SNCF technicentres in Rennes, “where we will explore new use cases for local technicians based on Industry 4.0 solutions,” notes Orange in this blog. IT adds that “from a technical perspective, the first 18 months of experiment have reinforced the idea that the use of the 26 GHz band for 5G would be a valuable add-on for deployment in densely populated areas.”

IBM has announced a number of top table changes, the most notable of which is the departure of Jim Whitehurst, who joined the tech giant when it acquired open source cloud software specialist Red Hat in a $34 billion deal that was announced in October 2018 and completed in July 2019. Whitehurst had been head honcho at Red Hat but was drafted onto the IBM top table as President following the acquisition, after which Paul Cormier was promoted from President of Products and Technologies to become CEO of Red Hat in April 2020. A direct replacement for Whitehurst was not named in the announcement made by IBM CEO Arvind Krishna.

Catching up on some of the industry announcements we missed last week… Ciena not only announced an interesting optical deployment in India with Bharti Airtel (600G and 800G supported in four key metro areas), but also revealed the results of a survey which concluded that 81% of professional workers in the US “don’t fully understand” the benefits of 5G. For more on the Bharti deal, see this announcement, and for further insights into just what US professionals think about 5G, see this press release.

FiBrasil, the wholesale broadband joint venture formed by Telefónica and investment group CDPQ, has started its operations with coverage of 1.6 million households in 34 cities and expects to expand that coverage by 500,000 premises by the end of this year. Its aim is to pass 5.5 million domestic and business premises within four years, providing the carrier-neutral fixed access infrastructure to multiple retail service providers, the first of which is Vivo (Telefônica Brasil), which has signed a 10-year deal. Read more.