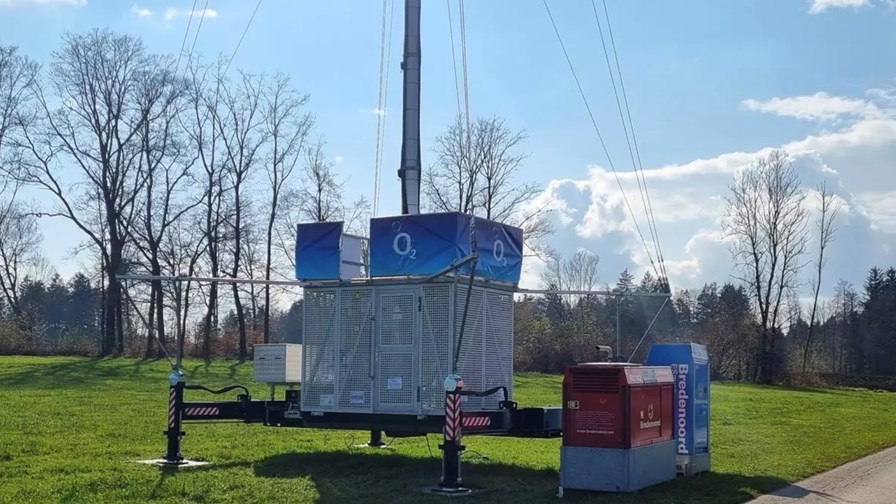 In Germany, Telefónica Germany (O2 Deutschland)’s 5G network now has more than 10,000 antennas in situ to provide coverage to a third of the country, and it has plans to offer 5G coverage to half of the German population by the end of this year and cover the entire county by the end of 2025. In the short term, the availability of 5G connectivity will be further expanded with the deployment of 60 new portable mobile radio stations that can be driven to wherever they are needed to add extra 2G and 4G as well as 5G capacity. “With our 5G mobile towers, we have significantly expanded our mobile radio trailer fleet and equipped it with state-of-the-art network technology," noted Mallik Rao, the operator’s Chief Technology & Information Officer. "As part of our nationwide 5G rollout, we have invested a double-digit million amount in the acquisition and technical upgrade of these stations in order to be able to improve the network experience of our O2 customers even more flexibly." O2 Telefónica notes that the mobile radio masts are ‘usually’ erected as a short-term site replacement and thus do not require building permits to be issued by regional authorities. Each mobile radio trailer comprises a container housing network technology and an antenna mast. If no electricity connection is available at a temporary site power is provided by a mobile generator. The cellular trailers can operate in various spectrum bands from 800 MHz to 3.6 GHz, offering O2 Deutschland customers “2G for mobile telephony, comprehensive 4G capacities (800 MHz, 1800 MHz, 2100 MHz and 2600 MHz) and powerful 5G reception (3.6 GHz) for mobile data.” The operator cited the upcoming Oktoberfest in Munich as an event that will benefit from such ‘mobile’ communications infrastructure. Read more.

The Twitter takeover saga has taken a fresh turn as, only days after Elon Musk provided an update on how he has been building the funds to back his $44 billion acquisition of the social media giant, an investor has gone to court in the US to sue Musk and Twitter, claiming that the Tesla chief’s lack of disclosure over his stake-building (among other things) amounted to "wrongful conduct" and that his "false statements and market manipulation have created 'chaos' at Twitter's headquarters in San Francisco," reports the BBC.

Major systems integrator Tech Mahindra has launched a 5G Lab in Bellevue, Washington state, to help customers “co-create and co-innovate 5G powered solutions.” The company says the US-based facility “will curate vertical solutions in the telco space to help customers achieve their future business ambitions through 5G and related technology. The lab will combine an ecosystem of partners (both telecom and cloud) and help build end-to-end solutions for enterprises.” The location is not random: Bellevue is home to the headquarters of T-Mobile US. Read more.

China – making friends and influencing people in the Pacific, one island nation at a time. China’s growing military presence in the Pacific could be greatly enhanced by effectively turning 10 strategically-sited island nations into unsinkable Chinese navy aircraft carriers. That is the deep semantic sub-text (see what I did there?) underpinning plans to secure a region-wide agreement whereby China would provide and manage comms networks, data transmission, cyber defences and (most sinister of all) “smart customs systems, mapping the marine environment, policing and law enforcement”. Of course, such apparently selfless largesse does have a price tag. A common and highly-effective practice when China offers ‘help’ to potential client states is so-called “debt-trap diplomacy”, a system that all but guarantees that small countries, having accepted Chinese ‘help’ find, a couple of years down the line, that the repayment schedule is so onerous that they default on it and Chinese companies then take total control of the assets they provided in the first place. Reuters reports that the Chinese Foreign Minister, Wang Yi, will be in Fiji next week to promote the PRC’s five-year action plan, the “China-Pacific Island Countries Common Development Vision”. It’s primarily China’s vision of course and fits very nicely into the politburo’s plans to establish military hegemony across much of the Pacific region. Yi will also visit seven other Pacific island nations over seven days. The prime target in his sights is the Solomon Islands whose administration recently abandoned its long-held position of recognising Taiwan as a sovereign nation in its own right and then immediately fell in line with the PRC’s “One China” principle which has it that Taiwan in irrevocably and forever a part of mainland China and will one day again be an integral part of the Middle Kingdom. The Solomon Islands is now in a ‘security pact’ with China and has thus provided the PRC with a mid-Pacific toehold from which it hopes greatly to expand its bootprint across the entire area. Other Pacific Island nations though are keeping the Chinese at a distance. David Panuelo, president of the Federated States of Micronesia, says the "predetermined joint communique” which urges the island nations of the Pacific to “take a balanced approach” to technology, development and national security, should be rejected out of hand because Chinese provision of and access to data systems, including “biodata collection and mass surveillance of those residing in, entering and leaving our islands" will eventually lead to loss of sovereignty and de facto vassalage to China.

A new paper, the Dark Fibre Network Market Size, Share & Trends Analysis Report, says the sector will be worth US$13.45 billion by 2030 and demonstrate a compound annual growth rate (CAGR) of 11.9 per cent per annum from this year through to the end of the decade. The analysis, from Research And Markets of Ireland (which is sited right next door to the Guinness Brewery in Dublin), says the huge global demand for broadband Internet connectivity continues unabated despite economic problems, inflation and  the knock-on effects of Russia’s unprovoked invasion of Ukraine. The report stresses that the telecoms sector will particularly benefit from the continuing growth of the dark fibre sector thanks to the now rapid uptake of 5G. Other sectors also credited with boosting demand are medical, military and aerospace applications and the increasing adoption of optic technology devices. In terms of geographies, the report says the Asia Pacific region will record the fastest growth.

The ‘industrial metaverse’ and 6G were topics of debate during a panel discussion earlier this week at the World Economic Forum in Davos, with Nokia CEO Pekka Lundmark (among others) sharing his timeline for the next era of communications during a discussion titled Strategic Outlook on the Digital Economy. Lundmark set 2030 as the target date for 6G services, noting that smartphones would not be the user device of choice as it has been for 5G and 4G. You can get details of the discussion here on the World Economic Forum website.

But there was little talk of the metaverse at the Microsoft Build developer conference earlier this week, notes tech industry analyst Richard Windsor, which suggests Microsoft has yet to figure out its strategy... but that is not necessarily a bad thing, even if it isn’t a good look, notes Windsor in this blog.