What’s up with… T-Mobile, Atos, Ericsson 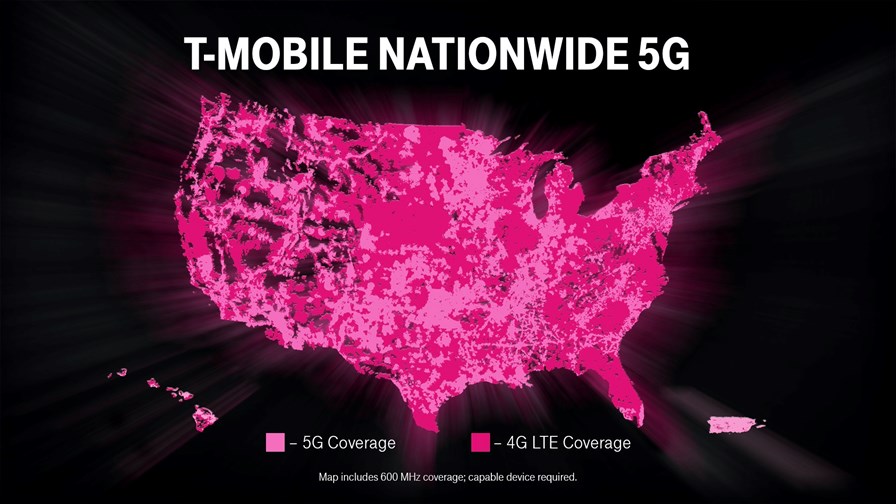 T-Mobile US starts the year with a big pat on its own back, while Atos appears to see 2021 as a good year to bulk up with a big acquisition.

T-Mobile US says it grew its subscriber base by a record 5.6 million in 2020 to take its total customer numbers to 102.1 million. It also boasts that its 5G services now reach 280 million Americans, with 106 million within reach of its Ultra Capacity 5G service (more than the 100 million it had targeted by the end of 2020). For more details, see this announcement.

IT services and consulting giant Atos has made a $10 billion bid to acquire US rival DXC Technology, reports Reuters. Are we in for a year of opportunist M&A?

Ericsson has appointed BT executive Katherine Ainley as its new CEO for the UK and Ireland, taking over from interim chief John Griffin, who took the role in October last year and now returns to be country head of Ireland. Ainly will take the hot seat in February. (Marielle Lindgren, the previous full-time incumbent, still lists herself as CEO of Ericsson UK and Ireland on LinkedIn.)

IoT technology specialist Telit Communications has abandoned its takeover talks with chip firm u-blox saying the proposed deal did not offer enough value to its shareholders. The decision wiped more than 10% off Telit’s market valuation as its share price dipped to 183.4 pence on the London Stock Exchange.

Relations between the governments in Taiwan and Beijing are at a very low ebb, so some apparatchiks in orbit around the Politburo of the PRC may be glowering into their midnight porridge as they read the forecast from TrendForce, a telecoms analyst company headquartered in the Taiwanese capital of Taipei, that Huawei will belly-flop out of the list of the world's top six smartphone vendors this year as shipments fall from the 170 million achieved in 2020 to 45 million this year.  That's an enormous drop but really should come as no surprise. Despite Huawei's brand taking a knock from accusations of foul play in an increasing number of counties, the main cause of the plunge is the sale of Huawei's "Honor" handsets to a peculiar consortium of other Chinese businesses and organisations. The Honor mobile phones sell in volume in the mid- to low-sectors of the smartphone market.  The hope of the new company is that, freed of the taint of association with the Huawei name, Honor-brand handsets will become sanction-free and thus will be sold in the US and other markets where Huawei is now a pariah and can no longer trade. Unsurprisingly then, Huawei will have an uphill struggle to claw back lost market share. In a statement redolent with the aroma of sour grapes, Huawei says it will "not be involved in any business management or decision-making activities of the new Honor company". That, surely, is the whole point? The TrendForce analysis says Xiaomi will take what was once Huawei's third place in the hierarchy ahead of Oppo and Vivo. Sixth position will go to Shenzhen-headquartered Transsion, a relative newcomer to the smartphone scene that shipped 60 million units in 2020.

Verizon's 3G network is alive and kicking despite a death sentence and two stays of execution. For the third time, US operator Verizon has delayed the switch-off of its 3G network. The close-down was originally slated for 2019, was then extended to December 2020 and will now continue to operate into the indefinite future as no new cut-off date has been announced. All Verizon will say is that it plans to retire 3G as soon as it can, which may be this year, next year, sometime or never. One thing you can say about 3G is that though it may be slow and limited by comparison with 4G and 5G, it works just about everywhere, is very robust and still commands a sizeable market. It remains particularly relevant to sectors such as IoT, property alarm systems and vehicle and goods tracking services and applications. What's more, like other service providers, Verizon's 4G availability remains patchy in remote, rural areas and in congested urban environments where demand is very high and outages all too common. Meanwhile, the deployment of 5G could best and most politely be described as "a work in progress." That said, mobile operators would like to free-up 3G spectrum for both 4G and 5G services wherever possible. The trick will be not to alienate loyal 3G subscribers who use network assets that have long ago been paid for and who will not appreciate being forced onto new technology and expensive new payment plans, when they are doing just fine as they are, thank you very much. Now it looks as though that happy breed of Verizon subscriber will stay loyal for at least another year and perhaps longer until someone at Verizon HQ bites the bullet and takes the resulting flak.

Annual spending on 5G NR and 4G/LTE small cell radio access network (RAN) systems for use in shared spectrum deployments is set to rocket during the next few years by almost threefold to support private network, fixed wireless access and neutral host connectivity as well as telco network densification rollouts, according to a new market forecast from the analyst team at SNS Telecom & IT. The total value of investments is expected to grow from about $1.3 billion this year to almost $4 billion in 2024 driven by the use of licensed shared spectrum in countries such as the United States (CBRS spectrum), Germany, the UK, France, the Netherlands, Japan, Hong Kong and Australia, as well as the use of unlicensed airwaves. Read more.