What’s up with… Support for Ukraine, Ciena, Türk Telekom 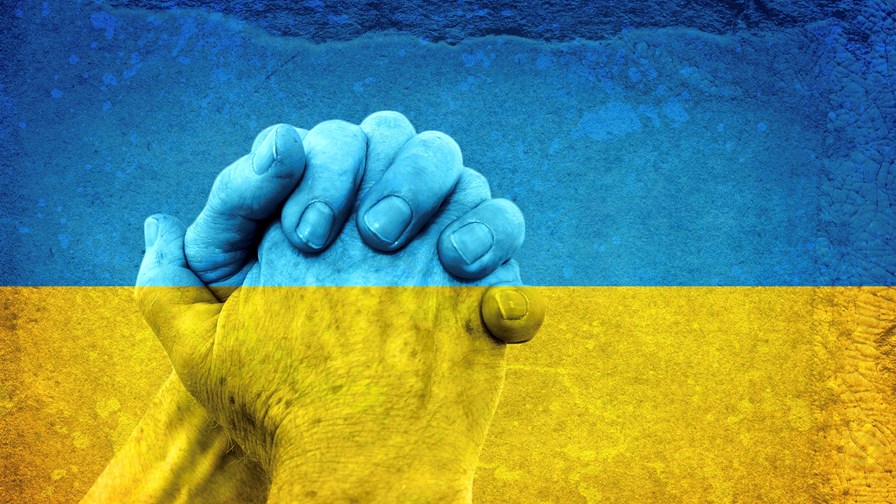 As you’d expect (and hope), a growing number of companies are doing what they can to support Ukraine and penalise Russia. We have a separate article about the BICS-led initiative to provide free communications from the Ukraine to EU member states, but here are some of the other statements and announcements from the telecoms sector before we get to other more general industry news…

Nokia has suspended deliveries to Russia and is donating cash and support to UNICEF. Nokia CEO Pekka Lundmark states: “I am shocked and devastated by the terrible scenes we’re witnessing in Ukraine as the Russian invasion continues. Many of us thought that war in Europe was unimaginable in 2022. Sadly, that view has proven to be mistaken. The invasion of Ukraine is a clear violation of international law. Nokia strongly and unequivocally condemns this war and the deaths of innocent people.” For the full details, see this announcement.

Ericsson has also stopped shipments. The company says it “is urgently reviewing how our business might be affected by the events and the sanctions imposed. The company has decided to suspend all deliveries to customers, as well deferring new customer projects in Russia while we conduct our analysis. It is too early to say how Ericsson may be impacted by economic sanctions targeting Russia, and we refrain from further comments on this.”

As the other major global supplier of mobile network infrastructure, we have asked Huawei for its position on doing business in Russia and currently await a response.

While many companies are putting their business in Russia on hold, Accenture has decided it’s out – lock, stock and barrel. “Accenture stands with the people of Ukraine and the governments, companies and individuals around the world calling for the immediate end to the unlawful and horrific attack on the people of Ukraine and their freedom. Therefore, Accenture is discontinuing our business in Russia.  We thank our nearly 2,300 colleagues in Russia for their dedication and service to Accenture over the years.  We will be providing support to our Russian colleagues. While Accenture does not have a business in Ukraine, we will continue our efforts to help our Ukrainian colleagues working around the globe at Accenture and their extended families; we are providing telehealth for those in Ukraine, and helping resettle family members who leave Ukraine.” Read more.

VMware is suspending all business operations in Russia and Belarus as a result of the ongoing attack on Ukraine by Russia. “We stand with Ukraine, and we commend the bravery of the Ukrainian people. The human toll is devastating and like other global businesses, we are committed to supporting our Ukrainian team members, customers and partners. We are also seeking to support non-Ukraine-based employees with family members located in Ukraine with information to access available resources. We continue to support our employees in Russia, as they are adversely impacted by the consequences of their government’s actions. The suspension of operations includes suspension of all sales, support, and professional services in both countries in line with VMware’s commitment to comply with sanctions and restrictions.” For the full announcement from VMware, read this.

Intel says it “condemns the invasion of Ukraine by Russia and we have suspended all shipments to customers in both Russia and Belarus. Our thoughts are with everyone who has been impacted by this war, including the people of Ukraine and the surrounding countries and all those around the world with family, friends and loved ones in the region.”

Another chip company, AMD stopped shipments to Russia and Belarus, and Microsoft has suspended “all new sales of Microsoft products and services in Russia.”

And the board of satellite operator OneWeb has voted to suspend all launches from Baikonur, the Russian cosmodrome located in Kazakhstan.

Russia's invasion of Ukraine has spurred US legislators into accelerating bi-partizan action on cybersecurity. The ‘Strengthening American Cybersecurity Act, 2022’, which was wending its leisurely way through the Capitol Hill bureaucracy amidst party-political infighting, has been given a kick in the pants. Passed by the US Senate last week, the new law will require critical infrastructure companies (including power and gas plants, hospitals, sea and airports etc.) to report attacks and ransomware payments quickly - something many of them have been loath to do in the past. Mind you, “quickly” reporting an attack under the terms of the new legislation means 72 hours, which many critics regard as being far too long. That said, any ransomware payment must be reported to the Department of Homeland Security “within 24 hours.” Meanwhile, the ‘Foreign Merger Subsidy Disclosure Act’ is also progressing at speed. The legislation will require full transparency in regard to any “foreign investment” in future corporate mergers and acquisitions. Its aim is to prevent overseas governments in general, and China and Russia in particular, from gaining covert control of US assets via ostensibly independent companies that are, in reality, subject to influence, subjugation and control by state powers. When passed into law, the new Act will require merging companies quickly and completely to report to both the Federal Trade Commission (FTC) and the Antitrust Division of the US Department of Justice (DoJ) any and all offers or financial support or subsidies that could have originated from foreign state funds whether their origin is disguised or not. US government economic reports calculate that the Chinese state allocates three percent of its massive GDP to companies that can use the funds to subsidise mergers and acquisition to overseas enterprises. The DoJ says the new Act will help prevent "the inappropriate use of the American enterprise system to try to distort it for other purposes, to undermine the American company or to engage in the theft by acquisition of American companies.” Penalties for non-compliance with the legislation or attempting to subvert it have not yet been made public but they are expected to be swingeing.

Ciena continues to grow its sales. Revenues for its fiscal first quarter, which ended 29 January, were $844.4 million, up by 11.5% compared with the same period a year ago, though its margins were slimmer — the optical and software vendor’s operating margin slipped to 7.1% from 10.0%. And although the company is growing, still profitable and in a strong position, its stock still took a hit, dipping more than 6% in early trading on the NYSE to $61.66. The vendor continues to diversify its customer base, and now generates about 41% of sales from non-telco customers, about 20% of which comes from webscale/data centre companies, about 10% from cable operators and another 10%-or-so from enterprise/government customers. Its Blue Planet orchestration and automation software unit continues to grow, with revenues up by 25% year-on-year to $21.1 million for the quarter. Blue Planet is still only a very small part of Ciena, accounting for just 2.5% of total turnover, but it is strategically important. For more on the vendor’s quarterly numbers, read this press release.

Türk Telekom continues to be one of the leading practitioners in the field of open, disaggregated network architectures with news that it’s been collaborating with the Telecom Infra Project (TIP) community on trials of ‘Open Carrier Network’ technologies, specifically in this instance a ‘Decoupled Base Station Level Router’ solution for traffic transmission in all generations of mobile networks, reports Hanlire. This refers to the Disaggregated Cell Site Gateway (DCSG) development that has been underway for a few years already and which has been supported by major operators such as Vodafone and Telefónica. The telco has long embraced the notion of the supplier-independent open carrier network where hardware and software layers are separated, and has been active in disaggregation initiatives in both the fixed and mobile network sectors. TIP, naturally, is both pleased and encouraged by Türk Telekom’s flexible approach. Bhartendu Chaurasia, head of Meta Connectivity Technologies and Ecosystems, and head of TIP Technologies EMEA (Europe and the Middle East), commented, "At TIP, we have studied and developed the decentralised base station-level router ecosystem, and we are excited to see the increasing adoption of open and unbundled solutions for transportation. We look forward to continuing our cooperation with Türk Telekom in open network innovation projects." Türk Telekom is also making headway with its Open RAN efforts, having recently announced it is engaged with Mavenir, TIP and ComPro for an Open virtualized RAN (Open vRAN) pilot and is in tests with Parallel Wireless and Juniper Networks.

Ericsson’s CEO Börje Ekholm and the company’s CFO Carl Mellander have been named in a lawsuit brought against the Swedish company in the Eastern District of New York (Brooklyn) that accuses Ericsson’s senior managers of misleading investors about corruption and bribery in Iraq, reports Bloomberg.