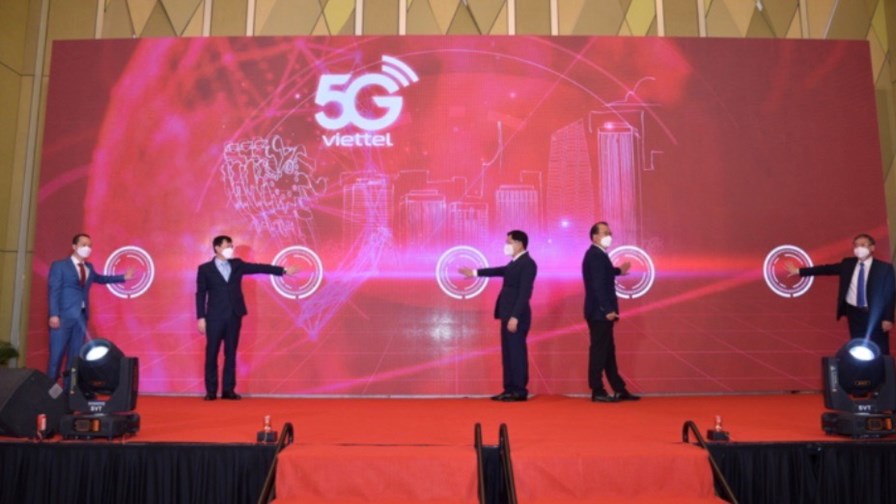 Samsung has expanded its 5G reach by landing a commercial trial of its 5G radio access network technology with Viettel in Vietnam. The operator will use Samsung’s advanced 5G solutions to power its commercial network and to enable users in Da Nang to “experience the full benefits of 5G services. The companies will verify the high-performance and advanced capabilities made possible by Samsung’s 4G and 5G network solutions,” notes the vendor in this announcement.

Hot on the heels of last week’s announcement that Accenture, Generali and Vodafone Business have teamed up to offer cyber insurance services for enterprise customers, Belgian national operator Proximus says it has teamed up with AXA Partners to offer Cyber Care, “an insurance policy offering technical, legal, financial and psychological support in the event of any cybercrime-related wrongdoing onto the Belgian market.” Read more.

The major operators that are looking to Europe’s vendor and developer community for more Open RAN development in the region should be cheering Comarch and IS-Wireless today, as the Polish companies have joined forces to “integrate their solutions to provide fully functional mobile networks built in the Open RAN model... The solution will consist of OSS, BSS, and SMO developed and delivered by Comarch S.A., and RAN, Core, and MANO components in 4G and 5G technology provided by IS-Wireless.” Read more.

SenseTime shows some sense... Hong Kong- and Shanghai-headquartered SenseTime, the biggest AI outfit in China, has “postponed” its US$767 million IPO on the Hong Kong stock exchange. Originally trumpeted as a US$2 billion float, the offering was at first scaled back and then, this morning, abandoned altogether in light of the company having been added to the US Treasury’s investment blacklist over the course of the weekend. It is now illegal for any US investor, institutional or retail, to own SenseTime stock. Some 1.5 billion shares were available. SenseTime says that provision is now rescinded and that its prospectus will be “updated” preparatory to a relaunch at some indeterminate time in the future. It’ll have to be quick. Unless it the prospectus returns amended before January 9, 2022, an entirely new refiling will be required – a costly and lengthy performance. It’s difficult to see how that could be achieved to such a short timescale without offering the stock at a fire-sale price. The money already subscribed to the original IPO will be returned in full, but without interest, to all applicants. The blacklisting describes SenseTime an integral part of “the Chinese military-industrial complex” because of its surveillance and facial-recognition software that has been tweaked specifically to distinguish between ethnic types. The software has been widely used to identify and oppress Uygur people in contravention of the principles of human rights. In a statement, SenseTime says is strongly opposes “the designation and accusations that have been made in connection” to the company and calls the accusations “unfounded". It claims it is being penalised for being “caught in the middle of geopolitical tension.”

Meanwhile, Australia, Japan and the US are acting in concert to counter growing Chinese influence in the South Pacific, this time by agreeing jointly to fund the building of a subsea comms cable to greatly increase bandwidth and Internet capability in the Federated States of Micronesia (capital: Palikir), Kiribati (capital: Tarawa) and Nauru (capital: Naren). Back in 2018, before relations with China declined to their current low ebb, Australia used AUS$200 million of its foreign aid budget to ensure Huawei did not get the job of deploying a submarine cable to the Solomon Islands and Papua New Guinea. Then, earlier this year, the federal government paid the incumbent Australian carrier Telstra AUS$1.33 billion of the AUS$1.66 billion it needed to take over Digicel Pacific which served markets in Fiji, Nauru, Papua New Guinea, Samoa, Tonga and Vanuatu. It is not yet known how much the new cable will cost, but money will be forthcoming to pay whatever is necessary to keep Huawei out of vital South Pacific comms infrastructure.

Much ado about very little. There has been something of a modest win though for Huawei - in Bangladesh. The country is to use the Chinese manufacturer’s 5G equipment on the infrastructure of the state-run mobile telecoms network, Teletalk. Details are scant with a bland, and frankly pointless, government statement saying no more than “mobile users in selected places in parts of the country will now have access to high-speed 5G Internet through their mobile phones at a relatively lower price.” Utter rubbish. Delving around it transpire’s that no ordinary citizens will benefit at all from the new technology. 5G will be available only in the Prime Minister's Office, Parliament, the Secretariat, the Bangabandhu Museum, Sheik Mujibur Rahman's birthplace and the National Martyrs' Memorial in Savar. Connecting these few limited elite establishment sites in mid-December is the actual manifestation of a much-vaunted election commitment to provide 5G services by the end of 2021, and much use may it be. It is “hoped” that other 5G services will be introduced sometime in 2022 after the spectrum auction slated for next March. So much for the spin, the reality is that Bangladesh still lags behind both targets and its neighbours in the deployment of 4G and even 3G technology. Much is made of the claim that 95 per cent of the circa 170 million population are covered by 4G mobile networks but little reference is made to the fact that a mere 28 per cent of mobile subscribers are actually attached to 4G services. Meanwhile 25 per cent of the people use 3G and 47 per cent still rely on creaking 2G services. Abu Saeed Khan, a senior policy fellow at the digital think-tank LIRNEasia based in Colombo, Sri Lanka, and a long-time friend to TelecomTV’s editorial team and a man who knows his telecoms industry onions, says the introduction of the 5G service is a “politicised farce” that has no basis in market demand. He commented, "Taxpayers' money is being wasted. In the backdrop of poor 4G service, talking about 5G is nothing but a stunt. We don't need 5G as per market demand. We need full 4G service." Certainly can’t argue with that one.

This week looks set to be a tense one for the BT family now that Patrick Drahi’s Altice, which already owns a 12.1% stake in the UK operator, can increase its stake if it so wishes. All eyes will be on announcements from Deutsche Telekom, which is open to offers for its 12% stake in BT (and other assets): If Drahi strikes a deal with DT and looks to up the ante even further, attention will then turn to the currently beleaguered UK government, which will be expected (especially in the post-Brexit era) to ‘protect’ significant and critical UK assets from unwanted M&A overtures. Recent market analysis suggests Drahi might be currently seeking a seat on the board but not want to instigate a full takeover of BT, a process that would be lengthy and costly and which may face significant political barriers, especially once the National Security and Investment Act comes into effect in the early January: That legislation effectively allows the government to block takeovers of UK companies that are deemed important to national security. (Add to all of this that Drahi especially is a billionaire French-Moroccan businessman, and relations between the UK and France are currently in their worst state for generations, so if the UK government was seen to be allowing a French businessman to waltz in and snap up the incumbent telecoms operator, some nationalists might lose the blob.) But Drahi knows all of this and he’s unlikely to waste his time and effort starting a fight he is more likely to lose than win. So, keep an eye on the BT share price during the next few days: It ended last Friday at 178.45 pence on the London Stock Exchange, its highest price since late July and up by about 30% since late October, but with no activity involving Drahi and BT, it slipped on Monday by 2% to 174.85 pence. If it slides furtehr this week and there is no announcement from Altice and/or Deutsche Telekom, then we may not be set for a BT Christmas cracker after all...