What’s up with… Nokia, Qualcomm, BT 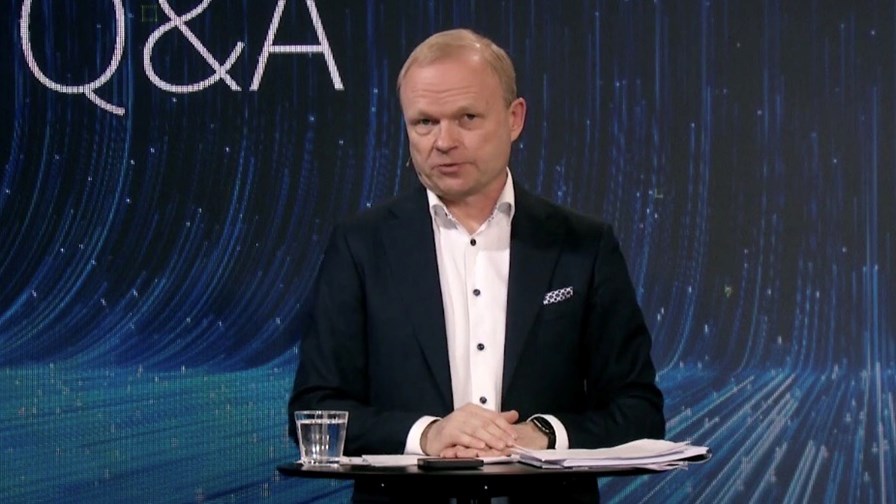 Nokia reported an increase in full year revenues and margins for 2021 as the CEO, Pekka Lundmark, proclaimed the vendor has now completed its “reset” and is focused on growth, starting with another year of sales growth in 2022. The Finnish giant reported full year revenues of €22.2 billion, up 3% in constant currency terms, and an operating profit (on a comparable basis) for the year of €2.78 billion, up 33% compared with 2020. While Nokia’s Mobile Networks business saw sales drop by 5%, mostly due to the loss of its Verizon contract in the US to Samsung, its Network Infrastructure (optical, fixed broadband, IP networking, submarine systems) reported a revenue increase of 15% for the year. “Nokia enters 2022 in a strong position with improved margins, faster than expected strategy execution and a high order backlog, although the global supply chain situation remains tight,” noted Lundmark. “We see opportunities in the 5G roll out and growing enterprise market. Accordingly, we expect 2022 to bring another year of sales growth and we are targeting a comparable operating margin of 11-13.5% in 2022.” For further details, see this earnings release.

Nokia also announced it is pumping $400 million into its latest venture capital fund to invest in “companies developing emerging 5G use cases for industrial and business transformation aligns closely with Nokia’s technology leadership vision and its efforts to maximize the value shift towards cloud.” Read more.

Qualcomm reported its best ever quarterly financial results for the three months that ended 26 December 2021, with revenues up by 30% year-on-year to $10.7 billion and net profit before one-time items up by 47% to $3.69 billion. “Our record quarterly results reflect the strong demand for our products and technologies, with QCT revenues exceeding those of any fabless semiconductor company,” said Cristiano Amon, President and CEO of Qualcomm Incorporated. (QCT is the chip production part of the company, while QTL handles licensing.) “We are at the beginning of one of the largest opportunities in our history, with our addressable market expanding by more than seven times to approximately $700 billion in the next decade. Our one technology roadmap positions us as the partner of choice for both mobile and the connected intelligent edge.” Read more.

BT CEO Philip Jansen talked of a “good quarter” in presenting the fiscal Q3 and nine months trading update today, with “another record-breaking quarter on our full fibre build and a pleasing 37% increase in FTTP connections following the launch of Openreach’s wholesale pricing offer [Equinox]. Our 5G build is also on track and now covers over 40% of the UK population with independently verified network leadership,” noted the CEO, who also, of course, referenced the plans for a sports joint venture with US media giant Discovery. The operator says it delivered a record FTTP build-out of 662,000 connections at an average rate of over 50,000 per week during the quarter, taking the total number of premises passed with fibre to 6.5 million, including 2 million rural premises. But while Openreach, which is building out that fibre access network, continues to do well, enterprise revenues are not so great and the operator is expecting full fiscal year sale sto come in 2% lower than last year’s revenues, an announcement that didn’t sit well with investors, as BT’s share price dropped 4% to 187.8 pence on the London Stock Exchange. For more on BT’s numbers, see this announcement.

TikTok… TikTok. The countdown clock of cut-throat competition calls time on Facebook’s growth as users drift away. Those that live by the sword etc… For the first time since Facebook’s foundation back in the prehistoric days of 2004, its growth is stagnating. Shares in the company, now renamed Meta Platforms Inc., but best known to the world as its original incarnation, plummeted by an astonishing 24 per cent (that’s some US$200 billion) late Wednesday afternoon in US after-hours trading as news percolated through that it faces strong “headwinds” of meaningful and determined competition and reduced (and reducing) “engagement” on the part of users, many of whom are defecting to TikTok. Meta actually posted revenues of $33.67 billion for the latest reporting quarter but sales and profits forecasts are down. Wall Street is spooked and investors are worried that the golden goose, that has laid consistent dividends every year but one since it went public in 2012, is becoming egg-bound and may require surgery on its oviduct. Facebook is also facing other problems, not least of which is increased regulatory scrutiny and potential legislation in the US, Europe and other parts of the world. Meanwhile it has spent $10 billion (to date) on its “metaverse” concept. It is also suffering falling advertising revenues. Apple Inc has reduced its targeted advertising and analysts say that alone could cost Facebook $10 billion of revenue this year even as other clients cut costs and lower their ad spend as inflation increases and international political tensions increase. Then there are all the complaints about fake news and invasions of privacy. And so it goes. In response to the bad news, Mark Zuckerberg commented. “Although the direction is clear our path ahead is not yet clearly defined. Last year was about putting a stake in the ground.” This year might be more about a stake through the heart.

TIM (Telecom Italia)’s new CEO and General Manager, Pietro Labriola, has, as expected, started to make some changes to the operator’s top-level management team. On a group level, Claudio Ongaro has become Head of the Chief Strategy & Business Development Office, and Simone De Rose was appointed Head of the Procurement Function, both effective from 2 February 2022. The two managers previously held the same positions but on an interim basis. They will report directly to Labriola. You can find out more from the operator’s statement here. The operator has also brought in a new CEO for TIM Brasil to succeed Labriola. The division’s new chief is Alberto Mario Griselli, whose experience in the telecoms sector spans more than 20 years. His role as Chief Revenue Officer at TIM Brasil, which he took on in July 2019, will also be retained.

Speaking of new CEOs… Long-serving Swisscom chief Urs Schaeppi has decided to step down from his role on 1 June 2022 after working for the company for 23 years, nine of which at its helm. As a successor the company’s board elected Christoph Aeschlimann, who is currently the Head of Infrastructure, Network and IT and a member of the Group Executive Board. Swisscom’s Chairman of the Board, Michael Rechsteiner, explained the company is now “solidly positioned” and ready for the future. “Urs Schaeppi is directly linked to Swisscom’s success story. Over the past 23 years, he has played a key role in shaping our company on its journey from a telephone provider to an integrated ICT group, and I would like to express our considerable gratitude to him for this”, Rechsteiner added. He highlighted push towards digitisation, increase in customers of its TV service, blue, and rise in Fastweb broadband customers among the main achievements done during Schaeppi’s tenure as CEO since 2013. Swisscom’s outgoing CEO said now was the right time for a change. “It has always been a privilege and a great pleasure for me to have experienced this rapid development at such close quarters and to have played my part in it”, Schaeppi said. He will continue in an advisory capacity from 1 June until the year-end, when he is set to embark on new entrepreneurial activities. “As Urs Schaeppi's successor, I am aware that I have some very big boots to fill and high expectations to live up to. I am delighted to accept this challenge and know I can rely on an outstanding management team. Working alongside my 20,000 motivated Swisscom colleagues, I am ready to give the best for our customers,” Aeschlimann commented on its upcoming role at the Swiss operator’s helm. Read more in Swisscom’s statement here.

The new Data Breach Investigations Report from US telco Verizon reveals that almost every cyberattack is predicted primarily on gaining access to, and taking control of, a user’s identity via which, thereafter, to access and then loot or ransom critical systems and data. Taking as reference the May 2021 ransomware cyberattack on the Colonial Pipeline, the US oil distribution system that carries petrol and jet fuel around the south-eastern states of America, the Verizon report shows that just a single set of compromised credentials (something as simple as a customer account) can be the chink in the armour through which cybercriminals can gain access to an organisation’s systems. Then carefully, and without raising warning flags within the organisation, the interlopers take control of privileges before launching an attack. In defence, most organisations today use identity access management (IAM) and privileged access management (PAM) to authenticate user identities. But, as Verizon makes clear, as attacks become ever more sophisticated, organisations must now move to protect the very mechanisms that govern identification itself. This is Active Directory (AD), the system nexus responsible for the most important identity management processes. A compromised AD makes it much easier for a cyberattackers to locate and access powerful accounts such as a domain controller. When that happens, an intruder has almost unlimited access to critical data and systems whilst being able, simultaneously, to cover their tracks and lurk undetected deep within the system later to perpetrate another attack or series of attacks. The report says the key to stopping attacks in their tracks is detecting credential theft by realising when identities access the network by illegitimate means and by detecting and compromising the attackers toolkit to stop an attack in its tracks, thus minimising damage and keeping vital systems and data safe.

Spending on fixed broadband network technology will total $95 billion in the period 2021-2026, with the peak year of spending by network operators set to come in 2024, when investment in PON (passive optical networking) equipment, cable broadband technology and fixed wireless broadband CPE (customer premises equipment) will total $18 billion, according to a new market forecast from the Dell’Oro Group. You can almost hear the muffled cries of joy from the corridors of ADTRAN, Calix, Nokia et al as the broadband gear sales execs try to work out their potential bonuses... “Between national broadband plans, public subsidization, and private equity, spending on broadband infrastructure will see sustained growth through 2024, and will remain strong through 2026,” noted Jeff Heynen, a Vice President at the market research firm. “Competition for broadband subscribers is heating up everywhere, fueling the need for operators to invest heavily in their access networks,” he added. Read more.

Digital work platform specialist Citrix is being acquired by Vista Equity Partners and Evergreen Coast Capital and delisted in a deal valued at $16.5 billion. Once Citrix is a privately-held company it will be merged with enterprise data management form TIBCO, which is already a Vista portfolio company. “The union will create one of the world’s largest software providers, serving 400,000 customers, including 98 percent of the Fortune 500, with 100 million users in 100 countries,” stated Citrix. “Further, it will accelerate Citrix’s defined growth strategy and SaaS transition. The combined company will be positioned to provide complete, secure and optimized infrastructure for enterprise application and desktop delivery and data management to advance hybrid cloud IT strategies and meet the needs of the modern enterprise.” For more about the transaction, see this announcement.