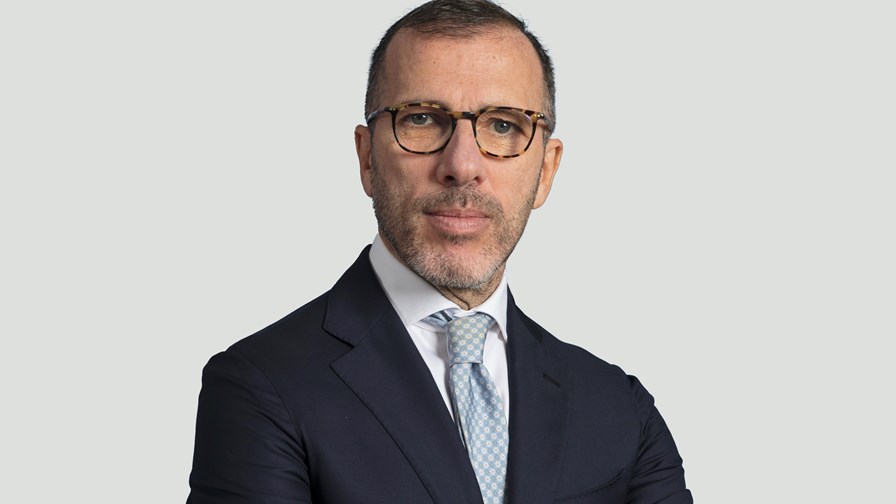 A new major European telco appointment, some Vodafone-related M&A chat from Italy and the UK, and a very short shortlist to become the next CEO at Orange are the lead topics in today’s industry news roundup.

TIM (Telecom Italia) has, as expected, appointed Pietro Labriola as its new CEO. The decision was taken at a board meeting held late last Friday, when Labriola received the unanimous support of the directors. He will retain the role of General Manager of TIM, which he has held since the previous CEO, Luigi Gubitosi, quit in late November, but Labriola will resign as TIM Brasil’s CEO. “With his expertise and drive for delivering results, Pietro is the right choice to lead TIM’s next phase of development, while enhancing the key role our Group plays in Italy’s economic, digital and social growth,” noted TIM Chairman Salvatore Rossi. Labriola has his work cut out: TIM is currently the subject of a €10.8 billion takeover bid by private equity firm KKR and has reported a string of disappointing financial results. Italian and financial media reports based on information from unidentified inside sources suggest Labriola, who has been the favourite to take over the TIM CEO role ever since Gubitosi stepped down, has been devising a new strategy for the operator that would enable it to reject KKR’s advances and keep investors happy: At the heart of that strategy is a plan for FiberCop, TIM’s fixed access network division which has long been tipped to merge with wholesale access rival Open Fiber: The question now is whether Labriola can present a plan that will keep everyone, including national and European regulators as well as major TIM investors such as Vivendi, happy.

That’s not the only news of significance from Bel Paise, as speculation has emerged (courtesy of Reuters) that Vodafone and Iliad are exploring the potential merger of their Italian businesses, a move that would create a stronger rival to TIM (with a 36% share of the mobile market) but also likely signal a truce in the price wars initiated by Iliad that have decimated service provider margins in recent years. Vodafone Group CEO Nick Read is in favour of market consolidation in Europe’s more crowded markets, such as Spain, Italy and the UK.

And that’s not the only M&A gossip involving Vodafone: Media reports suggest it has also been sniffing around Three, the UK’s fourth mobile network operator, to determine if the pheromones it is giving off are strong and sexy enough to warrant a full-frontal takeover bid, though talks are not currently being held, it seems. Persistent (and undenied) rumours say Vodafone has had its beady eye on Three for a while and got a bit hot and bothered in the run-up to Christmas: It was probably all that egg nog and the aphrodisiac effects of grated nutmeg. Such rumour and speculation is scarcely new – it’s been doing the rounds for years but analysts reckon 2022 will be the year in which a serious consolidation will happen in the UK mobile comms market. And maybe it will. In recent years, the British regulator, Ofcom, has stepped in to prevent takeovers that would have reduced the number of big players from four to three, vide Three’s own attempt to buy O2 back in the dim, dead, distant days when the UK was a member of the EU. But that was then, this is now, and pressure is growing from within the wireless carriers themselves (and from without) for a change to the status quo. The argument is that if one major UK mobile operator is removed a perceived logjam will be broken and pent-up demand will surge from the stagnant pool caused by over-applied regulation. The result, for the remaining operators, would be a new market opportunity, increased share prices and better returns. As for the subscribers, well, competition isn’t all it’s cracked up to be and inflation is roaring. Now’s the time to catch the tide. If BT can come up with and justify a 9 per cent plus price increase, and it is trying to, the door to greater revenues for all with no extra effort is wide open. If the two were to combine, the resulting company would have about 30 million customers.

Also on the gossip grapevine... Verizon’s Chief Revenue Officer, Frank Boulben, is out of the running to become the next CEO at Orange, according to Bloomberg, which says the Verizon executive has confirmed his decision to withdraw from the process. Boulben was one of three shortlisted candidates identified earlier this month: The other two are current Orange Executive Director Finance, Performance and Development (CFO) Ramon Fernandez, who has been with the operator since 2014, and Christel Heydemann, currently Executive Vice President for Europe at energy management giant Schneider Electric, and a current member of the Orange board (as well as being a former Alcatel-Lucent executive). The smart money is apparently on Heydemann, as she has the backing of the French finance minister Bruno Le Maire: An appointment is anticipated before the end of this month, when current Chairman and CEO Stéphane Richard clears his desk. (See Prime candidates emerge for Orange, TIM CEO roles.)

Juniper Research has just published a new report, ‘Smart Cities: Key Technologies, Environmental Impact & Market Forecasts 2022-2026’ in which is listed the world’s Top 5 Smart Cities for 2022. They are: Shanghai, Seoul, Barcelona, Beijing and New York. The rankings are based on smart aspects and attributes including transportation and infrastructure, energy and lighting, city management and technology, and urban connectivity. Last year (2021), according to ‘The Smart City Index’ from the Institute for Management Development, Lausanne, Switzerland, and the Singapore University of Technology and Design, the Top Five Smart Cities were: Singapore, Zurich, Oslo, Taipei and, wait for it…. Lausanne (Switzerland)! Strange that - and remarkably reminiscent of the scoring that makes the Eurovision Song Content such a farce. In 2020, Forbes listed the world Top 5 Smart Cities as Reykjavik, Tokyo, Paris, New York and London. Talk about a moveable feast. The new Juniper report calculates that smart city programmes will generate US$70 billion a year by 2026, double the $35 billion recorded in 2021. Ready to place a wager on next year’s Top Five? My punt, based on close readings of past results and the entrails of a Hong Kong hamster, are: Ulaanbaatar, Thimphu, Paramaribo, Singapore and Lausanne, but not necessarily in that order.

A new update on the situation in Tonga, where the subsea volcanic explosion and consequent tsunami from 14 January led to devastating casualties and damages in the Pacific island, including disconnecting around 100,000 inhabitants from the rest of the world. After the restoration of a limited 2G phone service and the repair of services for local operator Digicel Tonga by satellite company SES, Intelsat announced it also has participated in regaining access to communications in the region. The company said it has partnered with Australian operator Telstra and New Zealand operator Spark for the deployment of emergency communications services. It said it now provided “fully provisioned” broadband and voice services for Digicel Tonga and Tonga Communications Corporation, to facilitate humanitarian aid to the region.“Communications infrastructure is essential to assisting the residents, coordinating medical staff and providing supplies, clean food and water and basic human needs,” Intelsat CEO Stephen Spengler commented. You can find out more here. Last week, Australian satellite company Speedcast claimed to have been the first connectivity provider to restore services in Tonga. It touted its “rapid response” along with expertise in disaster recovery and remote engineering works as the key factors enabling it to restore services swiftly.