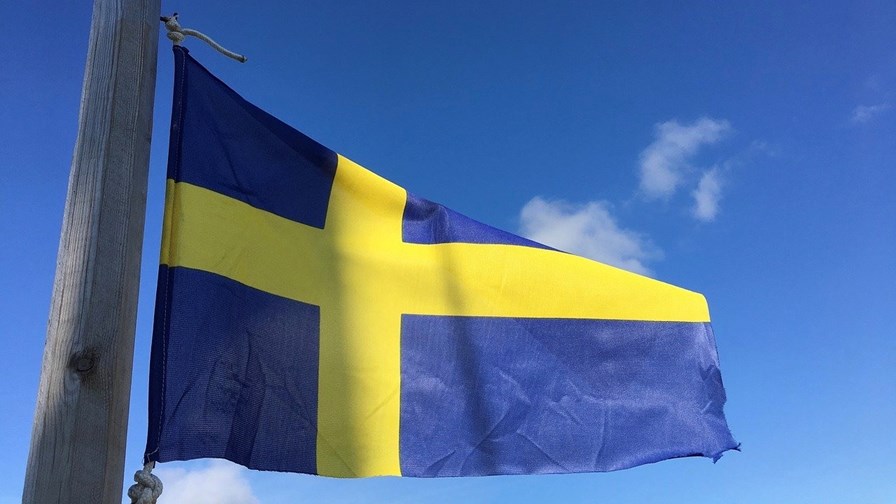 International wranglings, a predictable failure, a smartphone vacuum-filler and a V-fest head up this news roundup.

Ericsson CEO Börje Ekholm might be a little less confident about his company’s future prospects in China today after the giant nation’s foreign ministry expressed its “strong dissatisfaction” with Sweden’s decision to ban Huawei and ZTE from 5G rollouts in the Nordic nation, and suggested the Swedish authorities should rethink the decision to avoid a “negative impact” on the country's companies, reports Reuters. Ericsson this week reported a strong fiscal third quarter, with 5G business in China a key reason for the vendor’s current positive performance. (See 5G rollouts in China fuel Ericsson’s Q3 gains.)

On a related note… The US has reportedly offered Brazil funding for its operators to buy telecoms networking technology from companies other than Huawei, reports Reuters.

Quibi: Qui Bono? Nemo… Remember the mobile streaming service Quibi? No? Never mind. It came and went before it made much of an impression on anybody. Launched with mighty fanfares of blaring trumpets in April this year, it closed last night to the fading "parp" of a knackered tuba. Quibi was the brainchild of Jeffrey Katzenberg (Walt Disney, DreamWorks Animation) and Meg Whitman (eBay, HP). They raised $1.75 billion from (among others) US film and TV studios and even the Chinese e-commerce behemoth Alibaba on the idea that the public would pay good money and flock to watch "premium short form" videos (i.e. mini-episodes lasting no more than 10 minutes each) on their smartphones as they commuted hither and yon. They didn't. Subscribers just weren't very interested in the first place and, when Covid-19 took hold, were disillusioned to find that Quibi content wouldn't play on a TV and couldn't be shared on social media. What's more, Quibi didn't own any of its content, despite paying megabucks to tempt Hollywood A-Listers to star in their 10-minute tales. The "Quick Bites, Big Stories" tag line turned out to be more of a drag line. At launch, Quibi content was free for a couple of months and the company said it had "about a million users". When the time came to pay, that obviously inflated total fell instantly to a few thousand. At its best, Quibi had just 72,000 paying customers and they were melting away week by week. To make matters worse, Quibi was the defendant in a lawsuit filed by Eko, an interactive video technology company, claiming infringement on its patent that permits the instant change between horizontal and vertical video viewing on a smartphone. It had been obvious for some time that Quibi was not a viable company as it stood, and for a couple of months efforts had been made to sell it as some sort of a going concern, but nobody wanted it. It will now try to sell what few assets it has left, and more than 200 people will lose their jobs. However, the executive team can take a crumb of comfort for the fact that whilst Quibi lasted a bare six months, it did live longer than a Labord's chameleon which is exclusive to the wilds of Madagascar and has a life expectancy of just five months. Mind you, it can change colour: Quibi found it couldn't change its spots.

Vivo gambles on the gimbal… As more European doors slam shut against Huawei, catching it a bruising blow on the backside as it makes its unplanned and undignified exit from a growing number of markets on the continent, another Chinese technology company is easing its way in via another aperture. Vivo is headquartered in Dongguan, Guangdong, in the PRC. It designs and develops smartphones, smartphone accessories and software. Now the company has announced that, henceforth, it will be selling its wares in France, Germany, Italy, Poland, Spain and the UK. Until very recently all six countries were prime territories for the sale of Huawei smartphones. Exploiting the fact that the Huawei brand is becoming tainted, Vivo expects to sell a significant number of moderately inexpensive mid-range smartphones. However, it is pinning its hopes on its flagship device, the X51 5G. Vivo is making much of its unique selling point, a "micro gimbal camera" that, it claims, will ensure that videos and photos will remain stable even if filmed from the deck of a trawler off Finisterre in February or the haunches of a haggis running wild and free in the Scottish highlands during the rutting season. What it will do for voice calls is not articulated, unlike the camera. Vivo is perhaps best known in the West for its often bizarre "Apex" series of concept phones few, if any, of which have ever made it into commercial production, but always get considerable publicity for their strangeness. Vivo has quite a big presence in the Indian market but currently is in bad odour in the state of Uttar Pradesh where it has been found that thousands of Vivo handsets have been sold running with the same IMEI number. Police are investigating and other Indian states are "making enquiries".

This in from Sweden... "Varnish Software has partnered with Intel and VMWare to integrate its technology into a new virtualized content delivery network (vCDN) solution, VMWare Telco Cloud. The new, scalable and Capex friendly solution is a vCDN optimized for live media streaming and gaming, and offers more than 190Gbps network capacity on edge nodes." Not only is this interesting, but we love how many instances of the letter 'v' are in there... as well as the fact that Varnish Networks is an absolute blast of a name! For the full details of what those companies are doing together, check out this press release.