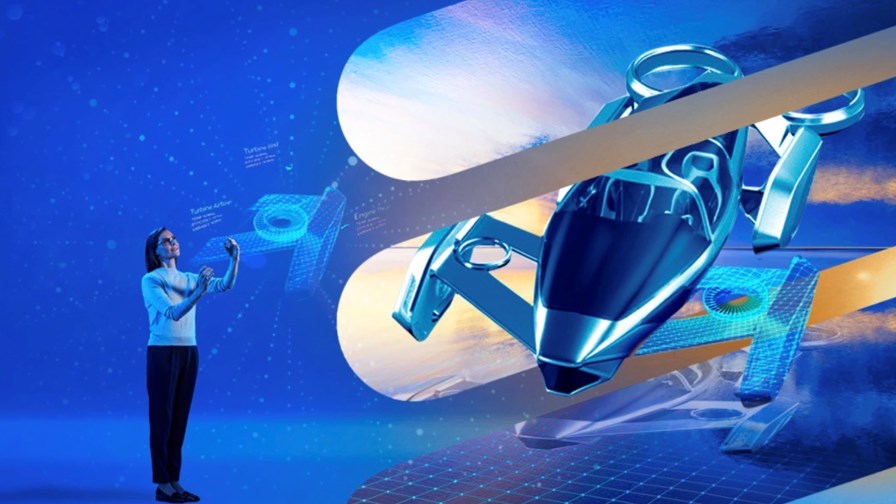 Ericsson’s ‘vision’ and the end of a longer stay than planned in Canada for one CFO kick off today’s news roundup.

Ericsson has decided it needs a “new purpose and vision” to fit in with a new era of mass connectivity for people and things and the impact this will have on the world. While some cynics might say the impact of “3.5 billion 5G subscriptions and 60 percent global 5G population coverage by 2026” isn’t likely to be purely positive, Ericsson is excited it will “unleash an entirely new wave of innovation to address some of the planet’s most pressing issues... make the unimaginable possible” and help to create a “world where limitless connectivity improves lives, redefines business and pioneers a sustainable future.” Make your own mind up by reading the vendor’s position here, but it all sounds much like a major technology company trying to make itself seem like a benevolent organization, one that is going to help right the world’s wrongs. It might not create the same kind of utopian image, but would it not be more plausible if it just outlined how it is doing the best it can to limit carbon emissions and power consumption while still trying to build a bigger and more profitable company? I’m sure that’s what many would hope it is doing, or that might just be me, of course...

And speaking of sustainability... Ericsson is also talking today about how its “5G Smart Factory in Lewisville, Texas, has been awarded for a second time by the World Economic Forum (WEF) for global leadership in next-generation Fourth Industrial Revolution (4IR) manufacturing.” Find out more in this press release.

Huawei CFO Meng Wanzhou, the daughter of the vendor’s founder, who has been under house arrest in Canada since late 2018 after being accused of breaking US sanctions by doing deals with Iran, has flown back to China after striking a deal with US prosecutors, who had been trying to extradite her for the past two-and-a-half years. At the same time, China freed two Canadian citizens who had been arrested on spying changes shortly after Meng was arrested, reports the BBC. According to the US Department of Justice, Meng has “taken responsibility for her principal role in perpetrating a scheme to defraud a global financial institution.” It’s quite likely that the reporting in the Chinese media might take a different tone. And I wonder if she had to take a PCR test before boarding the plane home?

Italian towers company INWIT has wowed us today with the following announcement: “INWIT has built Italy’s first wooden structured mobile telecommunications tower. Work has finished on the installation of the first structure made of glued laminated timber, an alternative to steel.” Amazing! We await photos. And please, nobody tell the conspiracy theorists that like to set 5G infrastructure ablaze to help avoid over-the-air Covid-19 contamination...

Apple TV, the streaming service Apple launched in 2019, has apparently managed to garner less than 20 million viewers.  By contrast Netflix says it currently has around 209 million subscribers. To now, Apple has kept its subscriber numbers close to its chest but according to the Verge, it couldn’t help revealing them to the International Alliance of Theatrical Stage Employees (IATSE) during pay negotiations - the relatively low number meant that, by previous agreement, Apple was allowed to pay lower rates to the IATSE’s members it employs. That doesn’t cut much ice with the union though, who say things have changed because of the pandemic and they are ready to strike to get higher pay.

Telefónica Spain is to migrate “most” of its Oracle databases to the IT giant’s Oracle Exadata Cloud @ Customer, “building a cloud platform dedicated to supporting the provisioning and delivery of new services as well as Telefónica's mission-critical commercial and operating systems, including its BSS and OSS platforms and applications, business intelligence systems, CRM, billing and revenue management.” For more, see this announcement (in Spanish).

The European Commission has referred Poland to the European Court of Justice (ECJ) following a kerfuffle over the Polish government’s sacking of Marcin Cichy, the head of the telecoms regulator, way back in May 2020, according to ‘The first news’. Cichy had disagreed with the Polish government over the scrapping of the scheduled sale of 3.5GHz licences and was given his marching orders. That dragged in the European Commission which claims the proper procedure wasn’t followed since Cichy wasn’t due to leave his post until 2022. The  Commission maintains that maintaining the independence of national regulatory authorities is a key EU principle.

Google is to reduce its cut of the revenue generated when customers buy software from other vendors on its cloud marketplace, according to CNBC. Google is expected to make a dramatic reduction in its take, from 20% down to 3% to attract more cloud based businesses to its platform and reduce its overall reliance on advertising revenues. It has already slashed its long-standing monetary share of software sales on its Play Store, from 30% down to 15%.
It’s all part of a distinct trend. Earlier this year a judge ruled that Apple could no longer prevent developers providing links to take customers away from Apple’s own ‘in-app ‘ purchasing set-up, while Microsoft also lowered its take on software sales in the Windows app store - from 30% down to 12%.