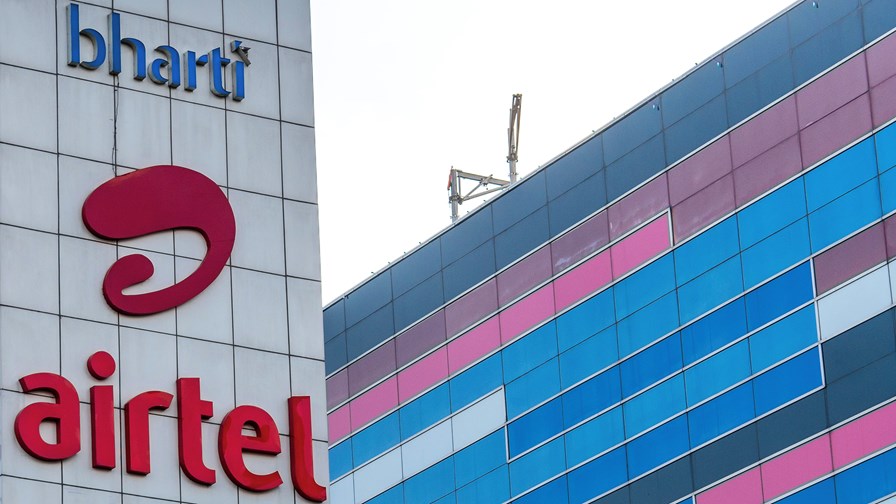 In the final industry news roundup of 2022: Bharti Airtel turns to Ribbon Communications for 5G backhaul support; the FCC lines up a monster robocall fine; AT&T waxes lyrical about its AST SpaceMobile relationship; and much more!

Bharti Airtel has selected Ribbon Communications’ 5G cell-site router (CSR) to support its new packet transport backhaul network requirements. Ribbon’s CSR is based on the Neptune 1022R IP router platform that came on board with the ECI Telecom acquisition in 2020 and the Muse domain orchestration platform that came from the company’s Sonus Networks heritage. “We’ve been working very closely with Airtel in order to design a solution to meet their exact, wide-ranging specifications on cost efficiency, delivery, and technical capability,” noted Sam Bucci, executive VP and general manager of Ribbon’s IP optical networks business unit. “5G will prove to be a critical enabler for India’s continued growth and we’re proud to partner with Airtel, a proven leader in this space, on this key initiative.”

The US Federal Communications Commission (FCC) is planning to impose a “record-breaking” fine of nearly $300m against an auto warranty scam, which is the largest robocall operation it has ever investigated. The scheme, according to the authority, is run by Roy Cox, Jr. and Michael Aaron Jones who have made billions of “apparently illegal robocalls” via their Sumco Panama company, as well as other domestic and foreign entities. Over a period of three months in 2021, the operation made more than 5 billion robocalls to more than half a billion phone numbers, “using pre-recorded voice calls to press consumers to speak to a ‘warranty specialist’ about extending or reinstating their car’s warranty”, the FCC explained. This is the latest move by the FCC against the robocall scheme. “We will be relentless in pursuing the groups behind these schemes by limiting their access to US communications networks and holding them to account for their conduct,” said FCC enforcement bureau chief Loyaan A. Egal. Find out more.

T-Mobile US and Verizon aren’t the only major US mobile operators to have teamed up with satellite companies for more extensive coverage. AT&T is partnering with LEO satellite company AST SpaceMobile, a publicly traded satellite designer and manufacturer headquartered in Midland, Texas. The company is building a satellite constellation that will provide a low-earth-orbit-based cellular broadband comms network that, it is claimed, will allow existing, unmodified smartphones to link to satellites, providing connection services to geographical areas with very limited or no coverage. The company’s first BlueWalker 3 satellite was successfully launched on 10 September this year on a Falcon 9 Block 5 rocket from the Kennedy Space Centre. After attaining orbit, the huge, indeed immense, 693-square-foot phased array of BlueWalker 3 antennas unfolded itself to attain full deployment mode on 10 November 2022. AST SpaceMobile says BlueWalker 3 will be able to provide direct-to-cell connectivity over 300,000 square miles. Last month, AST SpaceMobile said it will launch a further five BlueBird satellites by autumn 2023. This week, in a slick video presentation, Chris Sambar, president of networks at AT&T, announced that the telco has obtained “conditional approval” from the US regulator, the Federal Communications Commission (FCC), to use part of its licensed wireless spectrum to connect mobile handsets to the AST SpaceMobile satellites and will, in due course, offer "integrated, complementary and real connectivity from satellite-based solutions for voice, data and video services.” Sambar adds that the service “will integrate with all of our customers' devices using LTE and 5G broadband on our existing mobile network.” The well-made video is rather light on the detail of the who, what, where and when of the proposed new services. The use cases are presented in broad brush strokes and include business applications, such as “remote agriculture” and “remote machinery”, as well as using the system as an adjunct to AT&T’s “FirstNet” first-responder emergency network. The AT&T and AST SpaceMobile direct-to-cell satellite service will be live tested in Q1 of 2023. However, routine commercial services will not be available until sometime in 2024 and even then will be neither universal nor continuous. In a statement, Scott Wisniewski, chief strategy officer at AST SpaceMobile, said that initial customer-focused services offered in 2024 will be “intermittent”. AT&T is also being coy about what the new service will cost subscribers, saying only that it is "too early" to determine if extra charges will be levied. In other words, when the time comes, you can bet they will be. Meanwhile, AT&T is already in partnership with another satellite company, OneWeb but, to date, no commercial consumer services have been announced or introduced.

The global smartphone market seems to be continuing on its downward spiral. According to the latest research from Counterpoint, the market saw a year-on-year decline of 3% in the third quarter of 2022, with market revenue reaching just over $100bn. In terms of shipments, the market experienced a 12% year-on-year slide in the same period. However, a 10% year-on-year growth was recorded in the average selling price (ASP), with the main contributor being the premium segment thanks to its “greater resilience to economic uncertainty”, helped by “record shipment contribution (46%) of 5G handsets”, which cost five times an average smartphone that is incapable of using 5G. “This shift from 4G to 5G has been led by Apple, which alone makes up for over half of all 5G revenues as over 95% of its phones are 5G-enabled,” said Harmeet Singh Walia, senior analyst at Counterpoint. Read more.

Credit to mobile operator Three UK, which has awarded its 2,500 retail outlet staff a further pay rise in addition to one it rolled out earlier this year. As a result of the new hike, which comes into effect on 1 January 2023, hourly pay outside London has grown 23.7%, and 16.8% for those working in London, since December 2021, according to the operator. Read more.

EE, the mobile unit of UK operator BT, has switched on 4G coverage at six London Underground stations. Live 4G connectivity was enabled at Holland Park, Notting Hill Gate and Queensway stations yesterday, covering parts of the Central line, while Northern Line stations Archway, Tufnell Park and Kentish Town saw the technology go live on this morning. BAI Communications’s multi-carrier network now links the tunnels and stations of the UK capital’s tube system “both with each other and, crucially, with the outside world”, EE noted in its statement. The infrastructure will also be 5G-ready and will enable “seamless” ongoing upgrades in the future as both 4G and 5G are expected to be rolled out concurrently. EE will test its service over the Christmas holidays before extending it to other underground stations. Its goal is to cover the entire London Underground system with 4G by the end of 2024.

France-based satellite service provider Eutelsat has put a price tag on the financial hit it will take from suspending television programmes in Russia and Iran, in compliance with the French Regulatory Authority for Audiovisual and Digital Communication (ARCOM) and European Union regulations. In Russia, it has stopped broadcasting three TV channels, while in Iran it has ceased “all Islamic Republic of Iran Broadcasting (IRIB)-related broadcasting activity”, it said in a statement. These measures are estimated to wipe a total of between €10m and €15m off its group revenues, and reduce its EBITDA by between €15m and €20m for financial year 2022-23. The company has adjusted its objective for the period, to an overall revenue of between €1.135m and €1.165m.

Mark Zuckerberg continues to ignore advice and says next year he will pump 20% of Meta’s (aka Facebook) annual spending on its Reality Labs (metaverse) division. Meanwhile there is growing disquiet on the part of investors, analysts and Wall Street and the share price of Meta Platforms (as the dream/nightmare project is officially called), has tanked by 70% since the summer of 2021. Nonetheless, for Zuckerberg the metaverse is the be-all and end-all of his aspirations and attention, and he’ll continue to fund it, regardless. Perhaps it is time for someone at the company to speak truth to power and remind the ageing wunderkind of the brief life of the failed ‘large language model’ Galactica. Large language models (LLMs) are artificial intelligence (AI) tools that can read, translate and summarise texts and even predict future words in a sentence. This ‘ability’ allows sentences to be generated that are claimed to be ‘similar’ in structure, context and content to the ways in which humans talk and write. Presented as ‘expert systems’, the fact is that they are nothing more than mindless bots that simply mimic what they ‘read’ and churn out content that can, and does, reproduce, reinforce and promote lies, obfuscation and prejudices as facts. Nonetheless, LLMs are attractive to big tech companies because of their potential to attract and create lucrative sales opportunities via their expected huge impact on society. They are also privately owned and either largely or completely unregulated. Meta built Galactica ostensibly to appeal to the global scientific community. According to the company, it contained “48 million examples of scientific articles, websites, textbooks, lecture notes, and encyclopaedias”. Meta said Galactica was a timesaving resource and an alternative route to “summarise academic papers, solve math problems, generate Wiki articles, write scientific code, annotate molecules and proteins, and more”. The reality was a mishmash of machine-written gibberish the origins of which, in many cases, was attributed to real scientists. Infamously, the Galactica bots also produced articles about the history of bears in global space programmes. It seems Winnie-the-Pooh was the first ursine astronaut. Within hours of the launch of Galactica, the scientific community was up in arms about it, some were amused by its vagaries, others were bemused and many were vitriolic in their criticism. Yet another example of Zuckerberg’s penchant for hubris, Galactica lasted three days. It was launched on 15 November and was gone and history by 18 November. A Meta mortal later tweeted: “Thank you everyone for trying the Galactica model demo. We appreciate the feedback we have received so far from the community and have paused the demo for now.” However, the company continues to “believe this will be the next interface for how humans access scientific knowledge” because LLMs can “potentially store, combine, and reason about” information. And potentially any US-born citizen can become president.

French regulator Arcep is extending the availability of “a trial platform in the 3.8 – 4.0 GHz band for manufacturers and market players wanting to experiment and test new 5G use cases” until the end of 2023 to capitalise on the success recorded this year. Arcep says it has awarded 25 trial licences since March this year to companies from “an array of economic sectors, including manufacturing, energy and health and special events… in several regions in Metropolitan France. Read more.