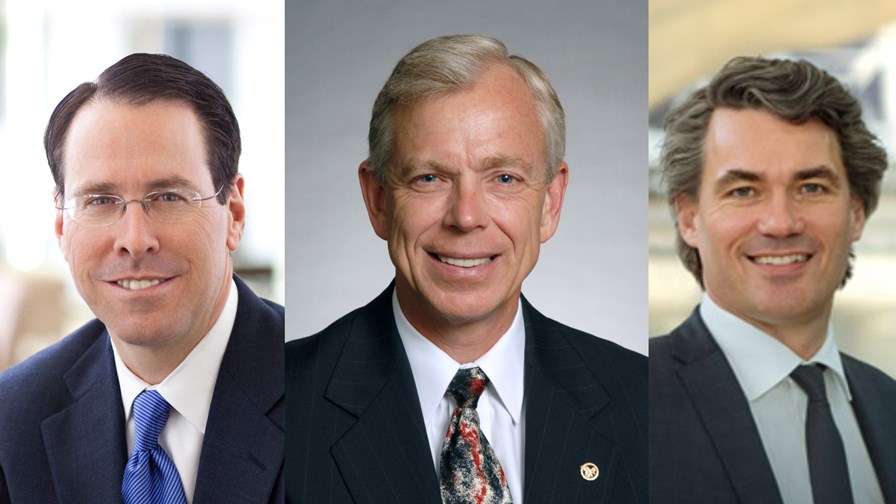 It’s proving to be quite an entertaining end to the year for 5G. Verizon continues to shake the establishment with its disruptive attitude to 5G, in much the same way as Samsung is sticking its oar into accepted architecture designs. Meanwhile, Huawei is innovating like crazy and working with as many telco partners as it can to establish itself as the number one vendor in the area (arguably, it already has). So much for Ericsson’s leadership in cellular infrastructure.

There’s a changing of the guard with 5G and not just with regards to vendor dominance. For the first time in many years, a sleepy telco community is awakening and (slowly) becoming more pro-active in the 5G negotiations and technology development. Evidence of this today comes from Verizon and BT.

BT looks to assert itself in the mobile space

BT first: the UK telco has signed a partner agreement with Huawei to conduct joint research into 5G, covering the technical requirements and commercial feasibility of deploying services. The two companies will work together at BT Labs in Ipswich and other sites around the UK. Work will focus on network architecture, the NR air interface, network slicing (good luck with that!) and security.

“We are determined to maximise the potential of 5G for our customers, so collaborative research has a key role to play as the technology develops,” said Gavin Patterson, CEO of BT. “This partnership with Huawei will see us explore the potential uses and make sure 5G is designed to meet the needs of our consumer and business customers throughout the world.”

The joint 5G research programme will build on a number of recent collaborations between BT and its vendor partner Huawei. Most recently, the two companies announced trials of a 3Tbit/s data transfer over BT’s core network, as well as pioneering research into 40Gbit/s speeds in the Openreach access network. After years without a mobile play, BT’s acquisition of EE puts it firmly back in the game, with plenty of spectrum to boot. However, whether or not 5G results in a unified network for mobile and fixed access is still being debated by the standards groups.

“We are very proud of our work with BT over the last eleven years,” said Ken Hu, Deputy Chairman of the Board and rotating CEO at Huawei. “We have conducted joint research and development activities which have led to new products and solutions and with 5G we look forward to continuing this fruitful partnership. The partnership also demonstrates Huawei’s continued commitment to partnering with world-leading business and academic organizations in the UK to further research and development.”

Over in the US, a distinct strategic difference is emerging between the two leading telcos, Verizon and AT&T. Both are already heavily active in 5G, naturally. AT&T is even busy developing its own prototype technology for testing and trials, not relying on vendor input. Yet whereas AT&T adopts a more “establishment” attitude towards the development of 5G, going along with and supporting a calm, measured, global approach, Verizon is rattling the cage.

Yet more evidence of this came this week at the UBS Global Media and Communications Conference. Both Lowell McAdam, CEO of Verizon, and Randall Stephenson, CEO of AT&T, were keynote speakers. Yet whereas Stephenson barely mentioned 5G, preferring to focus on its recently enhanced video content services, McAdam went full tilt at 5G.

Referring to the recent trials with Intel and Ericsson in Austin, Stephenson added: “We do believe a ubiquitous 1-gig network is eminently achievable. And by the end of this decade, you'll be seeing these kind of services [referring to the company’s new video streaming] turned up. I think, we're all going to be kind of in a push to bring that forward as much as possible. We're trying to get standards set and so forth. But as you get to a 1-gig plus kind of a ubiquitous wireless service, of course, that can be a fixed line replacement.”

And that was basically all he had to say about 5G. So yes, he’s keen to get the 5G process moving as fast as possible, even faster than the ITU’s 2020-based timetable. He’s also talking gigabit access and the emerging use case of fixed-wireless access, in line with Verizon’s approach, but you feel he had to say that just to keep up with Verizon’s statements. Don’t get us wrong, AT&T is going to be one of the main drivers of 5G development globally, but we feel that it is going to be far more supportive of the 3GPP’s work and timescale (which is already under intense strain) than Verizon.

Verizon continues to play the rebel

Verizon is positioning 5G as a central and critical element of its strategy and is being very public and vocal about it. The telco appears to have no intention of conforming to accepted timelines and wants to lead the way with service introduction.

“We will be in pre-commercial trials in first quarter of this year [2017],” said Verizon’s McAdam, according to the company’s own transcript of his keynote. “We have moved that up from a general 2017 comment. So let's be clear on what we mean by 5G. I call it wireless fibre. If you think about the way we deploy Fios today, we go fibre all the way into the home and then WiFi within the home. This will allow you to stop anywhere from 200 feet to 1,000 feet, somewhere in that range we think, from the home and then make it a wireless last leg into the home. And I think that is going to be the predominant architecture for wireless service going forward.

“Obviously if you have large multiple dwelling units, high-rises, large businesses, you can take fibre the rest of the way in. Our plan is to offer 1Gbit/s broadband service to them and an over-the-top bundle. We could go all the way to a 300-channel bundle.

“We got that several hundred megahertz of bandwidth, that millimeter wave bandwidth, which now is approved and we can move forward with that deployment very rapidly. So the devices are going to be extremely simple. It is basically the kind of router that you have in your home only with a 5G chip in it versus the fibre conversion chip. So the time to market is greatly compressed for us. We don't need to worry about handsets and tablets and mobility handovers and that sort of thing. That is the business case that proves 5G.”

Aggressive? You bet, and further evidence that fixed-wireless is likely to be the first major application of 5G. McAdam is also determined to speed up the standards process: “So what happens with use cases around autonomous cars and tablets and those sorts of things? That will be dependent on the standards bodies, which everyone speculates is 2020; I think it might be a year earlier than that. There is a lot more interest around those standards at this point, but by that point, we will be two, three years out ahead of the competition on this sort of a deployment. Others are going to have to wait for that spectrum to be found, to be auctioned.”

One other interesting point to come out of McAdam’s forthright keynote was his take on small cells and network densification. Focusing first on San Francisco, with the need to accommodate massive traffic increases for the Super Bowl game, Verizon spent $70 million on splitting cells into small units and achieved the same capacity gains that they would have achieved from 10MHz of new spectrum, which would have cost orders of magnitude more money. Next up is Boston, which McAdam sees as “the prototype of the architect for the networks to come”.

“We are going out and putting $300 million and we're going deep into the neighbourhoods and, as we do this, we are working with other companies to put in a smart city sort of architecture,” explained McAdam. “And one of those is that you replace the street lighting. Every one of those poles has the capability of being a 4G cell site as well as a 5G cell site.”

For its first 5G-type deployments though, Verizon will be testing in small towns from early next year, using “pre-commercial” architectures. “We won't be charging for the service, but we will be learning from it and figuring out the distance between the transmitter and the receiver in a 5G environment,” said McAdam.

If Verizon gets pre-commercial 5G designs working by early 2018, adding in standardised (or near standardised) elements as and when they become available, then it can theoretically launch a much wider coverage service by 2019, if not earlier, and gain a significant marketing and PR advantage over AT&T and others. It also has the chance of influencing standards decisions by virtue of having equipment and designs out in the field and operational.

As we at TelecomTV keep saying, 5G is a game changer. So much so that there is every possibility of a schism developing in the global community, which would be to the detriment of all. First-mover advantage is hard to resist, but surely not at the expense of fragmented or weakened standards.