US senator tells British MPs that Huawei is "a criminal organisation" 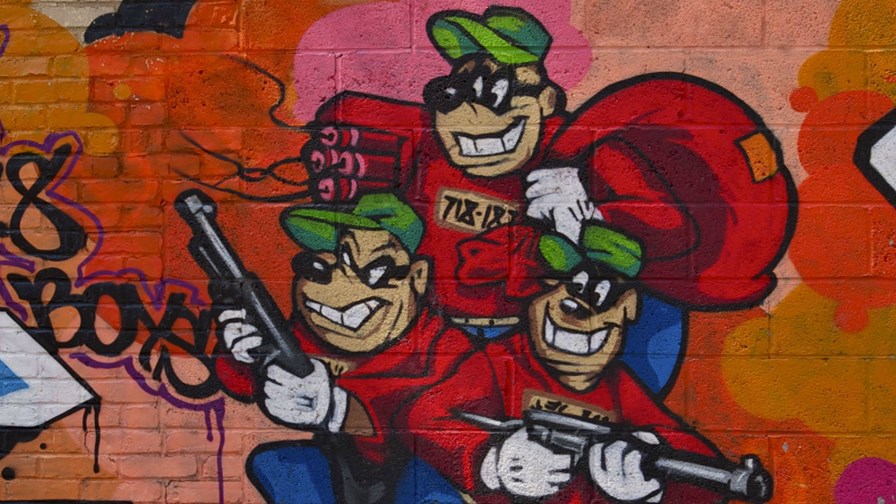 The Huawei row rumbles on - on both sides of the Atlantic. In the US, the Trump administration has banned American companies from trading with Huawei after accusing the Chinese communications equipment manufacturer of spying, endangering US national security and of the wanton theft of intellectual property (IP).

The prohibition is set in and around any and all technology relating to 5G, which is a political 'red' hot potato in the US and in the UK too, but a slightly cooler side plate of mash with cheesy peas in other parts of the world. The American stance on Huawei, as well as sparking an escalating trade war with China, is also exacerbating the increasing deterioration of political discourse and accommodation between the US and Chinese governments.

In the US, the development and deployment of 5G is being presented as a 'race', and it is one that, according to Attorney General William Barr, China is winning. He says, "Our national security and the flourishing of our liberal democratic values here and around the world depend on our winning it. Future 5G networks will be a critical piece of global infrastructure, the central nervous system of the global economy. Unfortunately, the PRC is well on its way to seizing a decisive 5G advantage."

"If the PRC wins the 5G race, the geopolitical, economic, and national security consequences will be staggering. The PRC knows this, which explains why it is using every lever of power to expand its 5G market share around the globe. The community of free and democratic nations must do the same." Meanwhile, the US Department of Defense regards 5G as "a critical strategic technology" for geopolitical and geo-economic advantage. The stage is set and the stakes are high and tit-for-tat sanctions between the US and China are now the order of the day and on into the future.

Meanwhile, over in Britain, Prime Minister Boris Johnson, in the early, easy salad days of his administration (a whole five months ago when he only had to "get Brixit done" before taking a well-earned free Caribbean holiday) as compared to the maelstrom of madness and misery he now faces, went against the 'advice' and blandishments flowing from the White House and decided that Huawei kit would be allowed into the UK's 5G network - but only in 'non-core, non-sensitive' parts of it, primarily antennas and and base stations, and then only to a level of 35 per cent of installed equipment.

This statement of independence from an independent state drew immediate disapproval from the right-wing of the ruling Conservative party and, more importantly, US authorities brought immense pressure to bear and agitated for the decision to be changed. Threats were made that the "staggering" "brilliant" and "unprecedented" proposed free trade agreement between Britain and the US would be at risk. Furthermore, US security and spy agencies said they would lower their "ability to share the most sensitive types of intelligence"with the UK if Huawei equipment isn't torn out of British networks.

As a result, Boris Johnson has done another of his occasional twirls and will now reduce the amount of Huawei kit in UK telecoms to zero by 2023, at the latest. By doing his about-turn the trade deal with the US will be back on the agenda and glow-in-the-dark chlorinated chicken will soon be a firm, indeed compulsory favourite on British family menus.

The Prime Minister has received the Trump administration's message loud and clear and pirouetted to obey it, but the "special relationship" means there's never any harm in ramming home a point more than once, just to keep the government on its toes and aware of who really calls the shots.

Thus, Tom Cotton, a US republican senator representing the state of Arkansas, for reasons that are not immediately apparent, and socially distanced by several thousand miles from the Mother of Parliaments, has spoken at a meeting of the defence subcommittee that is tasked with examining in detail the (now all but defunct) proposal to deploy up to 35 per cent of Huawei 5G equipment in UK network.

Senator Cotton told the British Members of Parliament that UK Huawei equipment embedded in the 5G network would "be the same as if we had relied on adversarial nations to build our submarines or our tanks. It's just not something we would ever have considered."

He added that the US would "welcome" the UK removing Huawei infrastructure "even earlier" than 2023 because the sooner it is gone the less chance there will be of the People's Liberation Army hacking into the electronics and software of F-35 fighter aircraft. He added that if Huawei kit is allowed to remain a part of UK comms infrastructure, US airmen "could be at dangerous risk".

Back home in Dixie, Senator Cotton has just proposed an amendment to the US 2021 National Defense Authorization Act that would prevent the deployment of the planes in any country that uses Huawei equipment. His rationale is that China is using Huawei in "attempting to drive a high-tech wedge” between Britain and the US and that if Chinese infrastructure is permitted in the UK's 5G network military aircraft, crew and support staff would be withdrawn from the country for their own safety. Currently some 50 F-15s are based at RAF Lakenheath in Suffolk, eastern England.

One of the members of the Defence sub-committee, the Labour MP Kevan Jones, called Cotton's utterances "a threat to change the policy" of the elected British government. That raised the Senator's hackles and in a testy response in a bad tempered meeting said, "Why are you so eager to put a criminal organisation's tech into your networks? I'm speaking, let me finish. Organisations whose technology is being used to repress millions of Muslim minorities in Xinjiang province, a serial sanctions violator, networks in Iran and Syria. Why would you be so eager to use this technology?"

Kevan Jones answered back, "Senator, you have Huawei equipment in your 3G and 4G networks, are you going to rip that out?" To which Cotton replied "yes" and added that the use of Huawei equipment in US networks is "much less anyway" than it is in UK networks.

In a press statement released after the meeting ended, Victor Zhang, the managing director of Huawei UK wrote, "Today's committee concentrated on America's desire for a home-grown 5G company that can 'match' or 'beat' Huawei. It's clear its market position, rather than security concerns, underpins America's attack on Huawei as the committee was given no evidence to substantiate security allegations. We welcome open and fair competition as it fosters innovation and drives down costs for everyone."

Well, when Huawei equipment is ripped out of British 5G networks, as it now surely will be, (or maybe not depending on the result of the US presidential election in November), Ericsson of Sweden, Nokia of Finland and Samsung of South Korea stand by, willing, ready and able to provide that competition, although it is unlikely they will be able to match Huawei prices. Independence costs.

Meanwhile, China has already said that "If the US further blocks key technology supply to Huawei, China will activate the ‘unreliable entity list,’ restrict or investigate US companies such as Qualcomm, Cisco and Apple, and suspend the purchase of Boeing airplanes."