US businesses show support for 5G as FCC causes uproar over 3.5GHz licensing 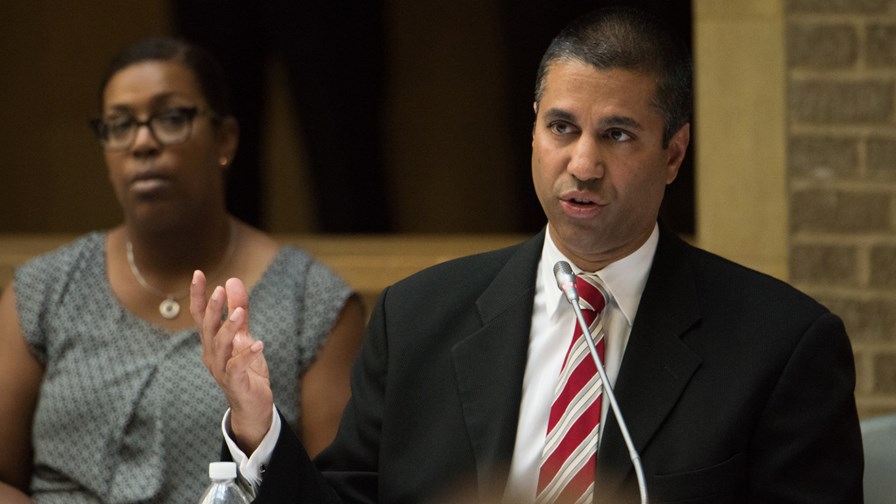 On the day that the US wireless association, CTIA, publishes results of a survey of business leaders in key vertical industries that show most believe 5G will positively impact their businesses, the national regulator, FCC, stirs up controversy with plans to rework the licencing of 3.5GHz spectrum.

Positive news first, then we’ll move on to the thorny issue of new wireless licences.

The CTIA commissioned Harris Poll to survey 507 business leaders across the healthcare, transportation, energy and manufacturing industries and canvas their views on 5G. Seven out of ten say they believe the US “must win the global 5G race” to stay economically competitive, according to the CTIA. Assuming there is (or needs to be) a race between political and economic regions, of course, and that being first bestows a significant advantage.

The survey also found that 80 per cent of business leaders believe 5G will “positively impact their businesses” and 62 per cent say they are planning to invest more in wireless technologies next year. It also found that almost 9 out of ten business leaders surveyed rely more on wireless today compared to five years ago, and 87 per cent view wireless as “very important” to their business.

“Key corporate executives know the US needs to lead the world in 5G because wireless leadership is critical for their continued global competitiveness,” said Meredith Attwell Baker, President and CEO, CTIA. “The global race to 5G is on and this is a race that America has to win.”

Rather like the GSMA, there’s usually a political angle to the CTIA’s announcements and reports. This time it’s about spectrum. The CTIA wants policymakers to make additional spectrum available for wireless broadband, modernise infrastructure rules and ensure regulations and tax policies incentivise wireless investment. Only then, says the CTIA, citing a recent Accenture report, will the US wireless industry be able to “invest a projected $275 billion to deploy 5G, creating over 3 million new American jobs and adding $500 billion to the economy.”

Selected findings presented by the CTIA (the full survey results are not available) include:

Not all is rosy in Wireless Land

The CTIA’s survey results were published to coincide with the first bipartisan 5G Caucus briefing, co-chaired by Representatives Susan Brooks and Debbie Dingell – who also introduced House Resolution 521 last month in support of facilitating the deployment of 5G mobile networks.

“Rep. Dingell and I are excited to lead on this issue in Congress and introduce the 5G Caucus together,” said Brooks, “which will further emphasize the importance of ensuring our laws keep pace with innovation.”

But not all is rosy in Wireless Land. As the CTIA was hosting the 5G Caucus meeting, the FCC was proposing revisions to its rules for the 3.5GHz band to, in its own words, “promote investment, keep up with technological advancements, and maintain US leadership in the deployment of next-generation services”.

Surely nothing wrong with that, you would think? But the problem lies in the move to change the rules governing the second service tier, known as Priority Access Licenses, of the band’s rather complicated three-tier framework involving spectrum sharing. These changes include longer license terms with the possibility of renewal, larger geographic license areas and modifications to the rules governing license auctions.

Telcos to get a bigger slice of the Pai?

According to FCC Commissioner Pai and fellow supporters O’Rielly and Carr (Commissioners Clyburn “concurred” while Rosenworcel dissented), these changes could “help increase incentives for investment, encourage more efficient spectrum use, and promote robust network deployments in both urban and rural communities”.

Why the proposed rule changes? Most likely because the 3.5GHz spectrum is rapidly becoming a core frequency band for future 5G services, and that means that Big Telco has its eyes on the prize.

“This rulemaking takes what was most innovative about our existing 3.5GHz model and casts it aside in favour of existing business models,” explained Rosenworcel. “This is short sighted. As our national providers grow bigger and fewer in number, the power of using auctions as a tool for distribution is compromised. Simply put, we need more entities interested in opportunities in our airwaves.”

And more practical points, she adds: “Our 3.5GHz framework was ready to go. Millions of dollars have been invested. More than 200 experimental authorizations have been granted. Protocols are well underway. Product certification programs have already begun. All of that, however, stops short with this rulemaking.”

For his part, Chairman Pai had surprisingly little to say, merely noting that he had given O’Rielly the lead in examining the 3.5GHz rules and that this revised position “is the direct result of his efforts”. Buck nicely passed.

“CTIA applauds the FCC for proposing common sense changes to the 3.5GHz band,” said Scott Bergmann, VP of Regulatory Affairs at CTIA, which is understandably excited about the move as it directly benefits its members.

“The proposals merely parrot policies favoured by a handful of large wireless carriers and their equipment vendors,” said Phillip Berenbroick, Senior Policy Counsel at Public Knowledge. “This Commission has inexplicably chosen to reverse itself without any explanation or new data. The fact the agency didn’t even pretend to do its now-customary faux cost-benefit analysis to roll back this Order illustrates how little support or justification there is for the Commission’s action.”

“Rolling back the 3.5GHz licensing Order will undo years of the FCC’s work to promote both targeted rural wireless deployments using the 3.5GHz band and efficient uses of limited spectrum,” added Berenbroick, noting that if adopted would “vastly increase the cost of licenses, preventing rural wireless broadband providers and new entrants from using the band to provide competitive, targeted wireless deployments in unserved and underserved rural communities.”