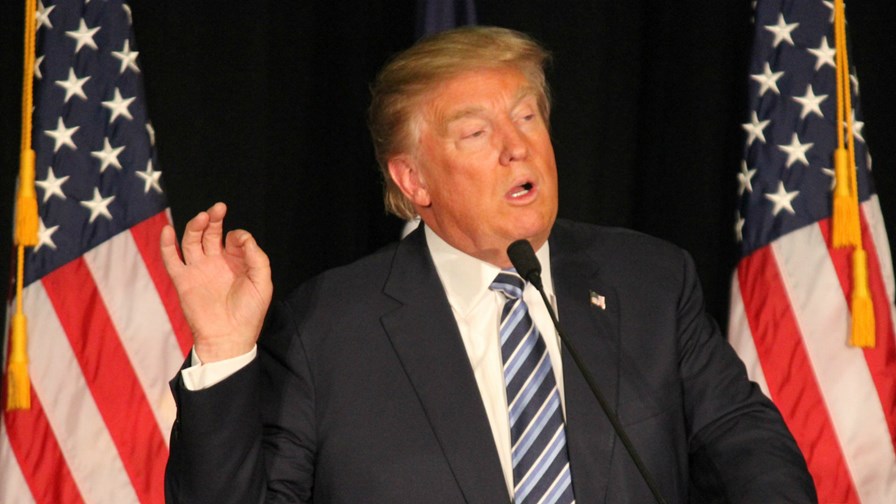 President Trump has upped the stakes in his trade dispute with China by yesterday announcing an outright ban on US telcos installing any foreign-made equipment that could pose a threat to US national security.

The move is understood to be the next ramp-up in the battle against Huawei and is deemed to be aimed at Chinese firms in particular. But the administration has added a new twist. It will now be up to the US Commerce Secretary to ban any transactions “posing an unacceptable risk” security-wise and this means almost certainly halting the supply of critical IT components going from America to China. Readers will remember how a similar ban on US technology sales brought Huawei’s little brother, ZTE, to its knees in April 2018 when the US government banned it from buying components from American firms, essentially for breaking a US technology embargo. ZTE was nearly wiped out by the move, it was claimed at the time.

This new blanket order has already seen the Commerce Department separately announce that Huawei and “dozens of its affiliates,” according to the New York Times, are to be deemed a risk to national security and will be prevented from buying American parts and technologies without seeking US government approval.

This new escalation surely has potential implications for many of Europe’s big telcos who have already decided to go with Huawei, who, it should be pointed out, has specialised on so called ‘mid-band’ 5G which most of Europe is supporting at launch this year.

After all, Huawei knew it was unlikely to do well in the US where  anti-Huawei rhetoric had been brewing for several years, so had effectively eschewed the higher frequency technology currently required there (although mid band spectrum licensing is now in the works).

With this latest move, as well as upping the immediate pressure on China and Huawei (the action against Huawei is not unconnected, shall we say, to US trade negotiations)  the US administration may be casting a broader net to forestall any long term seepage of Huawei equipment or software into US infrastructure via third party companies based outside China.

If so, that’s an explicit threat to European 5G deployments (which, by the way, the US is also determined to outdo).

So the administration may be looking ahead to try and prevent the transfer of US high tech components to support existing Huawei technology deployments in Europe, shipping from the US to China via third party countries, or perhaps even from US to affiliated companies outside China and then on to 5G installations in Europe.

Huawei has reacted to the news predictably, reasserting its independence from the Chinese government, pointing out that in 32 years there have been no significant cyber-security issues with its equipment, and so on.

But the official statement also unpacks an angle that has so far been under-used by the Chinese:  that the US rhetoric is simply behind the times and doesn’t exhibit an understanding of the subtleties of the modern global high tech market.

Talking about ‘trade secrets’ for instance. In a standards driven, increasingly open source telecoms world, what exactly is a trade secret? And why would keeping one matter that much?

The implication in the way the US administration is responding appears to be that we’re all playing a so-called ‘zero sum game’ where a leg up for China Mobile must be a leg down for Sprint (or whoever). But in telecoms the trend is to mutual benefit through openness and sharing, not pulling intellectual property closer to the national chest so that it can be exploited.

And then there’s technology business models. I remember when Huawei was first making its mark in Europe - in this case at KPN in Holland. KPN executives expressed themselves amazed at the level of commitment and support they were getting from Huawei.

An army of Huawei engineers were moved into KPN headquarters to assist in the deployment (switches probably). That approach has continued and has much to do with Huawei’s success. The underlying technology in an increasingly standards-driven, open and virtualised environment is mostly just... well, standard. The differentiation comes in support and expertise. And that’s not something that can be patented and made secret. Well, not yet.